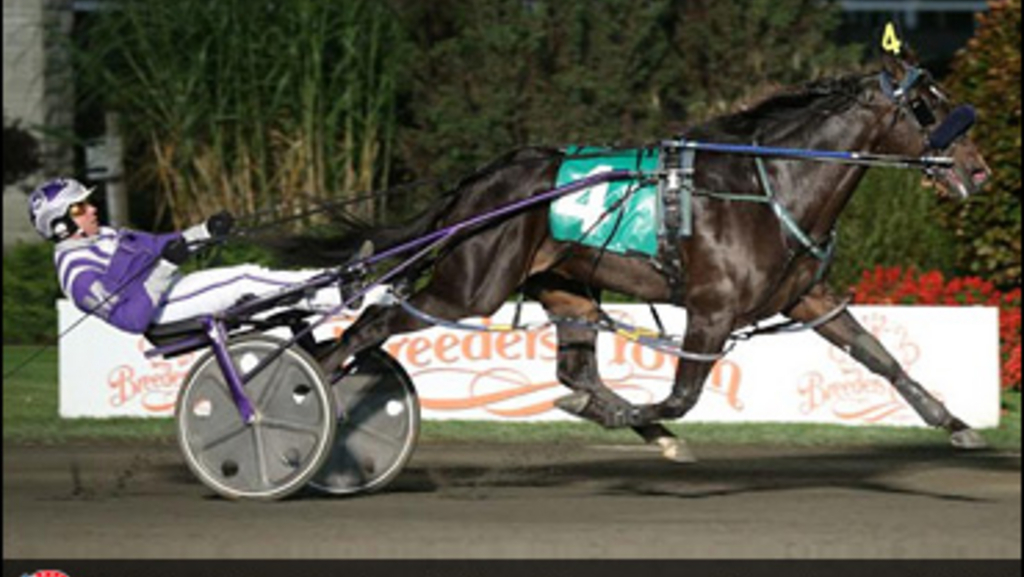 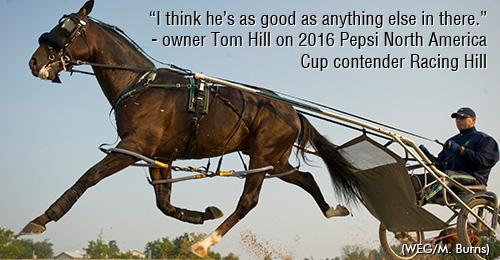 The Roll With Joe-Chasing Ideals colt regrouped from a brief break in stride in the stretch and finished third in the fastest of two eliminations behind runner-up Lyons Snyder and 1:49.1 winner Betting Line. Racing Hill drew post six and will be driven by Brett Miller, with trainer Tony Alagna making a shoeing change from steel to aluminum for the final, a race that's definitely high on the Hamilton, Ont.-based owner's personal bucket list.

"It's one of the races I would really like to win...probably the race I would like to win. I came second with Art Colony in 2009. He finished second off the seven-hole. So we drew the six-hole, which is one better, so I'm hoping we [finish] one better this time."

To view the entries for Saturday's card at Mohawk or a free program for Mohawk’s Saturday card, courtesy of TrackIT, click on one of the following links: Saturday Entries -- Saturday Program Pages.

TSN2 will televise the Cup final live on Saturday. First-race post time for Mohawk’s Saturday card of racing is 6:30 p.m. The NA Cup has been slotted as Race 12 on the 15-dash card and has an approximate post time of 10:40 p.m.

Mohawk will offer three Pick-4 wagers Saturday, including an All Stakes Pick-4 with a $100,000 guaranteed pool, comprising Races 9 through 12 and featuring the Roses Are Red, Mohawk Gold Cup, Fan Hanover and Pepsi North America Cup.