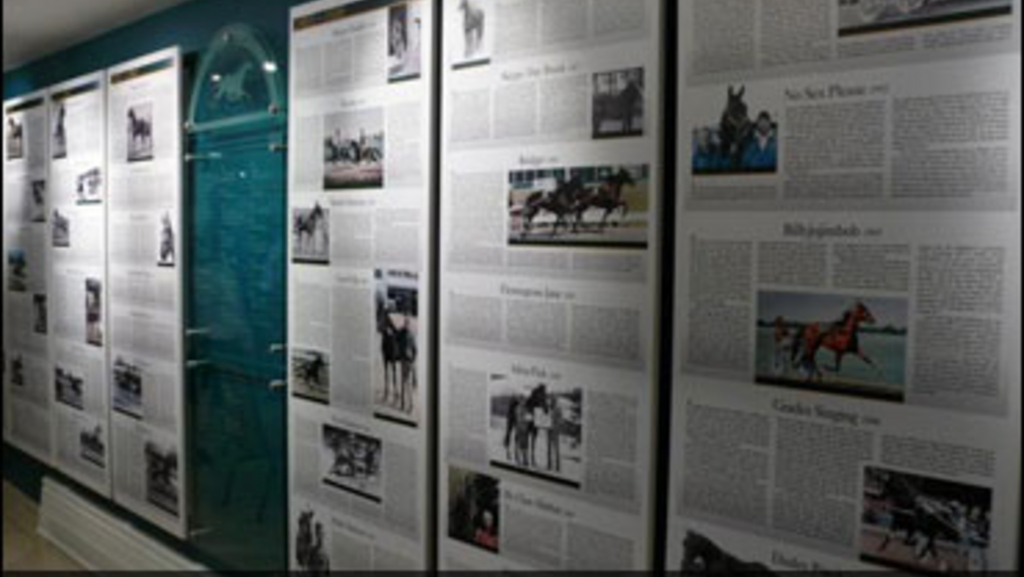 It's no wonder the 2013 Pepsi North America Cup field has displayed such immense talent heading into the $1 million race this Saturday at Mohawk Racetrack with connections running deep to some of the sport's most celebrated horses and horsemen.

Nine starters in the 10-horse field as well as the 'Also Eligible' have connections to Canadian Horse Racing Hall of Fame inductees.

Here is a look at a horse by horse breakdown of the 2013 Pepsi North America Cup field’s Hall of Fame ties.

Apprentice Hanover – Sired by 2009 inductee Somebeachsomewhere, who also traces back to Cam Fella (1986) and Matts Scooter (1992).

Fool Me Once – Sired by Art Major with connections to 2013 Hall of Fame inductee Niatross and 1976 inductee Silent Majority, can also be traced back to Cam Fella through his mother Fool That I Am, who is a great-granddaughter of Cam Fella.

Captaintreacherous – Sired by Somebeachsomewhere with Cam Fella and Matts Scooter connections as well as having Hall ties on his mother’s side. Worldly Treasure is a great-granddaughter of Niatross and Silent Majority.

Twilight Bonfire - goes back to Cam Fella through the mare Firelight Dancer, who is a Cam Fella daughter.

Wake Up Peter – Niatross shows up in this horse’s pedigree through his mother Lovely Lady, who is a great-granddaughter of the 2013 inductee. Wake Up Peter's sire Rocknroll Hanover is a daughter of 2009 inductee Rich N Elegant.

Sunshine Beach – Sired by Somebeachsomewhere, who in turn traces back to Cam Fella and Matts Scooter as previously mentioned. His mother Light Up also traces back to Silent Majority.

Odds on Equuleus - Driven by Hall of Fame driver John Campbell (1987), Odds On Equuleus has Hall bloodlines on both sides of his pedigree. His dam, Latte Lady is a great-granddaughter of Cam Fella while his sire, Art Major, is a great-grandson of Niatross. Both sides also trace back to Silent Majority.

Captive Audience – Shares the same sire line as Odds on Equuleus as a son of Art Major, a great-grandson of Niatross and Silent Majority.

Varadero Hanover - Sired by Somebeachsomewhere with connections further back in his pedigree to both Cam Fella and Matts Scooter.

(With files from Canadian Horse Racing Hall of Fame)