Gallucci And Millar Looking To Build On Strong OSS Start 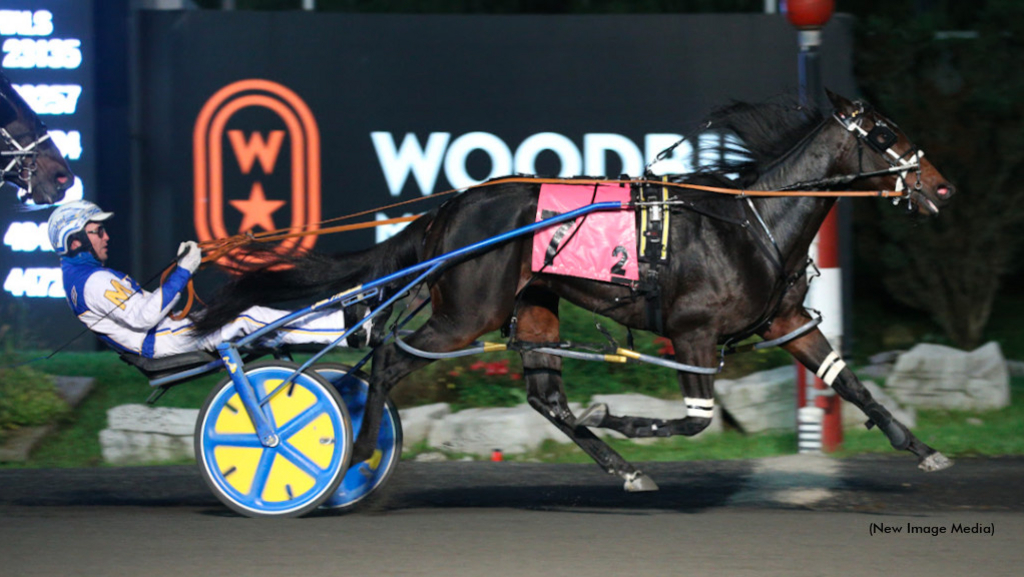 After a dream Ontario Sires Stakes season in 2021, Stouffville, Ont. trainer-owner duo Nick Gallucci and George Millar are off and pacing in 2022, with three wins from three starts. The pair will look to build on their early success this week in Gold and Grassroots action at Woodbine Mohawk Park.

Prohibition Legal, a 2021 O’Brien Award winner, will make her OSS return alongside her stablemate Silver Label, in the lone $199,900 Gold division for three-year-old pacing fillies on Saturday, June 4 at Woodbine Mohawk Park.

In a stroke of unusual luck, Silver Label drew the outside post 10 and Prohibition Legal will be the trailer leaving from post 11.

“Those two fillies are as good as they are going to be right now,” said Millar. “They are sharp and have races under their belt. Even with [those posts], I think they are both going to give a good account of themselves.”

Prohibition Legal made nine starts and won eight of them in her O’Brien Award-winning novice campaign. The daughter of Big Jim had an impressive third-place finish against a strong field of older mares to start this season on May 20 at Mohawk.

“What she did against the aged mares was unreal,” said Gallucci. “She paced the last three-quarters of a mile in 1:20. She won’t have to pace that fast all year, even when she gets into the bigger races later in the season.”

In six OSS starts at two, Prohibition Legal was never bested. James MacDonald will drive the career winner of $567,564 on Saturday, as he has in each of her career starts.

“I’m more worried about [the OSS] streak getting broken than her starting from the second tier,” said Millar. “A good driver once told me that horses that can take air can overcome a bad post and we know she can take a fair bit of air.”

As a two-year-old, Silver Label was a finalist for the O’Brien Award her stablemate won. The daughter of Bettors Delight comes in off a win in her season's debut in the SBOA Stakes on May 21 at Woodbine Mohawk Park.

“I’m from the school of thought where if you race hard at two, they might not come back as strong at three,” said Millar. “But I’ve already seen these two go and they look stronger. Nick thinks Silver Label is stronger now than at two, which is nice because he usually knows what he’s talking about.”

MacDonald’s brother Mark will be in town to drive Silver Label, who has won seven of her nine career starts and more than $415,000 in earnings.

Gallucci and Millar will also a have pair of entrants in the three Grassroots divisions for three-year-old trotting fillies on Thursday, June 2 at Woodbine Mohawk Park.

Magic Maggie drew the four post in the first $23,400 Grassroots division with James MacDonald driving. The daughter of Muscle Mass broke stride in her first start this season but was lightly raced at two and has plenty of potential.

“I wish she had a little bit more form coming in,” said Gallucci. “But she’s a borderline Gold horse and if she puts it together, she will be a Gold horse. I hope she keeps her head in it tomorrow.”

Chris Christoforou will drive Hershey Seelster in the final Grassroots division. A daughter of Kadabra, she was third last time out at Mohawk, despite an outside post position. She’ll get some post relief Friday, starting from the three spot.

“She raced well her last start out of the 10-hole,” said Gallucci. “We have been a little more conservative bringing her back, but she came back really well. She’s going to progress through the year and turn into a pretty nice filly.”