Takter: 'Peelers' Could Take On Boys In The Jug 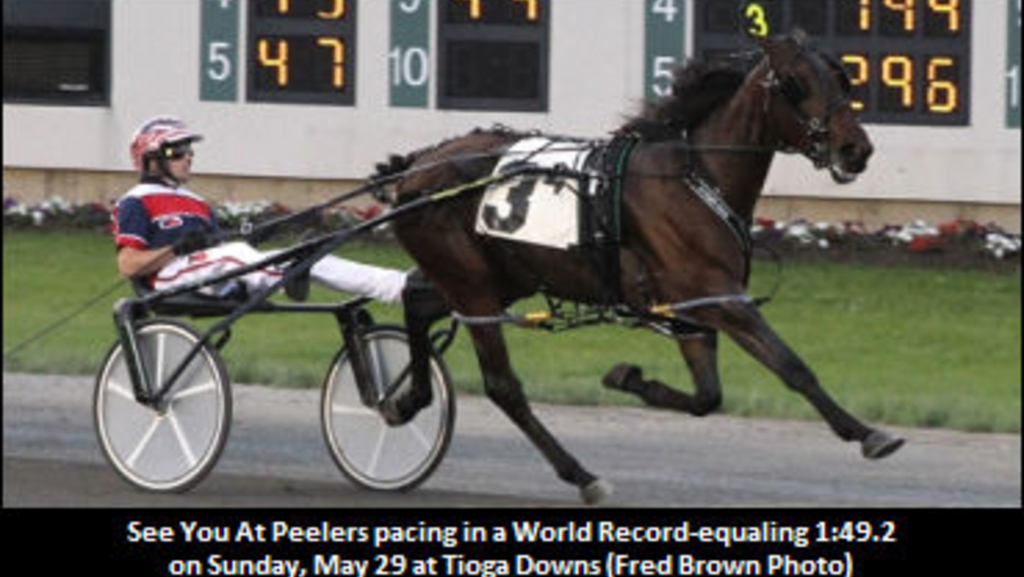 “The Jug is a long way off,” said Takter, “its only June. But if we go to Delaware she will not race in the filly division. She will race against the boys if she is up to it at that time. Over the winter, we talked about racing the colts in the Little Brown Jug, and that’s our plan.”

“She’s a monster right now,” Takter said. “You look at her and she looks no different than other horses. God just gives some horses more gifts and ability, better organs and better lungs. I think she fits Delaware very well. It is the best half-mile track in the country. If you don’t like Delaware, Ohio you don’t like half-mile tracks. And she is a good half-mile track filly. "

On Saturday, June 4 at Yonkers Raceway, See You At Peelers will be the first filly to race in the 'Rooney' since its inception in 1989. She won the Dan Patch Award as the best two-year-old filly pacer in the United States last season and is 15-for-15 in her career. She capped her juvenile season with a victory in the Breeders Crown.

She is three for three this season, including her 1:49.2 World Record performance last weekend in the Empire Breeders Classic at Tioga Downs.

The daughter of Bettors Delight--Westside Glory was bred in New York by Takter. See You At Peelers is owned by Christina Takter and John and Jim Fielding. Marcus Johansson, Jim and Christina’s son-in-law, drives the filly.

“My wife Christina came up with her name. We had bought a mare from a guy who frequented gentlemen’s clubs in Canada. These are called 'Peelers.'”

• See You At Peelers Ready For Rooney