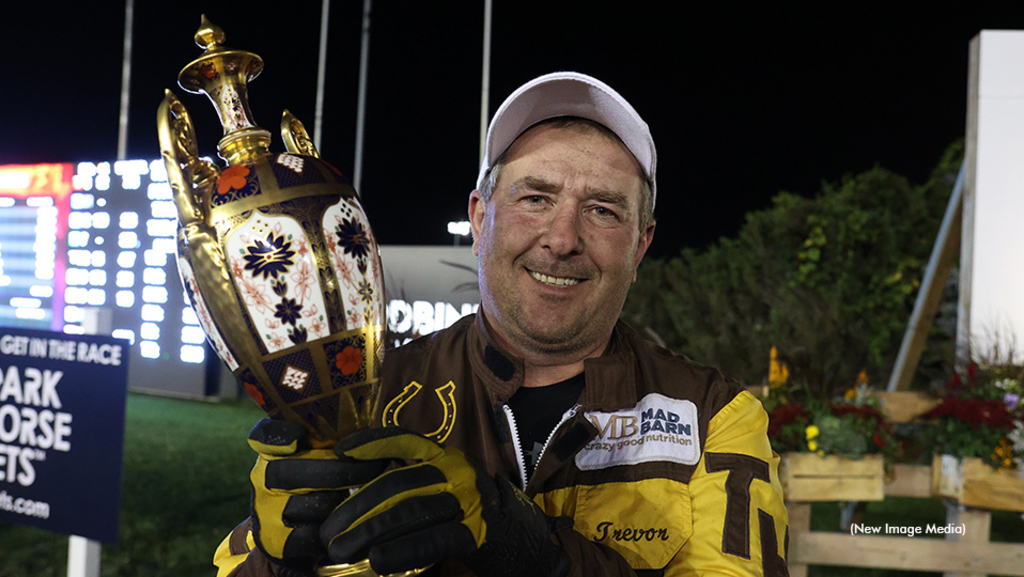 Hanover Raceway has announced that it will recognize 10-time Hanover Raceway driving champion Trevor Henry with a special day in his honour on Saturday, July 23 and many festivities taking place as part of the celebration.

The day will also be a fundraiser in support of Canadian Tire Jump Start, a program that provides kids in need the opportunity to participate in sports.

Henry will be on hand to have a meet and greet with his fans and sign autographs and take photos with them. Canada's reigning Horse of the Year Desperate Man, a horse that Henry drove to victory last season in the North America Cup and Ontario Sires Stakes Super Final, will also be at the Raceway for fans to get photos with and meet.

Desperate Man will also lead the post parade for Hanover's Dream of Glory eliminations, which will be part of the July 23 race card. His owners, John and Kathy Cecchin and Paul and Nikki Davies, have also graciously allowed the racetrack to display their 2021 North America Cup trophy and OSS Super Final trophy along with other memorabilia from his career to date.

There will also be a Trevor Henry custom made commemorative t-shirt created that fans can purchase at the event, with all proceeds going to Jump Start, as well as a silent auction that will include a signed set of Henry's race colours.

"We're delighted to have this day in honour of what Trevor Henry has meant to Hanover Raceway and it's fans over the years," said Steve Fitzsimmons, Hanover Raceway General Manager. "He has the most driving wins and driving titles at our racetrack in our history and I know our fans will be thrilled to be part of this day to honour him. A huge thank you to Trevor and Shannon Henry for being very willing to be part of our vision for having this event.

"This event has been in the planning stage for almost two years, but we wanted to wait until we could return to regular attendance levels and enjoy the social interaction with fans to make this event special," continued Fitzsimmons. "In the meantime, Trevor and Desperate Man won the North America Cup and the OSS Super Final last fall, so we reached out to the Cecchins and Davieses to see if Desperate Man could be part of this day. We're incredibly grateful that they were excited to have him be included in the day and I know our fans will be happy to meet and pet him and watch him lead the post parade for our Dream of Glory eliminations."

(With files from Hanover Raceway)