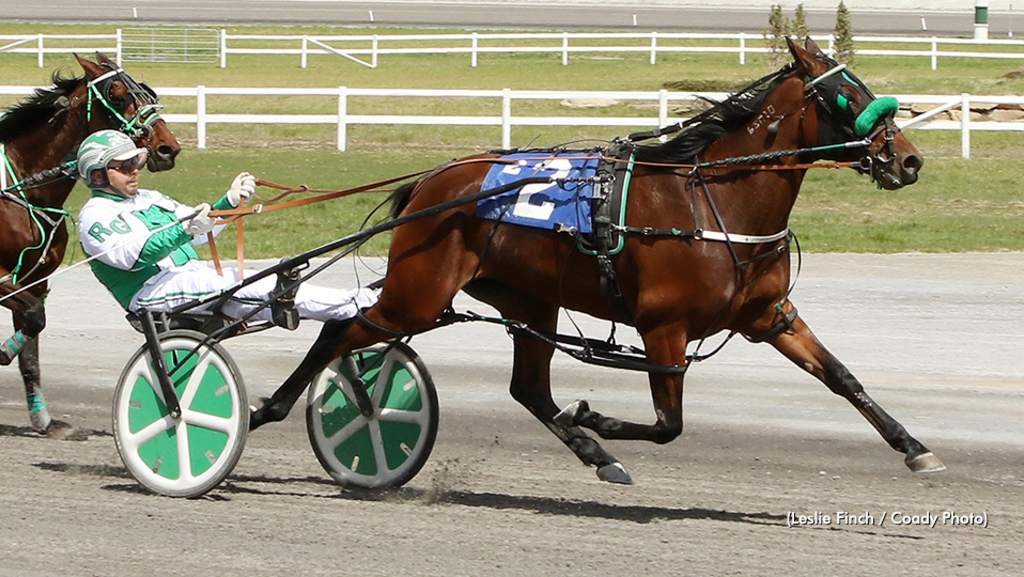 Trainer-driver Ryan Grundy grabbed control with Senga Nightmare and never turned back to post a 1:54.1 victory in taking the $10,500 Fillies & Mares Open Pace at Century Downs on Tuesday (May 31).

Parked past a :28.2 first quarter, Senga Nightmare pocketed Miss Itunes by the stands first time as 3-5 favourite Stash The Cookies shot from last to press the pacesetter first over into a :57.2 half. She remained alongside Senga Nightmare up the backside through three-quarters in 1:25.2 but levelled off the final turn. Through the stretch, Senga Nightmare strolled to a two-length victory over Stash The Cookies while Jessies Girl rallied off cover for third and Chocolate Terror took fourth.

A four-year-old mare by Vertical Horizon, Senga Nightmare won her seventh race from 14 starts this season and her 12th from 35 overall. Ryan Grundy owns the winner of $110,754 who returned a $6.80 mutuel.