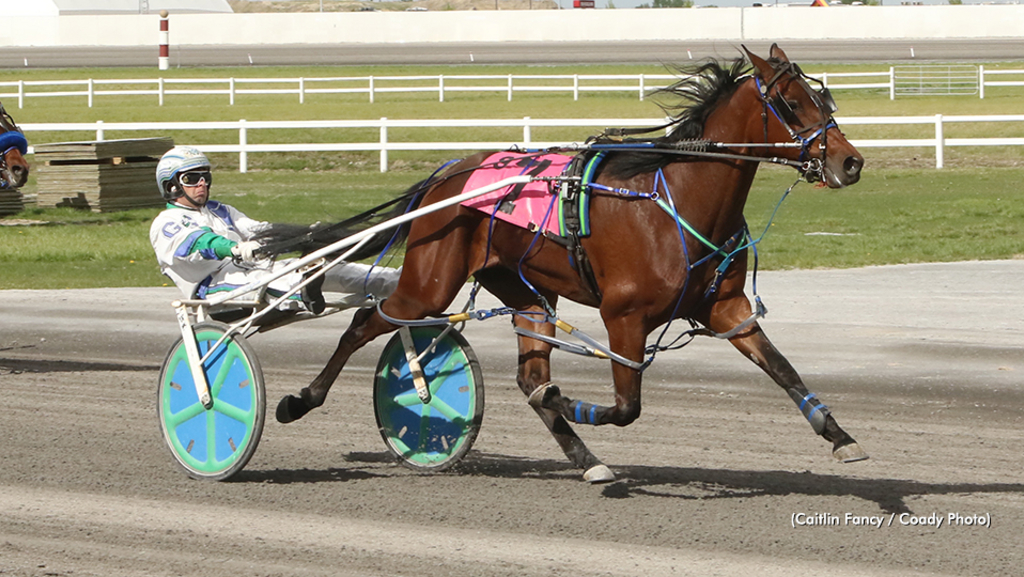 Saturday afternoon (May 28) at Century Downs proved a lucrative time for J. F. Gagne as he piloted both winners of the $100,000 Breeders’ Stakes, including one from his own barn.

Gagne ground first over with his Vertical Horizon colt Ernesto Delacruz and put away his competition to take the $100,000 Moore’s Mile Breeders’ Stake.

Subzero snagged the lead from the pylon post to a :28.1 first quarter while Ernesto Delacruz floated off the car to race fifth before Gagne made his move. Vegas Gambler circled from the pocket to take over the lead before a :57.4 half as Ernesto Delacruz gathered steam first over. He loomed to match strides with Vegas Gambler as the tempo quickened to three-quarters in 1:25.3 and stayed alongside rounding the final turn. Straightening for the drive, Ernesto Delacruz accelerated clear of Vegas Gambler, opening four lengths to the beam to stop the clock in 1:54.4. Knockin Boots, who tracked the winner’s cover, took second from Vegas Gambler while Sharkas Lil Lad finished fourth.

A homebred for J. F. Gagne with Peter Van Seggelen, Ernesto Delacruz won his fourth race from eight starts and has earned $60,945. He paid $7.80 to win.

Wrangler Jewel ripped from off the speed to land a 12-1 upset in the $100,000 Shirley McLellan Breeders’ Stake earlier in the card.

Odds-on favourite Chaste Forever charged to the lead to a :28 first quarter and held firm and unchallenged to a :57.1 half and to three-quarters in 1:25.3. Dialmeup tipped first over out of third to give cover to a struggling flow led by Divine Art before the final turn but made no progress coming off the corner. However Wrangler Jewel was fed racetrack from an off-the-pace trip and recouped nearly nine lengths in the stretch to nab victory from a tiring Chaste Forever in 1:56.4 by three-quarter lengths. Divine Art finished third and Jamaica Move took fourth. 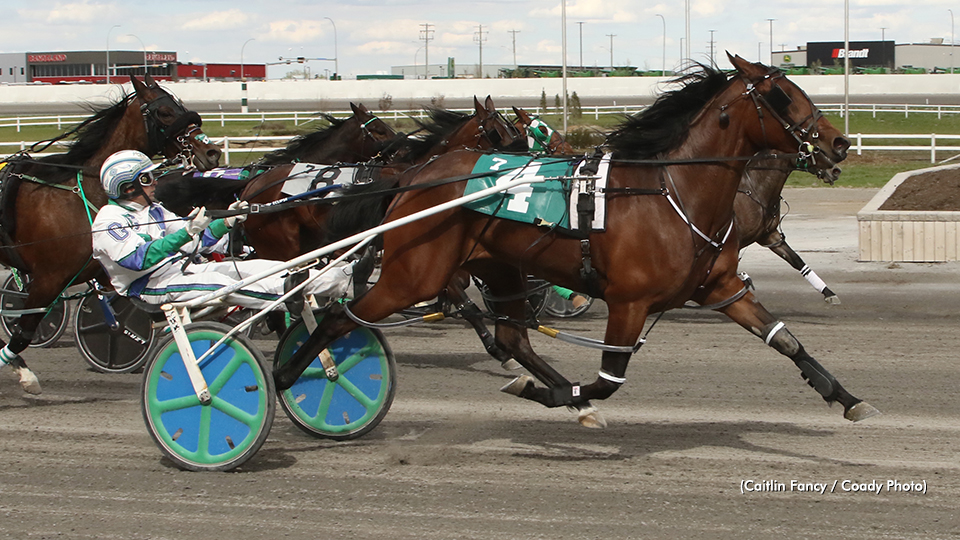 Bred and owned by Dr. Maurice Stewart, Wrangler Jewel won her second race from four starts this season and her third from 10 overall. The daughter of Wrangler Betonme has banked $90,175, is trained by Marie Brooking and paid $27.40 to win.