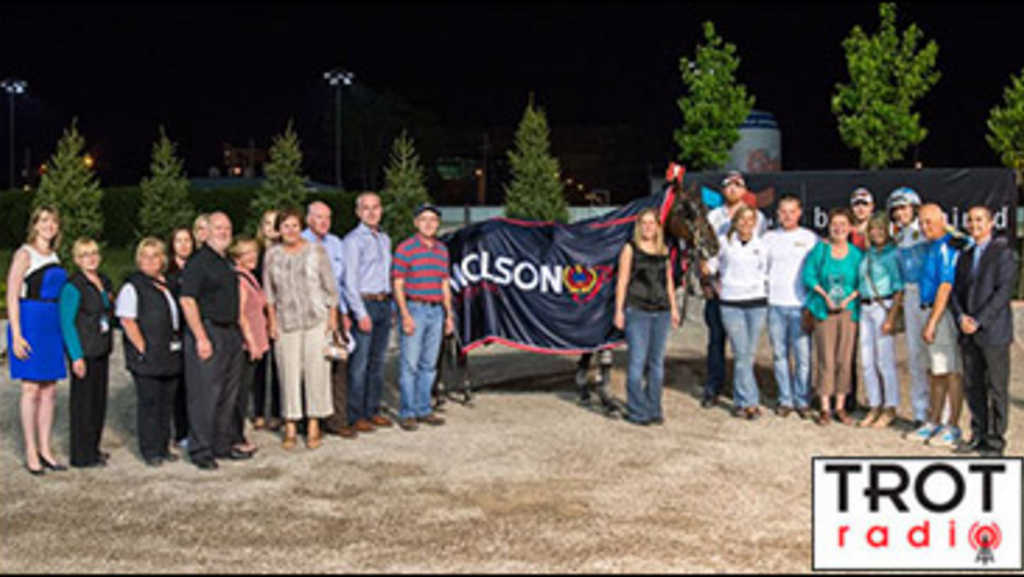 A funny thing happened to State Treasurer on the way to the 2015 Molson Pace Invitational: he almost wasn't included.

"When I first came back from Florida I was entering horses one day and [Ian Fleming] was speaking to me about 'Treasurer', asking me how he was doing and all that. I said he was doing very well, he trained in 1:50, should be ready to go," trainer Dr. Ian Moore told Trot Radio's Norm Borg, "I think he thought that he asked me and I thought that he didn't...they were announcing his name when we were in the paddock in London last week and I said to the paddock judge 'you better tell Ian he hasn't asked me yet, so I don't know if we're coming or not."

Moore is clearly hopeful that the only hiccup on the road to the 2015 Molson Pace winner's circle is in this minor miscommunication. After all, Moore and this race have had more than their share of drama. In 2013, driver Randy Waples just made the race in time after making some earlier commitments at Mohawk before scorching down the Westbound 401 to the Forest City. Last year, driver Chris Christoforou was able to guide State Treasurer to a repeat win after an early miscue that -- at the time -- looked as though the horse was out of contention.

With a win or second-place finish on Friday night, State Treasurer will become harness racing's newest millionaire. He's won 22 of 74 lifetime starts for owners Sally MacDonald of Souris, P.E.I and Paul MacDonald of Toronto, Ont. while banking $982,420. With three starts thus far, his most recent a win at Mohawk in the Preferred on May 16, Moore feels his pupil is arriving is peak shape.

"I trained him today (Monday) and he trained very well. He gave him five days off last week...he's been going pretty steady with qualifying, trucking from Florida, training down and racing three weekends in a row."

As this interview was recorded before State Treasurer received the eight hole, Moore couldn't speak to his position. He did, however, note where he wouldn't like to end up,

"On a half-mile track with that caliber of horses, the draw is always very crucial," said Moore. "I'd hate to go through the same procedure as we did last year coming from the back again because that's not going to happen all the time.

"Preferably, we'd like to be on the gate and not in the trailing position. That's a bad spot at London for any horse, I think."

If there's a possible silver lining in drawing the trailing spot, it's who State Treasurer gets to follow. Given his performance in the Confederation Cup, Moore and Christoforou can stay right close to half-mile track specialist All Bets Off. Moore emphasized that his horse is no slouch around London's tight turns, and with experience over that surface he clearly has an advantage in that regard.

"He's always been good on a half-mile; he was broke and raised on a half-mile track," said Moore. "He's a small horse, and I don't believe that size matters a whole lot on the half-mile track because I've had some big horses that could get around there -- Astronomical could get around London no problem...free-legged, even. It has a lot to do with their gait and the way they steer is important, too."