Catching Up With Colin Kelly 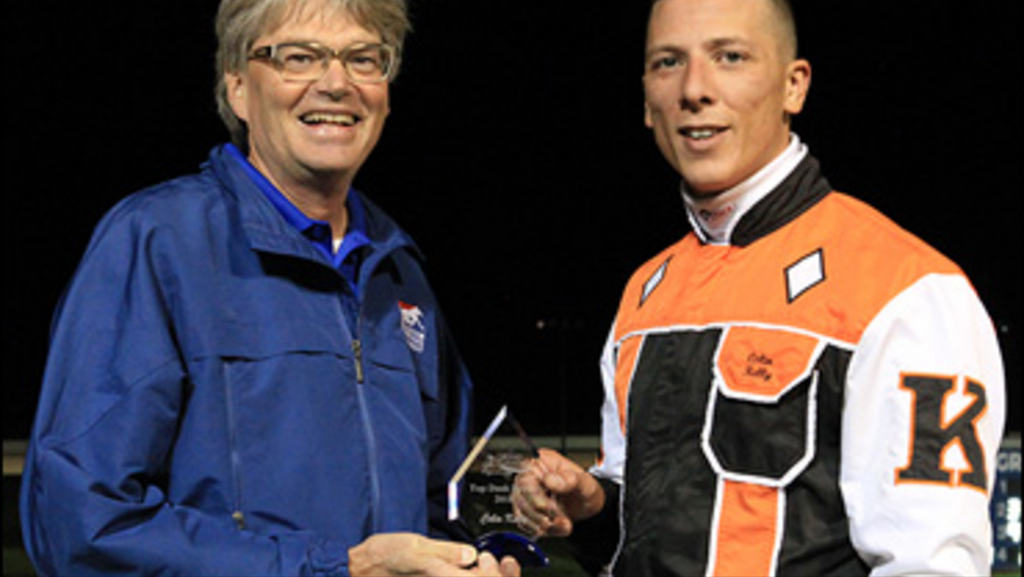 The native of Nova Scotia made the move to Ontario in 2016, making his first pari-mutuel start in the province that November at Woodbine Racetrack. Three starts later, Kelly found the winner's circle with Freddy Bear at Flamboro Downs and he's made it a habit ever since.

In 2019, Kelly posted career best numbers with 1,956 starts, 276 wins and more than $1.8 million in purses. His win total placed him at fifth in the country, and he picked up right where he left off when the calendar turned to 2020. When racing shut down in mid-March, Kelly's 78 seasonal wins were one behind Robert Shepherd's total of 79 for best in the country.

The downtime from racing has given Kelly a chance to reflect on the opportunities he has been given. And while the COVID-19 pandemic has many participants wondering what the future will bring, Kelly plans to take the new normal in stride.

“I’ve been very fortunate to have been given the opportunities that I have," Kelly told Trot Insider. "Not racing has been a huge change of pace, we went from racing seven nights a week in the winter and six nights a week in the summer with double tracks in the summer on weekends, to not racing at all. When you’re always going, you don't really have any time to yourself and sometimes you take it for granted how lucky you are to be busy -- like when you’re coming home from Georgian Downs on a Sunday night and you're tired. But, then something like this happens and it really makes you take a step back and appreciate how busy you were and how fortunate you were to be racing and working every night.”

Despite the lack of a live harness racing product, Kelly has managed to stay busy during the industry's hiatus.

“I go to First Line Training Centre every day, I help Andrew McCabe and Jared Bako and twice a week I help Bob Young. Training days are the busiest -- it keeps me busy.” 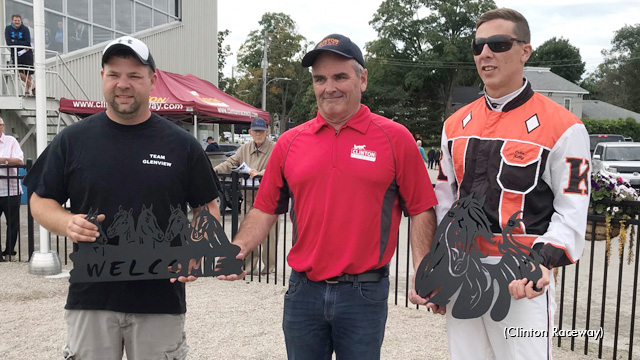 The daily appearances around local training centres might provide Kelly with some potential opportunities for the future, as Kelly contemplates making the move from Ontario’s ‘B’ tracks to driving full-time at Woodbine Mohawk Park. Seeing drivers like Bob McClure and Trevor Henry make the move -- and make it successfully -- isn't lost on Kelly, but he realizes it won't be easy.

“I’m optimistic with some of the two-year-olds that I may get a chance to drive this summer. I’d like to make the move to [Mohawk] but it all comes down to getting your name on the sheet there. If you can get connected to a decent stable that will list you week in and week out then you have a shot of making it, but it’s hard to do that without a stable to back you. For me, at this point it's just a matter of seeing what happens. Right now, I just want to take everything in stride and go from there.”

With racing to resume in Ontario at Mohawk on June, 5 Kelly recognizes the racing world won’t revert back to its old state right away but credits those who have worked behind the scenes to make it possible for racing to resume this quickly.

“I think everyone did a great job of following all the rules, I thought that it would be closer to July that we would be getting back going but things have certainly gotten better here and it gave everyone hope to get back going. I know it's going to be really different with all the protocols we have to follow and things won’t be the same for a while, but with no other professional sports going I think it’s going to give us a chance to really be in the spotlight and it could really help the industry.”

Kelly was quick to acknowledge how much potential this spotlight could mean for harness racing to regain lost fans or attract new ones.

“I think getting onto prime-time TV like TSN or The Score is something we really need to focus on right now. I think we need to focus on advertising our business and regain the fan base that we once had. People that love sports, love watching any sport,” stated Kelly. “There are people who are interested in horse racing that haven't been to a live race, and the experience of watching it live is totally different and something that everyone needs to experience.”

The young reinsman also provided an optimistic outlook for the smaller Ontario tracks who may be affected by racing without spectators for the foreseeable future.

“Tracks like Hanover and Clinton are so community-oriented and I think that even though racing with no fans will affect them, they will do whatever it takes to make the best of the situation. Hopefully, it doesn't affect them as badly as it could. I really enjoy racing at those tracks -- it feels like home and it's a good atmosphere. Hopefully those tracks can get some off-track betting to help them out, and hopefully as time goes on and the situation improves we can slowly get back to a state where fans can be allowed back at the races.

“I’m a firm believer that if you can get enough families and people to the track, exposure for harness racing is created because if people have a great experience at the track, they’ll talk about it -- and they’ll tell other people to come out and watch.”

With that optimistic state of mind, Kelly is excited to be back in action with hopes of returning to a more familiar normal for harness racing sooner rather than later.

“I think if we all play our part to follow all the protocols and guidelines, hopefully we can get through it all.”