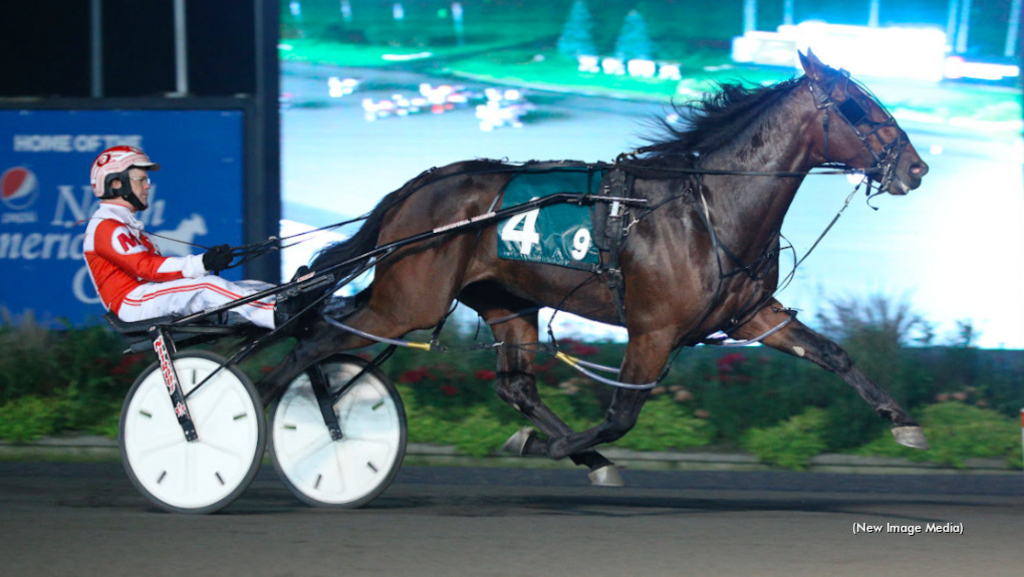 The much-anticipated sophomore debut of pacing colt Beach Glass did not disappoint, as the three-year-old made his first appearance in preparation for the 2022 stakes season.

With driver Paul MacDonell at the controls during Friday morning's qualifiers at Woodbine Mohawk Park, Beach Glass sat in second and was expertly covered up for the majority of his first sophomore test. He was surrounded by a pair of North America Cup-eligible sophomores — Camealongway and Kolby Twostep. Camealongway (Sylvain Filion) posted fractions of :29.1 and :58.4, followed by Beach Glass and Kolby Twostep (Doug McNair). MacDonell right-lined Beach Glass before the 1:26.4 third station and Beach Glass responded with a brush to get on even terms with the pacesetter turning for home.

Down the stretch, it appeared that Beach Glass collared Camealongway, but that one battled back. Kolby Twostep tried to split rivals but the front pair stymied that bid and wouldn't let him through. After a :26.1 final quarter, Beach Glass hit the wire a neck the best in 1:53.1, with Camealongway a resolute runner-up and Kolby Twostep some four lengths back of the top duo.

Beach Glass (Somebeachsomewhere - Im With Her) is owned by Schooner II Stable of Truro, N.S. He opened eyes with his three-race win streak to start his rookie season, and ended the year with three wins in five starts and a mark of 1:51.1s taken at Mohawk.

Trainer Brent MacGrath told Trot Insider that the #4 choice in the 2022 TROT Magazine Pepsi North America Cup Spring Book will return to Mohawk for another qualifier next Friday (May 27) in advance of a likely start in the Somebeachsomewhere on June 4.

Video from the qualifying session is available below.