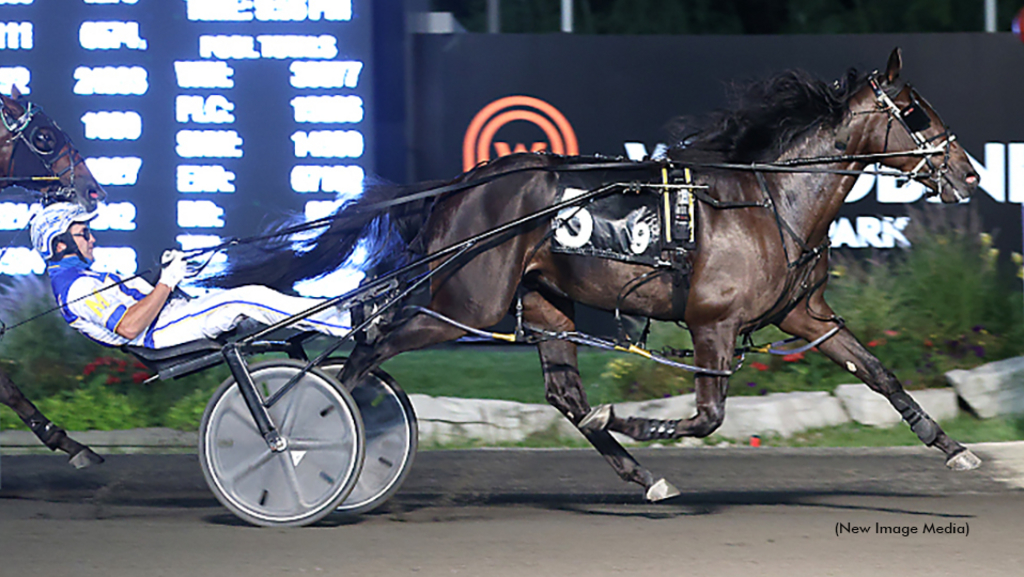 With regular reinsman James MacDonald in the bike for trainer Nick Gallucci, three-year-old pacing filly Silver Label took control of a reduced field from the outside post and set fractions of :29.3, 1:00.4 and 1:30.2 over a sloppy track with a two second variant. She closed out the mile with a :27.2 final frame to stop the clock in 1:57.4. OSS Grassroots champion Day To Party followed two lengths behind in second and Mighty Melissa finished further back in third.

Owned and bred by Millar Farms, the Bettors Delight-Hidden Gem filly was top two in all of her eight starts as a two-year-old, winning six times and earning $341,726 in purses. The Ontario Sires Stakes star also had success on the Grand Circuit, winning a division of the Champlain Stakes.

Scratched sick from what would have been the first start of her sophomore campaign on May 6, Silver Label has won her three qualifiers this spring and will make her season's debut in the SBOA Stakes this Saturday, May 21.

"I thought Silver Label qualified well, as did James," Gallucci told Trot Insider. "We were hoping to go a little faster but with the weather variant we went a good enough mile. I am happy with her physically going into the SBOA but I wish it would have worked out getting a race into [her] before going to the final. But you have play the hand you're dealt and she wasn't 100 percent at the time. She is back to feeling like herself now, thankfully."

The $147,575 three-year-old pacing division of the SBOA Stakes did not require eliminations, with 11 entrants advancing directly to the final. Silver Label has drawn post position five, with MacDonald listed to drive.

The replay of the video stream from Monday's four qualifying races is available below.