A Chance To Represent Canada 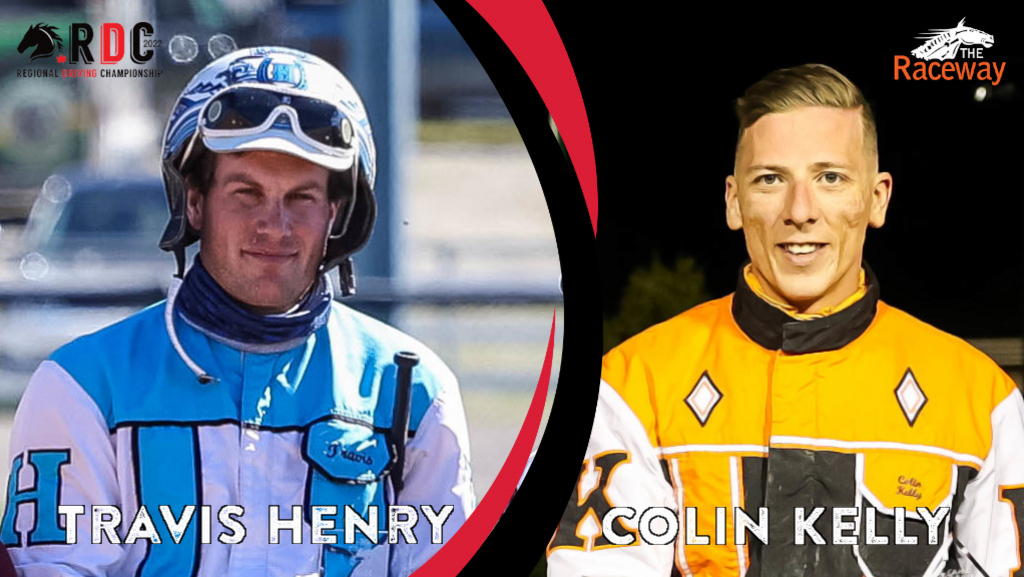 Travis Henry leads the province and the country in driving wins this calendar year with 129 victories as of press time. The Embro, Ont. resident is also the current dash leader among drivers at Western Fair for the current year, with 79 wins over the London half-miler since January 1.

Colin Kelly was the top driver in 2021 at two of Ontario's racetracks -- Grand River Raceway and Western Fair. His 278 tallies in 2021 ranked him second in the country, and he's currently second among drivers at Western Fair this season for win percentage (18.7%) and UDRS (0.348)

Trot Insider asked Henry (TH) and Kelly (CK) a number of questions in advance of the Ontario Regional.

What were your thoughts when you got the call to participate in the Ontario Regional Driving Championship?

TH: I kind of forgot about it because it hasn't happened in a while. I was told that a couple of years ago I was possibly on the fringe of being asked if somebody didn't want to go but, you know, I never really thought of it...but it's definitely cool.

CK: I was super excited! It’s very exciting to get a chance to be in something like this.

What are your thoughts on driving with the eight other guys in the championship?

CK: The other guys are all great drivers so it should be an exciting night of racing.

TH: They're all great drivers, and they all do a good job. I've driven with all of them and you know everybody's going to be trying to win. It'll be tough either way, but it'll be a fun experience that's for sure.

Do you think you have any advantage over the other drivers?

CK: Racing most nights in London through the week could be an advantage, and the guys that race there nightly may know the horses a bit better than the regulars from Mohawk.

TH: I don't think I have an advantage over Brett or Colin or, you know, the guys that have been driving those horses are racing against them. I think maybe the only advantage we would have is that we kind of know the horses and stuff like that.

Are you doing anything to prep for the Ontario Regional Driving Championship?

TH: I looked at the program and you can kind of see how you think the race is gonna go, but it rarely goes how you think it's going to go. So you always have to go in with a Plan A and a B and a C, if you have to.

CK: No just a regular week nothing special to do for prepping.

Anything special that you are looking forward to about the Ontario Regional Driving Championship?

TH: The opportunity to be a part of this is something to look forward to, but I'm going to approach it like it's another night of racing.

TH: I haven't thought that far into it yet. I don't like to get ahead of myself...If I have to think about it, you know, obviously it would be a pleasure and it would be awesome to do.

CK: The whole event is just awesome, and to represent the province for my first time in the regional is a pretty cool situation to be in. It would be so awesome to travel and go see that side of the world and it would be a huge privilege to represent Canada in the WDC.

First race post time for Wednesday's card of harness racing is 5:50 p.m. Henry and Kelly will compete against Trevor Henry, Brett MacDonald, James MacDonald, Bob McClure, Doug McNair, Louis-Philippe Roy and Austin Sorrie in the ORDC. The nine drivers will participate in nine competition races. Each race will have a field of eight and each driver will compete in eight races, drive from every post position, and sit out for one race.

Drivers will receive points based on their finishing position and the top two drivers from the nine-race competition will join six other drivers at the 2022 National Driving Championship (NDC) at Century Mile Racetrack in Edmonton, Alberta.

The winner of the 2022 NDC will have the opportunity to represent Canada in the 2023 World Driving Championship in Italy.

In the event of a scratch, the driving rep drawn to a horse shall drive the ‘also eligible’ horse. In the event of a horse being scratched or where no horse is available, five (5) points shall be awarded to the driver concerned. If a horse is disqualified or a horse and driver fail to complete the race, they will receive one (1) point.