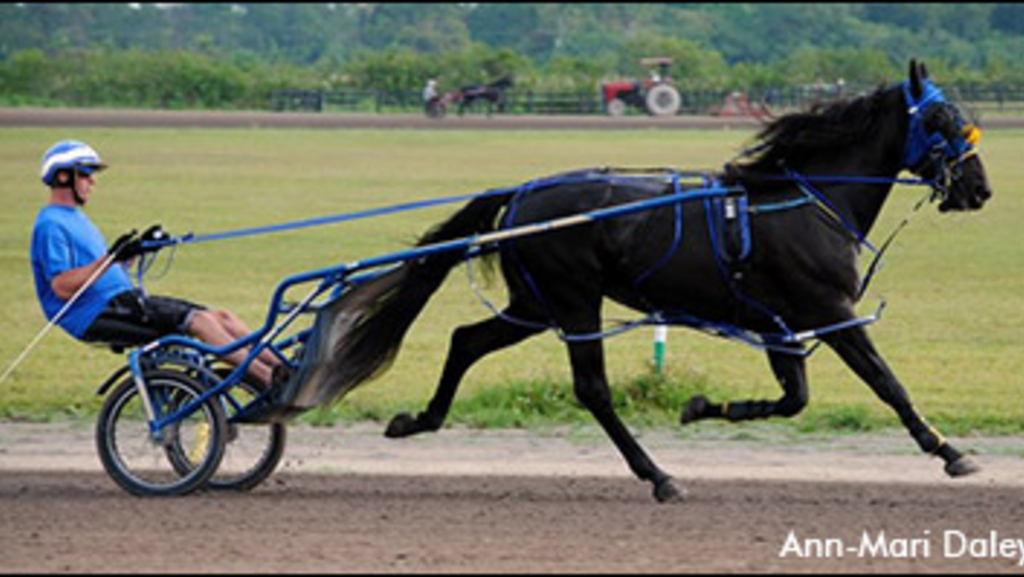 With one pacing colt coming in at #6 in the 2013 Trot Pepsi North America Cup Spring Book, there's a chance that a stablemate or two could also be in contention for Canadian harness racing's richest prize.

Vegas Vacation has been assessed odds of 12-1 in Trot's 2013 Pepsi North America Cup Spring Book. Trot Insider caught up with trainer and co-owner Casie Coleman for an update on the Bettors Delight colt and his sophomore stablemates.

Vegas Vacation - winning at 2 at Mohawk

"I took him to Hunterton Farms, he was turned out there until around December 20th. He came down [to Florida] and trained back down this Winter at the South Florida Trotting Center."

"About the last week of December I started back jogging him light."

"He's always been a good looking colt but he's filled out more. I can't say he got a whole lot bigger but he got longer. I don't think he got taller but he definitely looks like he got longer and he's more muscular than he was last year."

"He trained here at the South Florida Training Center in 1:57 last Saturday [April 20]. Then I shipped him home on Thursday and I plan to qualify him at Mohawk on May 8."

"I'll probably qualify him twice all depending on how the first qualifier goes, I normally qualify twice and I'll try to find just an overnight race at Mohawk and then his first stakes event will be the Somebeachsomewhere."

"He's fully staked. If good enough he'll go to Lexington, he's in the Jug...he's got a long season ahead of him if he's good enough."

Are they any other horses in the stable that are being pointed to the North America Cup?

"Vegas Vacation and See And Ski are my best two. There's a possibility I might bring Lucan Hanover. Both See And Ski and Lucan Hanover disappointed me last year. They both trained down with my top colts and both of them didn't do anything. Both of them trained down very well again this season. See And Ski in particular, I'm thinking and hoping he's going to be quite a nice horse and I think you'll hear a lot from him this year. Lucan Hanover, also; he needed to be gelded. I think you'll hear more from him this year...I hope, anyway."