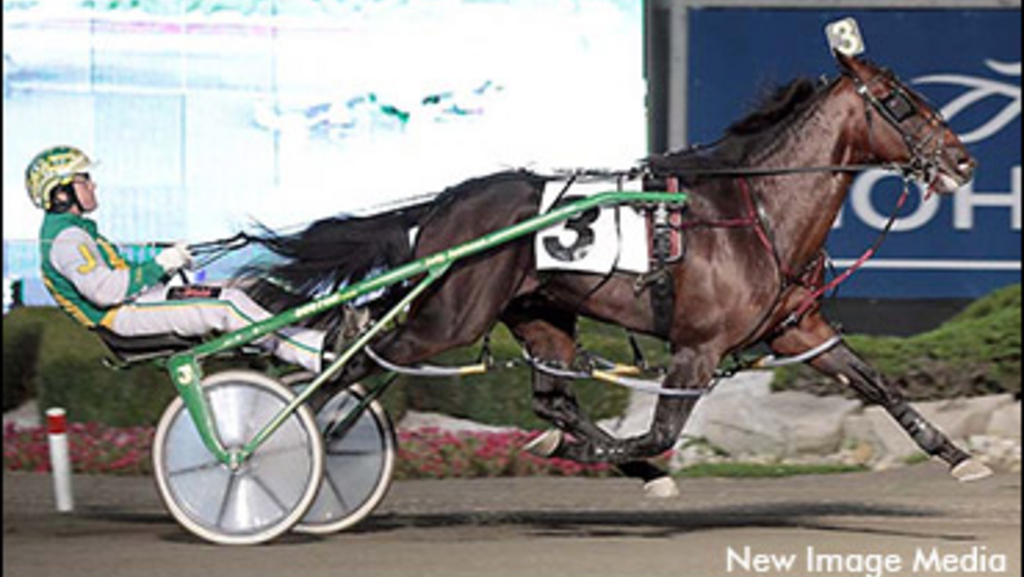 "He schooled in 1:56, final quarter in 25.3. It was wind-aided, everything was coming home pretty good there but he was pretty strong at the wire and I know Jody was very impressed with him."

"He spent about two and half months in Kentucky, he was at Kesmarc Farm down there. I didn't want to see him standing in a field in the middle of February, I just felt that a horse of his calibre...actually, I sent Big McDeal down there as well, the pair of them were in Kentucky all Winter."

"They came back around March or so. He was on an exercise program for the month of February. "

"I think he might be a little taller horse than he was before, he might have grown up a little bit. He certainly muscled up. He's a strong-looking colt."

He qualified on Monday in 1:55.2 with a final quarter in 26 and change. What's the schedule for his return?

"Tentatively -- and as you know this business is built on being tentative -- he'll qualify on April 27, come back nine days later on the Wednesday, and then May 19 he has a Sire Stakes at Pocono and I would anticipate going there if he qualifies fine. Then I'd have one Pennsylvania Sire Stakes start in him before the Somebeachsomewhere."