A Receiver That Also Gives 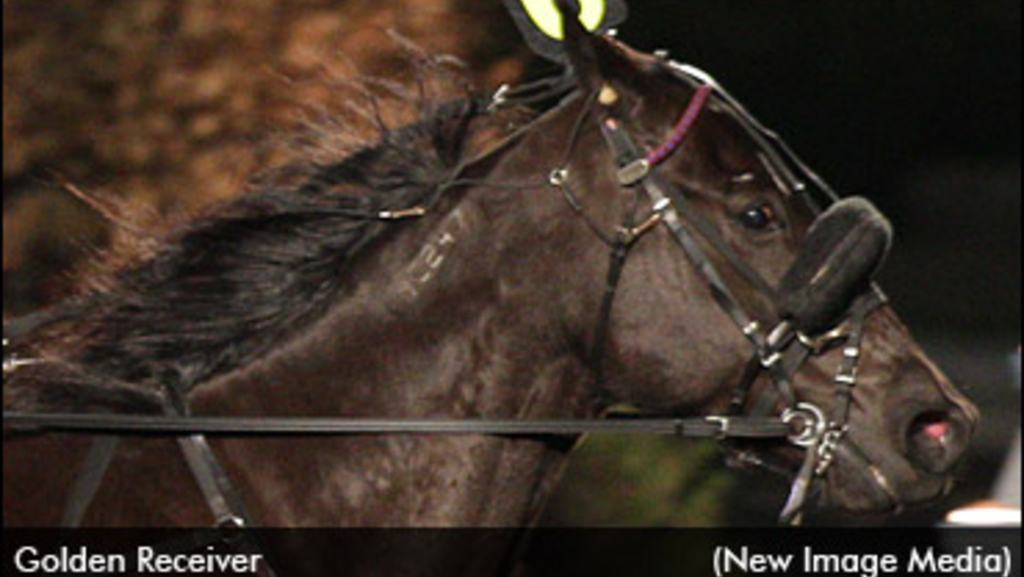 Nina Simmonds laughs when she says that she took care of Golden Receiver for years and now the horse is taking care of her. But it is not far from the truth

And Golden Receiver is taking care of more than Simmonds.

Simmonds, thanks to the money earned by Golden Receiver during his harness racing career, in late February traveled to Costa Rica as part of the organization Equitarian Initiative. The group unites veterinarians, blacksmiths and caregivers to provide medical assistance to working horses, mules and donkeys used for income, agriculture and transportation in the developing world. It also provides education and training to the local population.

“It’s such a great thing that they’re doing,” said Simmonds, an upstate New York resident who bred and co-owns Golden Receiver. “For the people in these areas, their animals are their cars, their trucks - their livelihood. They carry everything. If their animal is lame, it impacts the family in a very negative way. These people often can’t afford shoes for their children, let alone have veterinary care for their horses.”

Golden Receiver has won seven of eight races this year and earned $183,850 for Simmonds and owners Stable 45, Richard Taylor and Stephen Springer. Unraced as a two-year-old, the seven-year-old gelding has won 43 of 104 career starts and banked $837,583.

Last weekend, Golden Receiver won his second-round division of the Spring Pacing Championship at Woodbine Racetrack, beating Aracache Hanover by 1-1/2 lengths in 1:51.1. A week earlier, he was victorious in his opening division by beating St Elmo Hero by a length in 1:50.

Trained by Mark Harder and driven by Randy Waples, Golden Receiver will try to complete a sweep of the series in Saturday’s $125,000 final.

“He is pretty amazing,” Simmonds said. “It’s beyond my wildest dreams. His mother (Royal Gold) would’ve been a great horse. She was plagued by this lameness so I stopped racing her, but I just loved her. She had the same kind of gate speed that (Golden Receiver) has; out in front in 10 steps.”

Simmonds, who has a 60-acre farm on which she breeds, boards and trains horses, did not race Golden Receiver at the age of two because she wanted to allow him time to grow into his large frame. She started late with Golden Receiver at three after unsuccessful attempts to find someone to buy or train him.

“He covered the ground so beautifully and had such a gorgeous stride,” Simmonds said. “I knew he was going to be something special. This horse was well out of my class. I was busy training other people’s horses and managing broodmares and babies; I had 40 horses on the farm. I couldn’t give him the attention he deserved.”

With interest growing in Golden Receiver, Simmonds took less money from the current ownership group to retain a percentage of the horse.

“That was fine with me because I knew that I would still be part of his life,” Simmonds said. “I don’t trade them like baseball cards.”

In January, Golden Receiver posted his biggest win by capturing the $110,500 Presidential at the Meadowlands. The Spring Pacing Championship would be another top accomplishment and assist Simmonds in helping other horses.

Simmonds intends to set up a fund to donate a portion of Golden Receiver’s earnings to Equitarian Initiative. The organization’s next trip is scheduled for Veracruz, Mexico, in mid-October.

“We worked on about 200 horses in Costa Rica, doing operations and vaccinations and testing for equine infectious anemia,” Simmonds said. “It was very empowering. This was my first involvement, but it won’t be my last. I could never afford to leave the farm before, or to travel anywhere like to Costa Rica, until Golden Receiver. He’s made this possible for us to help other horses in different countries that are very needy. It’s all very cool.”

What a great story - looking

What a great story - looking forward to Saturday's final and hopefully an all-out stretch-battle between Golden Receiver and maybe St Elmo Hero! :)