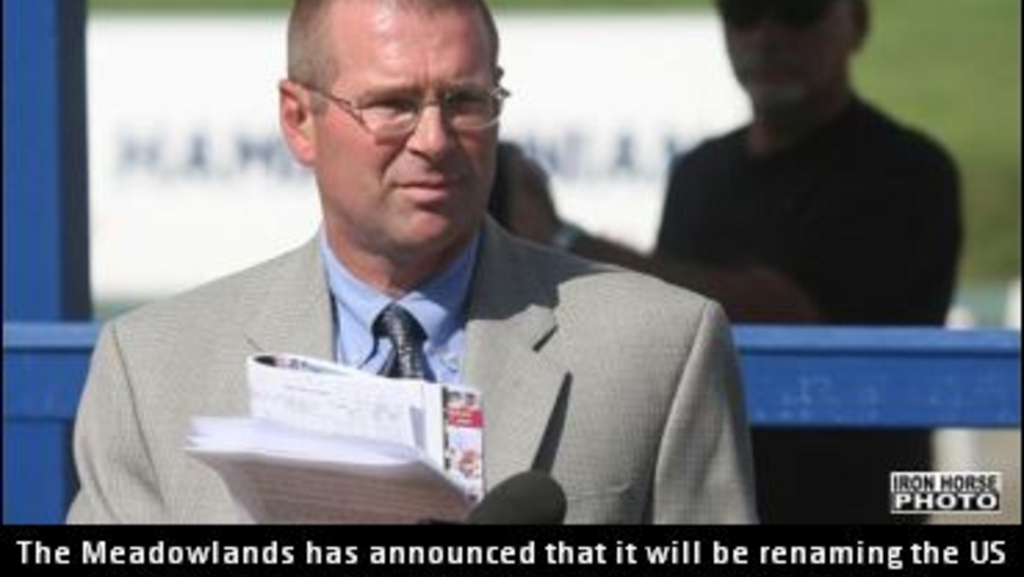 The US Pacing Championship, long one of the signature events on Hambletonian Day, will be renamed the Sam McKee Memorial beginning this August in honour of the track’s Hall of Fame announcer and broadcaster who passed away March 8 at the age of 54.

The Meadowlands will also attach McKee’s name to its broadcast centre that McKee designed when the new grandstand opened in 2013. It will now be called the Sam McKee SNY Broadcast Center. The official dedication is scheduled for August 4, the night before the Hambletonian.

“Sam was a true professional at his job as evidenced by his Hall of Fame status, but his larger than life smile, and gracious attitude is what made him stand tall among his peers,” said Jason Settlemoir, Meadowlands GM/COO. “Honouring Sam’s legacy with one of our major races only seems fitting and honouring him with the dedication of the SNY Broadcast Center that he worked very hard to put together in the new building only seems fitting as well.” 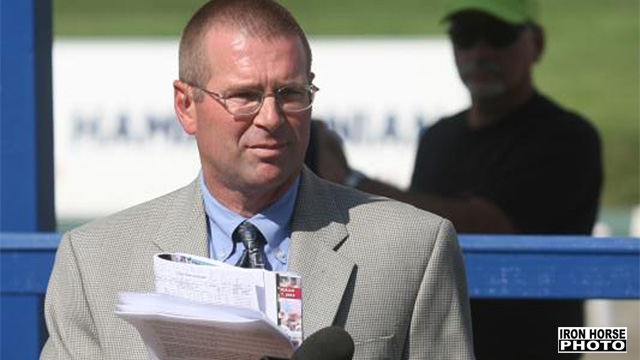 “Sam would never believed himself to be worthy of this, but we know that he would be honoured,” said Sam’s wife, Chris McKee. “Hambletonian Day was always so important to him. It’s always a special day and he worked tirelessly along with the rest of the staff to prepare for it and make sure things went smoothly. We’re so proud of Sam and all of his accomplishments and are once again humbled by this memorial race. We’re grateful to have been at the Meadowlands for last year’s Hambo where we got to see Sam interview one of his favourite NASCAR drivers. While it will never be the same, we look forward to being there on Hambo Day to support the sport that he loved so dearly and to keep his memory alive.”

This year’s $225,000 Sam McKee Memorial is August 5 as part of the super stakes Hambletonian Day program. The US Pacing Championship was first held in 1982 and has been won by such legends as Cam Fella, Matts Scooter, and Artsplace and in more recent years, Won The West, Sweet Lou, and last year in an upset by Shamballa over Horses of the Year Wiggle It Jiggleit and Always B Miki.

Every now and again in this

Every now and again in this business some decisions just seem right, this is one of those times!

A very fitting tribute to one

A very fitting tribute to one of the greatest sports broadcasters of our day.