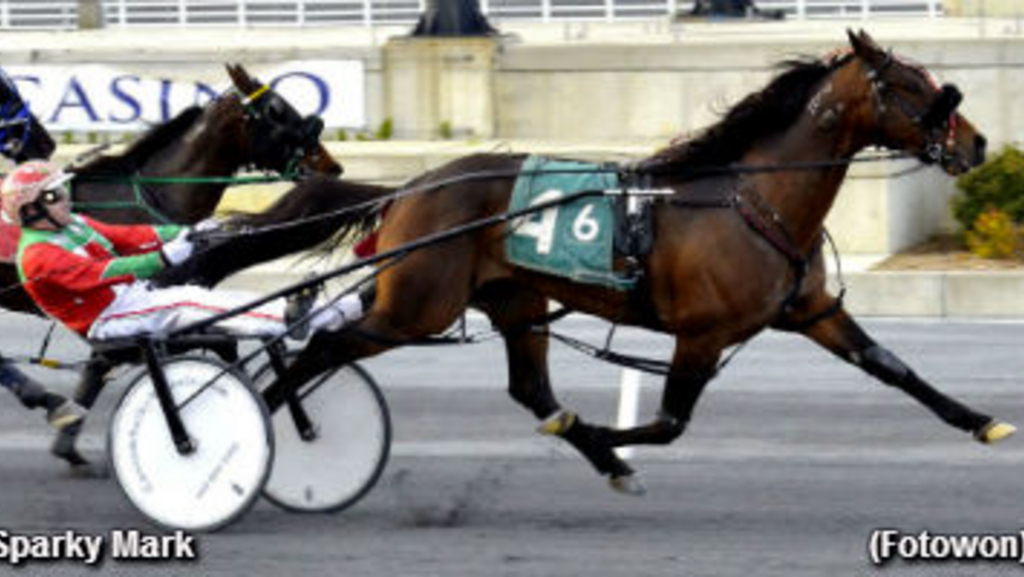 Foulk Stables' Sparky Mark ($4.40, Jon Roberts) was victorious in the $15,000 Open Pace feature in 1:52.1. The nine-year-old Astreos stallion assumed command early in a brisk :26.3 and never relented en route to his two-length win over Special T Rocks and Just A Jolt.

Trained by Dylan Davis, it was the 52nd career win for Sparky Mark, who has banked more than $1 million lifetime.

One horse continues to make headlines in defeat, as pacer Doctor Mcswing, who finished second, kept his winless streak intact in 74 career starts. The five-year-old pacer continues to be competitive but has yet to get his picture taken en route to his near $70,000 in career earnings.

Kirby had three wins on the program.

(With files from Harrington Raceway)