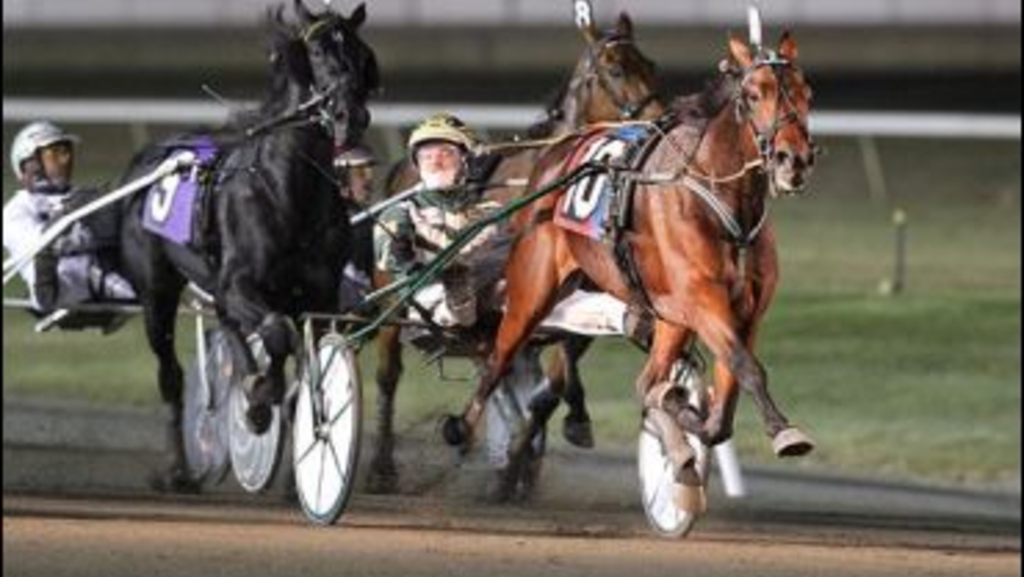 After watching Maven’s recent performances in Europe, trainer Jimmy Takter says he is optimistic about the six-year-old trotting mare’s future overseas. A future that, if all continues to go well, will see Maven head to Sweden’s Elitloppet for the second consecutive year.

Takter on Thursday said he planned on accepting Maven’s Elitloppet invitation, which was extended following her victory at Solvalla Raceway on March 28. Maven, driven by Johnny Takter, won by five lengths in an event restricted to mares and contested at one-mile and five-sixteenths.

Elitloppet 2015 is May 31 at Solvalla. Last year’s winner Timoko was the first horse to be extended an invitation and accept, according to the event’s website. He will be joined by 15 other invited horses for the race, which contests eliminations and the final on the same day.

Last year, Maven finished third in her Elitloppet elimination and sixth in the final.

“It’s almost two months until the race, and a lot of things can happen in the horse business in two months, but when they invite you, you’re in it,” Takter said. “I don’t want to race horses in the race just to race. I want to win. We all want to win Elitloppet.”

Takter, who won the race in 1998 with Moni Maker, said Maven’s next starts will be April 11 in the Gold Division at Jagersro – in Takter’s hometown of Malmo, Sweden – and April 25 in the Olympic Trot at Aby. Maven will try to become the first mare since Queen L in 1994 to win the Olympic Trot.

Maven’s schedule following the Olympic Trot is not set, but options include the Copenhagen Cup or Finlandia.

Prior to Maven’s win at Solvalla, she finished second to Timoko despite an unfavourable post position in the Grand Criterium de Vitesse in France. Among four previous starts in Europe, she was a traffic-troubled fifth in the Prix de France in February and went off stride in the Prix d’Amerique in January.

“She’s actually raced pretty decent in all her starts, she just hasn’t had any luck at all,” Takter said. “The Prix d’Amerique, maybe she was a little unprepared to enter that race. I wish I maybe had her a couple months earlier, we might have been better off.

“After her last start, I feel quite optimistic for her future.”

Maven, who joined Takter’s stable last November, has won 29 of 52 career races in North America and was the Dan Patch Award winner for best older female trotter in 2013. Her top win last year came in the Muscle Hill at Vernon Downs and she finished second to Commander Crowe when she challenged the boys in the Breeders Crown.

She is owned by John Fielding, Herb Liverman, and Joyce McClelland.