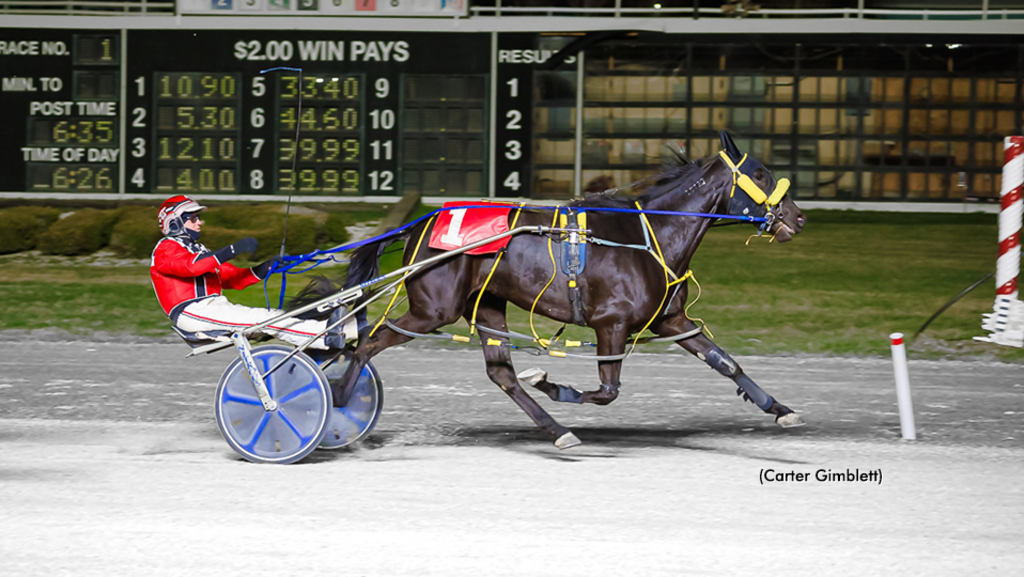 MacKenzie motored the Louie Eftimiadis-trained four-year-old mare by Believeinbruiser to the lead from the pylon post and never looked back. Posting a clip of :28.4, :59.2 and 1:27.3, Dilly Taryn turned for home in command to cross the line 1-1/4 lengths better than Sheplaysforkeeps, who survived a first-over grind to take second.

Starting his career in P.E.I., MacKenzie moved to race full time in Ontario in 1986 and has remained a mainstay at the province’s tracks since. With over 64,000 starts to his name and $53 million in purses, MacKenzie quickly returned to work in the following race at Flamboro to record win No. 9,001 when T C Scandal ($8.10) scooted off a pocket ride to a 1:59.3 victory. His 9,001 victories ranks second among active Canadian-based drivers, trailing only Sylvain Filion (9,608).