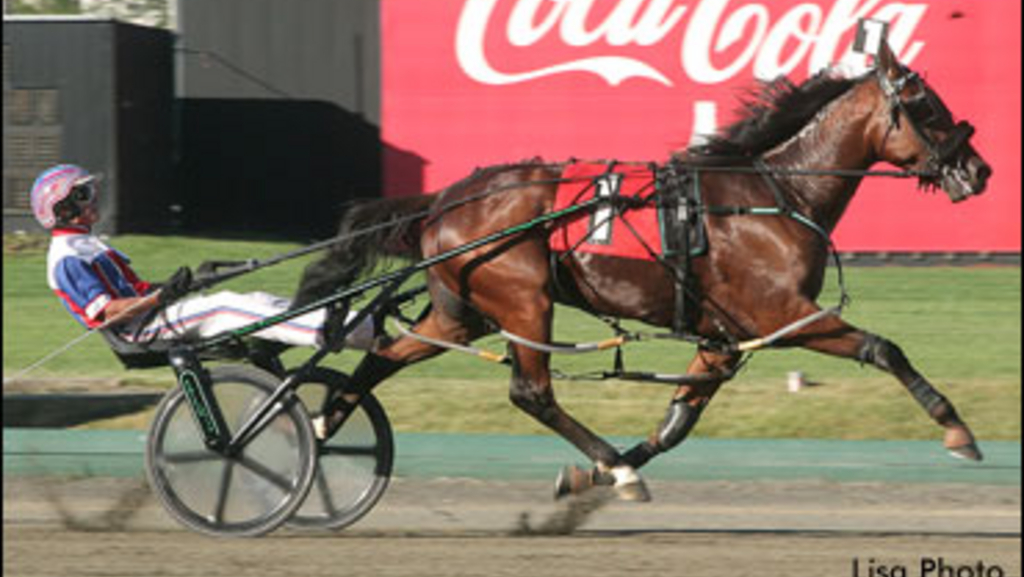 "His speed [at two] was just higher than his brain could process it. This is the fastest pacing colt I’ve ever been around."

According to trainer Jimmy Takter, North America Cup eligible Grams Legacy is his best bet to pull off what the colt's brother, Progress Pace and Oliver Wendell Holmes winner Rockin Image (1:48.2, $901,756), didn’t get the opportunity to do last season as a result of a surgery performed early in his sophomore year to address breathing issues.

“My best shot for the North America Cup [this year] is with Grams Legacy. My other two colts can’t even touch him right now. He’s the best I have,” Takter recently told Trot Insider.

Grams Legacy made only five stakes starts during his freshman season, earning a 1:52 victory in the Goshen Cup and a pair of seconds in New Jersey Sires Stakes action and in the Niatross to earn over $40,000 for Takter and owner Lothlorien of Cheltenham, Ont. He made breaks in his other two starts, the NJSS Final and Woodrow Wilson.

“He would have won the Woodrow Wilson, but broke right by the wire,” offered Takter, who shut down the colt after the August 20 start. “He was very immature, and I stopped early with him.”

The Rocknroll Hanover-Kikikatie colt, who wintered at Concord Stud Farm, returned in January and Takter says he is currently ahead of the game in his training.

“He has a tremendous gear and he looks fantastic. I like him better than Rockin Image. This is a much faster horse. He had some little growing issues. His speed [at two] was just higher than his brain could process it. This is the fastest pacing colt I’ve ever been around."

A late update to this story:

A late update to this story: Grams Legacy is scheduled to qualify on Tuesday (April 19) at Harrah's Chester.
-JP