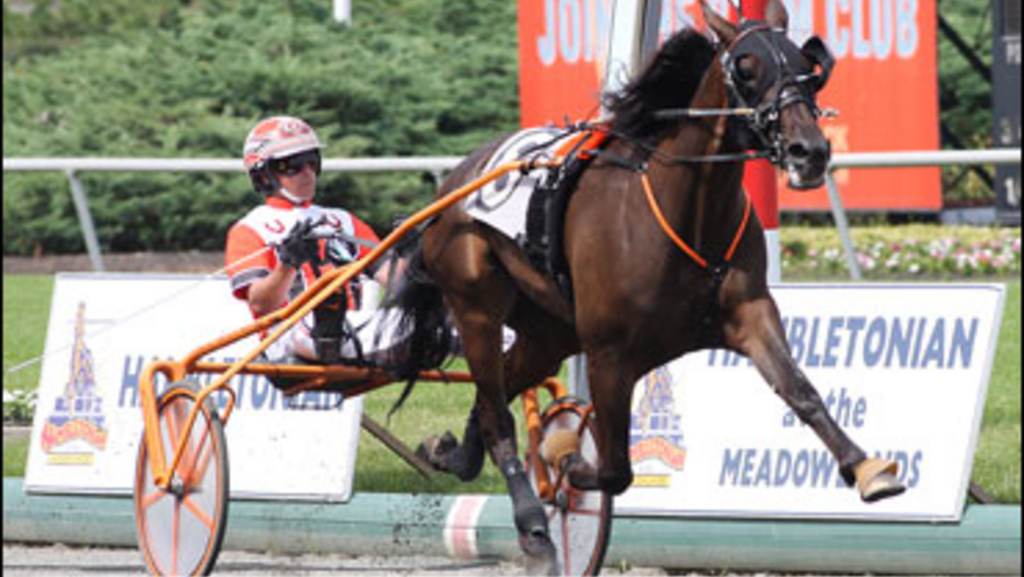 Coming off a pair of “super” qualifiers, trotting kingpin Lucky Jim will commence his five-year-old campaign on Friday night, which could put him one step closer to a trip overseas

Starting from the outside Post 7, the gelded son of SJs Photo-Hawaiian Sierra will make his 2010 debut in Friday’s $32,000 Invitational Trot at the Meadowlands Racetrack with regular reinsman Andy Miller aboard for trainer Julie Miller and owners David & John Prushnok and Bill Gregg. The world champion is the heavy 6-5 favourite in the morning line after winning a pair of qualifiers in 1:54.4 and 1:54.2 on March 4 and 11.

“They were super qualifiers,” said David Prushnok. “After we get started in the Invitational we expect to race in the Su Mac Lad and the A.J. Cutler following that, which would get us into mid-May. At that point, if everything is super as it was in the qualifiers, we intend to go to the Elitlopp.”

Prushnok says the three main events on Lucky Jim’s radar for the 2010 harness racing season will be the Elitlopp, the Maple Leaf Trot and the Breeders Crown.

While Prushnok has owned some stakes caliber horses in the past, he says Lucky Jim fits into a category of his own after winning 17 of 18 races at four, including the A.J. Cutler, Maxie Lee, Titan Cup, Nat Ray (in world record time), and the Breeders Crown.

“I’ve had a lot of special wins,” reflected Prushnok. “They’re all special with him because he’s just so good. There’s nothing like a good horse - I've never had one like him. Hands down he’s the best horse a person could probably ever expect to have. But leading up to him we had our moments that kept us in the business.”

Unfortunately, Prushnok says he won’t be able to make it to the Big M for Lucky Jim’s debut, but he will certainly be cheering ‘Jim’ and Team Miller on from his home in Punxsutawney, PA.

“They’re [Andy & Julie Miller] absolutely a great team and they do such a good job looking after all the details and getting the most out of the horses. I think Lucky Jim is lucky to have them and they’re lucky to have him.”