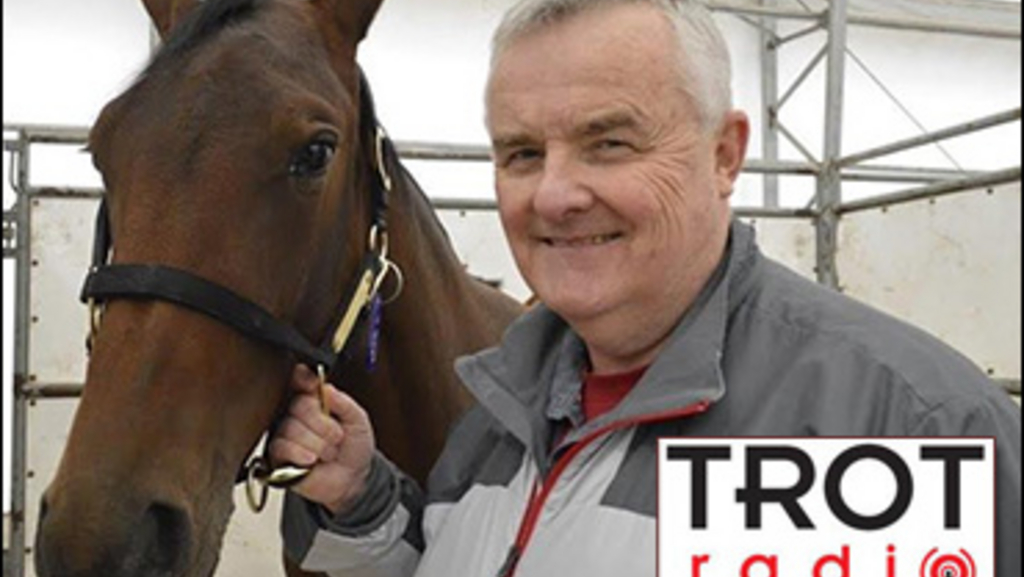 Bill Andrew has made headlines through his philanthropic harness racing-focused endeavours for the past number of years. This year, his continued efforts have garnered him individual attention as the 2015 Cam Fella Award recipient. Andrew will be honoured with the Cam Fella Award, recognizing extreme recent meritorious service to the Canadian harness racing industry, at this Saturday's O'Brien Awards Black Tie Gala at the Hilton Mississauga / Meadowvale Hotel in Mississauga, Ontario. 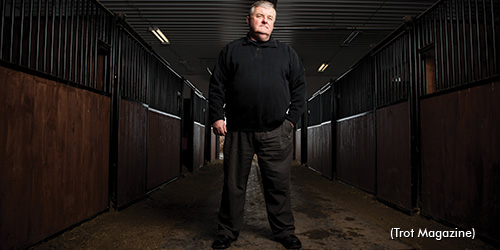 Andrew's Meridian Farms initiated and supported charitable stables over the past five years, and in 2015, the program was expanded to include Nova Scotia along with Alberta and Prince Edward Island. The genesis of that concept came in conversation with long-time ally Fred Gillis, the executive director of the Alberta Standardbred Horse Association.

"He and I were talking, as we are apt to do over the past dozen or so years, and we wondered about reaching out into the community," Andrew told Trot Radio's Norm Borg. "One thing we looked at was Ontario and some of the difficulties they were having getting any traction with the government on support, and we felt we should do some community outreach.

"So we came up with an idea, and the idea was: get a horse, have the horse race and reach out to the various community organizations and say to them 'how would you like to put your association's name on a horse for a month? The only thing we ask is that you come out and cheer for the horse and we'll put all the purse money into an account, and you'll get that purse money at the end of the month'."

Andrew's goodwill isn't limited to causes outside of harness racing, as the PEI Matinee Racetrack Development Program and the Atlantic Sires Stakes have also felt the positive impact from Meridian Farms.

"I guess my home is Calgary and my second home is Prince Edward Island. A lot of friends, and my two brothers and their families are in PEI. My brother Brian looks after and runs the operation in PEI and we've talked over the years about what's needed... two things: 1) we wanted to get involved with the youth. I think there's no better grassroots system than the matinee system. There should be matinee racing in all the provinces, there should an opportunity for the 15, 16, 17, 18-year-old young people to have a chance to get on the track and race horses: basically, that's what it is. It's a lot of young people, it's amateurs, and how else are you going to get into the sport unless you've got that level?

"The reason we're involved in breeding in Prince Edward Island is really for one purpose, and that's to try and restore the trotting breed to Atlantic Canada. The trotters, there wasn't many left a few years ago and we got very actively involved in trotting bloodstock....It's a very unique jurisdiction in that the trotters race for about half what the pacers do in Atlantic Canada. We felt we'd help that a little bit with an injection of cash, so we've got a five-year deal with Atlantic Sires Stakes just to put some added money into the trot stakes.

"I think it's helped, there's more people with trotting mares, there's more interest, people are buying trotters who'd bought pacers for the past ten years...I think in terms of fans, I believe you can attract more fans with the trotting breed than you can with pacers -- particularly new fans. They're just a pretty breed to watch."

With respect to his Cheering For Charity stable, Andrew deflected all credit for the idea. Instead, he referenced how famous pacer Rambling Willie was doing charity work along this vein in the 1970s and since continued by the Stables That God Loves in Ontario.

"I think there should be a lot more of it...I don't think anyone is too affluent right now in the current economy but there are some owners in our business that I believe if we got a little more aggressive and contacted them and talked to them about 'how about we take a little slice, and we put that towards some community support?' I think it would be something that would be well received. Somebody's got to start it."

"If you look at the outpouring of support for the Classy Lane Stable fire, the industry's long had a reputation of helping but I believe we also need to get a little bit more publicity and press out of it. It seems every time a hockey player goes to a hospital it gets photographed, and we tend to operate in a vacuum. It doesn't help us. We have to ramp up our profile, we have to show -- basically -- the community that we care about the community."

Not only is Andrew receiving the Cam Fella, but he and Meridian are also a finalist for the 2015 Armstrong Breeder of the Year Award. The full interview, available below, also touches on his thoughts on his chances to win that award and the renaissance of racing in Alberta with the opening of Century Downs. To listen to the full interview, click the play button.