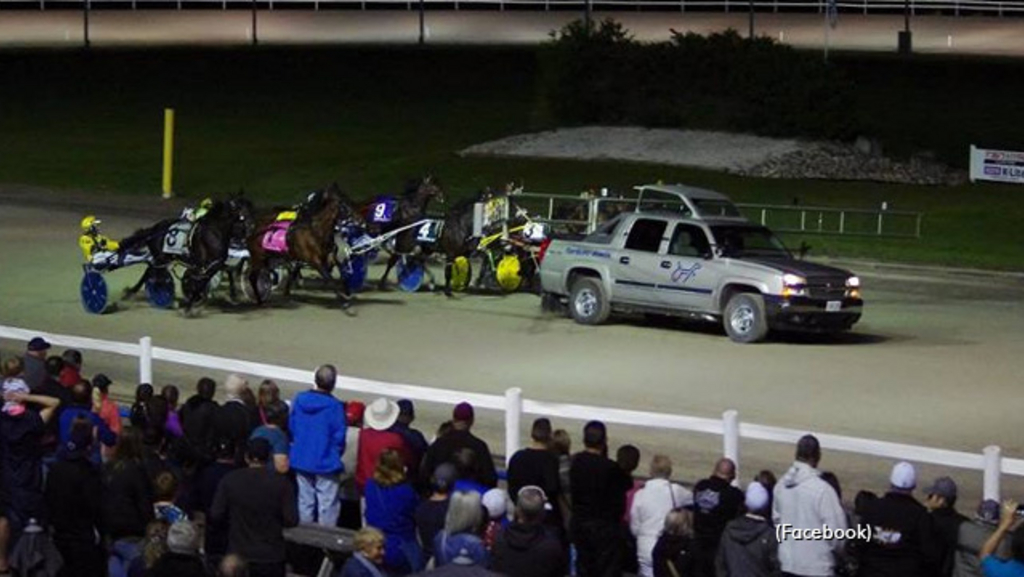 Another Pop-Up Series began at Flamboro Downs, this one for non-winners of $20,000 in 2021 on the trot, on Sunday (Feb. 6) with two divisions going postward for the opening leg. The night also proved fruitful for trainer Stewart McQueen, who scored three victories on the 10-race card.

Playfull Elegance launched from the back to score in the first division of the Pop-Up Series, stopping the clock in 2:01.

Top Hall took command from post 4 to a :28.3 first quarter with Eau Nautrelle securing the pocket out of post 8. The field raced mostly single file to a :59 half with Playfull Elegance completing the field in contact, since Savini broke before the start and Flying Isa N refused to go to the gate.

In control through a soft first half, pressure mounted on Top Hall up the backside as Ramas Last Son pressed first over to three-quarters in 1:29.3. Driver Tyler Borth grabbed cover for Playfull Elegance to race third over from seventh to the final turn, but Borth soon vaulted the five-year-old Elegant Man mare off cover and swung by her competition coming off the turn. Ramas Lost Son lost stride into the lane and Top Hall gave way, leaving Playfull Elegance to coast clear a 2-3/4-length winner over Eau Naturelle. Black Seven rallied for third and You Cant Habit took fourth.

My Jazz scored in the other Pop-Up Series division, going gate to finish also in a 2:01 mile.

Driver Anthony MacDonald motored the four-year-old My MVP mare from post 8 to lead the field by the quarter in :30.2. With no challengers to a 1:01.1 half, My Jazz strolled to the backside while Ive Got The Will gained ground out of seventh to march towards the tempo-setter's wheel coming to three-quarters. My Jazz kept that challenger at bay by three-quarters in 1:31 and turned for home under minimal threat, posting a 2-1/2-length victory over Dirt. Jooner finished third while Ive Got The Will faded to fourth.

Aside from the Pop-Up Series, trainer Stewart McQueen scored a hat trick of victories. He nailed his first two with back-to-back wins by Rough Trade ($3.50) followed by Sure Fire Katie ($6.60) and completed the hat trick with an upset in the finale by Brydown Lilibet ($23).

After a two-month recovery from a racing incident, Nick Steward made his return to Flamboro Downs last night. In his first drive he was paired back with the gelding from that spill, and this time they had a much better result. Steward guided seven-year-old Ateyatefngerslouie to a wire-to-wire victory in 1:58.2, for owners JAC Racing and Dare To Dream Stables.