Takter And His Guaranteed O'Brien 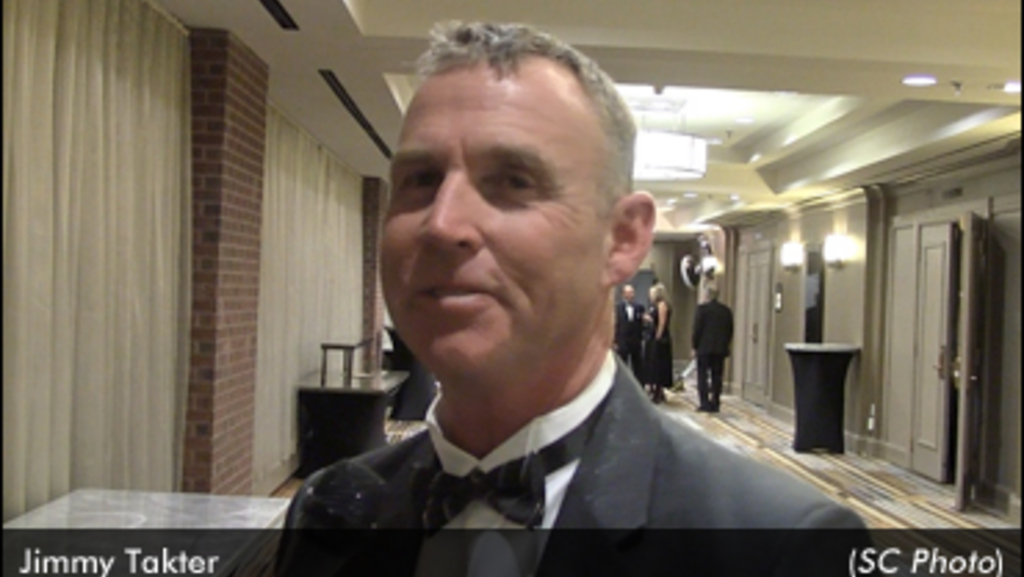 Heading to the O'Brien Awards last Saturday with a handful of nominations, Jimmy Takter knew he was a guaranteed winner with his stablemates Pinkman and The Bank both being finalists in the Three-Year-Old Trotting Colt category.

"I had two horses nominated in the same event -- Pinkman and The Bank -- so it was a no-brainer that I had a shot to win one of them anyway," said Takter of expectations going into the 2015 O'Brien Awards. "You know, I thought Wild Honey had a good shot. Mission Brief is a fantastic horse, but if you really add it up, she made more money than Mission Brief in 2015 and I thought she had a shot. People will look at the impressive starts Mission Brief had in between. But it's all good," he smiled. 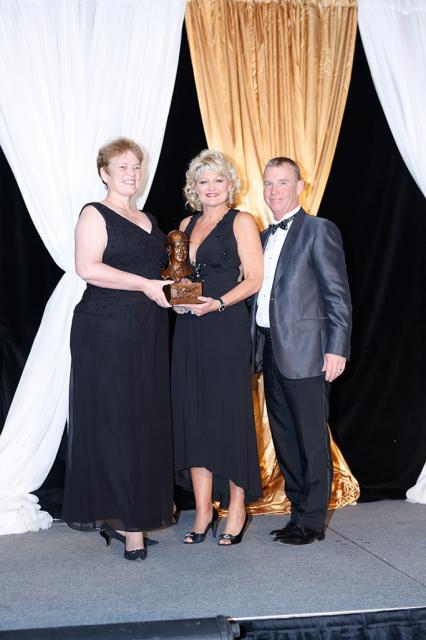 Having enjoyed tremendous success with limited starts in Canada, the Swedish-born, New Jersey-based horseman was also a finalist himself for Trainer of the Year. His record night at Woodbine Racetrack on Oct. 24 with six Breeders Crown wins, marking the biggest single card for any participant in harness racing history ($2,694,439), was his favourite Canadian highlight of the year.

"Of course, winning six Breeders Crowns in the same night, it's tough to beat," Takter told Trot Insider at the awards banquet in Mississauga, Ont. "But we've been racing up here for 30 years in Canada and I've had a fantastic run up here. I don't think I ever had a bad year up here in Canada so, you know, every win is good and I had a fantastic group of horses that have been racing up here."

While The Bank denied Pinkman of his second Breeders Crown victory in their match-up that night, Pinkman managed to outshine his fellow sophomore trotting colts for most of the season, winning 11 of his 17 races and banking over $2 million in purses. His richest victories included the $1 million Hambletonian, $700,000 Canadian Trotting Classic and $527,000 Kentucky Futurity for owners Christina Takter, John and Jim Fielding, Joyce McClelland and Herb Liverman.

"He ended up really good as a two-year-old and was the Two-Year-Old Trotter of the Year [in the U.S.] and I believed he was one of the big contenders," said Takter. "He escalated and became a really top horse. I could see him to be one of those horses to fight for the big money."

The Takter stable was a dominant force in the three-year-old trotting colt division, with Pinkman and The Bank also competing against the likes of stablemates Uncle Lasse, French Laundry and Canepa Hanover.

"It's no challenge, really," said Takter of racing stablemates against each other. "Whoever is the better horse wins. But you know, it's a good problem to have. We had such a great group of three-year-olds and they just did what they were supposed to do. We won most of the three-year-old races."

While The Bank will be standing in Sweden this year, Pinkman is back in training for his four-year-old campaign.

"It's a tough season for a four-year-old to go into the aged group, but with good management I can see him being a real contender," said Takter. "We nominated him in all the big races and a few are up here.

"I'm campaigning right now quite a few good aged horses. I have Creatine and Maven and Shake It Cerry, and then I also have a big eye for Canepa Hanover. Unfortunately, he got hurt and he was as good as any one of my three-year-olds last year. I think he's going to be a serious one."

Takter ranked second in North America in 2015 for earnings with his stable amassing over $13.9 million in purses, with $4.2 million earned in Canada to lead the national standings. While Takter is a top money-earner in the sport, he remains committed to his passion for the horses. The 55-year-old horseman recently discussed plans to scale back his large stable this year and is hopeful that decision will yield even better results for his horses and his own health.

"I'm a hard-working guy and I keep going and I was just working until my body couldn't take it anymore. It was really hard for me. I had to rebound and figure out what's suiting more to myself," said Takter. "I know I was doing this because of my passion for the horses and, fortunately, I have been very successful enough to where I'm financially in the top two. But I never forget why I'm doing it: I'm doing it for my passion for the horses. And I have to go back to that path more.

"I have to do what I feel is good for me and my horses...I think I'm going to have a better outcome, probably anyway."