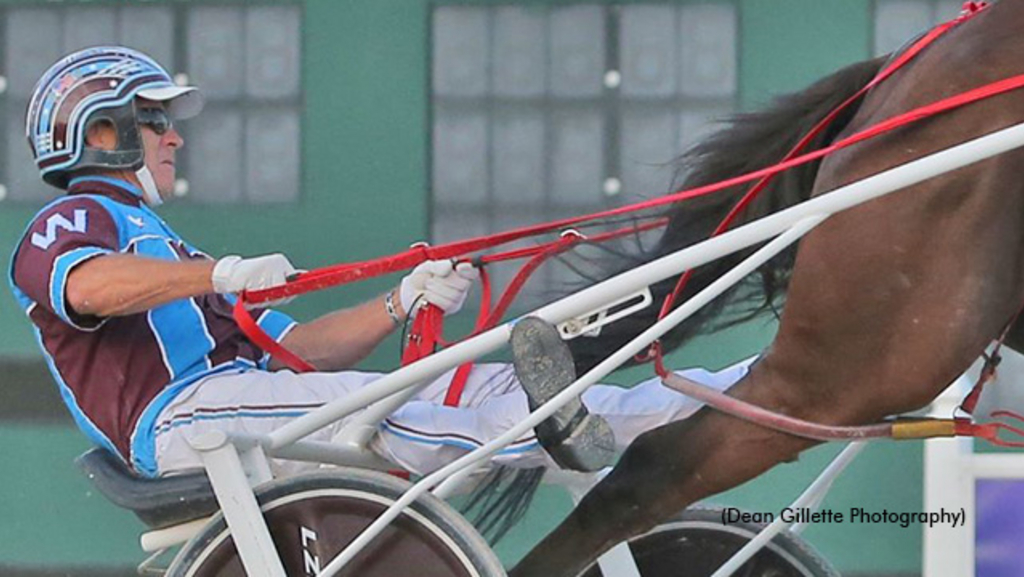 When driver Sam Widger recently reflected upon winning the 7,000th race of his career last year, he was momentarily speechless.

“When I first got in this business, I just wanted to make a decent living,” said Widger, who knew little about harness racing prior to leaving college and taking a job cleaning stalls in the early 1980s. “It almost seems surreal to be linked with some of the top dogs in this business, and to get the opportunity to drive with all of them.

A ride that shows no signs of slowing down. In addition to his milestone victory last year, Widger set a career best with $3.83 million in purses, which was fueled in good part by a strong stakes season that included an Indiana Sires Stakes championship with two-year-old female trotter M Ms Dream.

“The program they have in Indiana is tremendous,” said Widger, whose previous high in purses was $3.82 million in 2011. “Even though I won only the one [Sires Stakes] final, I had a really good stakes year. When you look at 2011, it was the same deal. To get those standout years, you have to be able to drive good stakes horses.”

Widger, a native of Illinois, began driving in 1985. He was introduced to the sport when his father, James, was helping build an equine spa near Quad City Downs. Widger worked cleaning stalls and eventually was asked by a trainer if he wanted to jog a horse. Widger accepted the opportunity, but it did not go well.

“The horse ran off with me,” said Widger. “So, at the get-go, I was a little bit intimidated by horses. But you put one foot in front of the next, handle each day as it comes along. My dad and I started training horses together, and we did pretty good the eight or nine years we did that. So, I thought, yeah, I’ve got something here. Let’s just keep plugging away.

“But I wasn’t considered a catch-driver for maybe eight or 10 years. Then, it took off.”

Widger, who surpassed 1,000 starts for the first time in 1998, has been one of the top drivers at Harrah’s Hoosier Park over the past decade. He was third in wins last season after four consecutive runner-up finishes behind 10-time track champion Trace Tetrick.

“Indiana has been tremendous to me,” said Widger, adding with a laugh, “[The second-place finishes] are kind of like winning because of Trace. You know the Tetrick boys, they’re freaks of nature. They can rank up there with your Tom Bradys and your Aaron Rodgers.”

One of Widger’s top moments last year was winning the Indiana Sires Stakes title with M Ms Dream. She finished the season with six wins and a second in eight races, all with Widger in the sulky, and banked $268,462 for trainer Henry Graber Jr.

“I felt like we sort of came from the same background as far as being a little guy if you will,” said Widger. “So, it was fun to win that for them. They were just elated. They were elated to have that kind of horse, and then to win the big one. So, it was a good highlight of the year for sure.”

Hoosier Park’s 2022 season begins March 25. In the meantime, Widger has been racing at Miami Valley. Last year, he raced at the Ohio oval 341 times, which almost doubled his previous high of 176 starts there. This year, he has won 16 of 162 races at Miami Valley following a monthlong break to freshen up.

“I like having three, four, five weeks off; it’s nice,” said Widger. “But after that, I miss it.”

As for the future, Widger, just as he did in his early days, plans to keep taking each day as it comes.

“I’m not going to change anything,” said Widger. “If it ain’t broke, don’t fix it.

“Today is today, tomorrow is not guaranteed, and yesterday is gone. I just put my life in the Lord’s hands and let him steer my steps.”