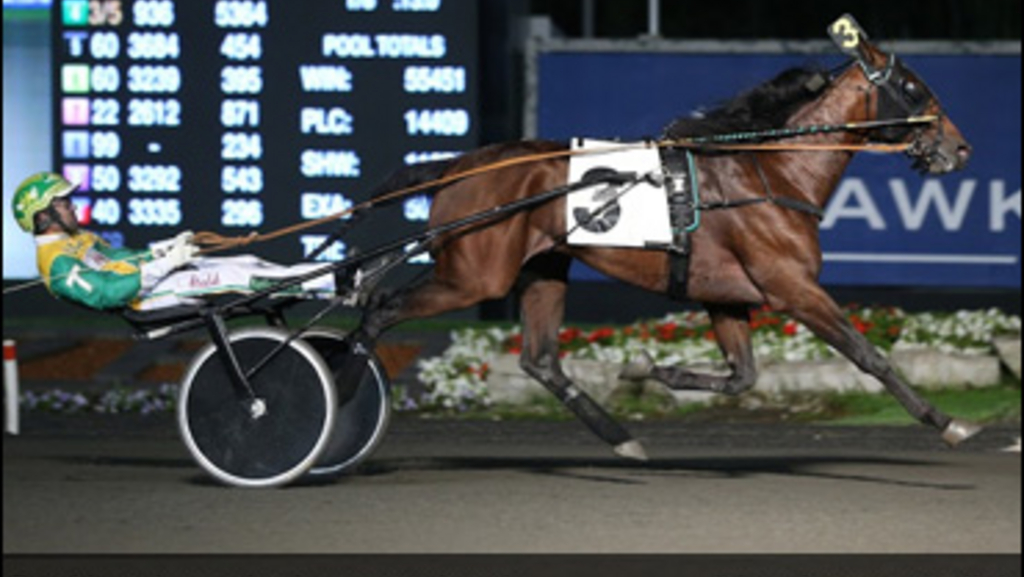 Multiple stakes-winning three-year-old trotting colt Bar Hopping has been retired from racing and will commence stallion duty in 2017.

A son of Muscle Hill from the Credit Winner mare Cocktail Hour, Bar Hopping was a $190,000 yearling. He was competitive on the Grand Circuit as a two-year-old, and took his 1:56.3 mark in a New Jersey Sire Stakes leg at The Meadowlands -- defeating Marion Marauder and Southwind Frank, his only loss as a two-year-old. 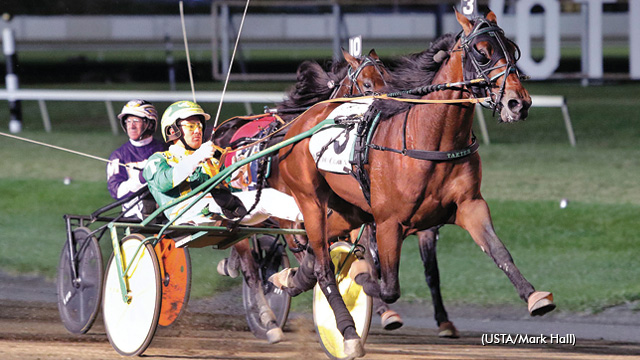 Bar Hopping wins the 2016 Breeders Crown at The Meadowlands

As a three-year-old, Bar Hopping raced 19 times and never missed a cheque with a 9-2-4 summary and more than $1.28 million in purses earned. He won six of his last 10 starts, with major wins coming in the Breeders Crown, Canadian Trotting Classic and Carl Erskine Memorial. For the year, his greatest margin of loss (a third-place finish in the Earl Beal Memorial at Pocono) has four lengths. He trotted to his mark of 1:51.4 twice, in his Hambletonian elimination win and with a stakes-record equalling score in the 2016 Breeders Crown.

Trained by Jimmy Takter, Bar Hopping was owned throughout his racing career by Canadians Marvin Katz and Al Libfeld as well as Christina Takter of New Jersey and Ohio's Hatfield Stables. He retires with $1,385,293 in career earnings and a summary of 10-6-5 from 28 starts and missing the top five only once.