SBSW Featured On 'The National' Tonight 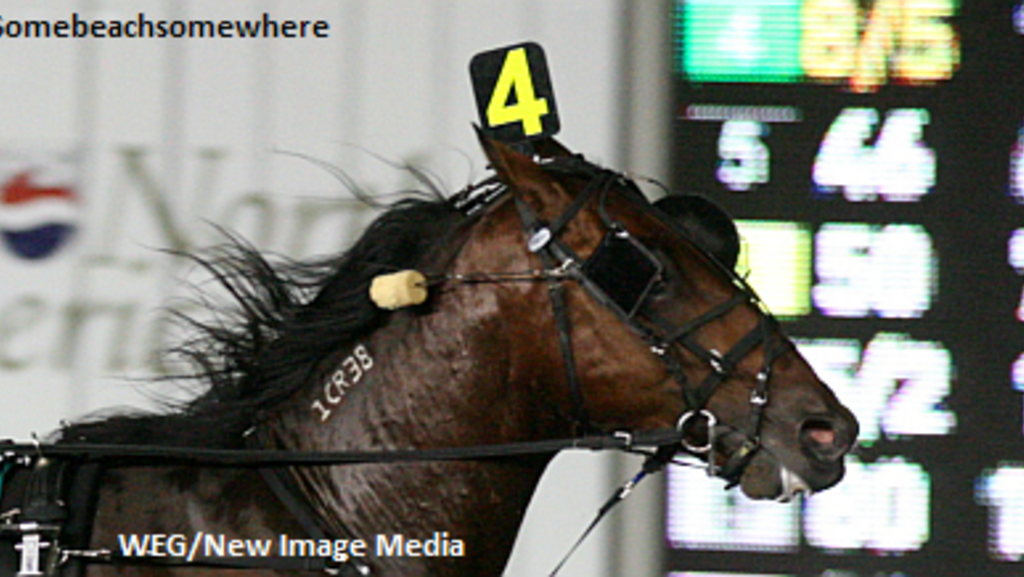 The quest to make Somebeachsomewhere the 2008 Lou Marsh Award winner will be featured during tonight's edition of The National, which goes to air at 10:00 p.m. (ET).

Can or should a horse be voted as Canada's Athlete of the Year? That is one of the issues that will be examined in The National feature. 'The Beach's connections will be interviewed during the segment.

Somebeachsomewhere was expected to contest the eliminations for the Matron Stakes at Dover Downs, but the son of Mach Three has been scratched due to a fever.

Last week, Standardbred Canada launched a campaign for sports writers to vote for Somebeachsomewhere as the 2008 Lou Marsh Trophy recipient. If you have yet to show your support for Somebeachsomewhere, click here, and please remember to enter your name, city and province in the comments box.

Trot Insider has also learned that the French language CBC Radio Canada will also be discussing the Somebeachsomewhere/Lou Marsh issue this evening. The segment is scheduled to be broadcast in the Maritimes beginning at 6:00 p.m. Atlantic time.

Hello people,, he is a

Hello people,, he is a horse, is that not clear, what do you not understand. NO.

A truly amazing horse and

A truly amazing horse and should be athlete of the year.

I was not impressed by the

I was not impressed by the segment tonight. The only time they mentioned AOTY, it was to ask people if they thought a horse could win it. Both of them frowned at the idea and one lady said "I think it would be funny..!?". I was hoping tonight would argue the Beach's case, and open people's eyes to his accomplishments and how much he merits the award. It did nothing of the sort, during the interview with Mr. Pye (in which he was referred to as the "trainer") Mr. Nunn seemed to try and grill him, without even understanding what he was talking about! He wasn't asking important questions and clearly had no appreciation for the horse. Shame.

He is a great horse & has a

He is a great horse & has a great driver & trainer. Congratulations.

I dont think it has ever

I dont think it has ever happened. It is great for the sport, thats for sure!!!

When was the last time a

When was the last time a standardbred had this kind of mainstream media attention ?