Claimers In Spotlight As Pop Up Begins In London 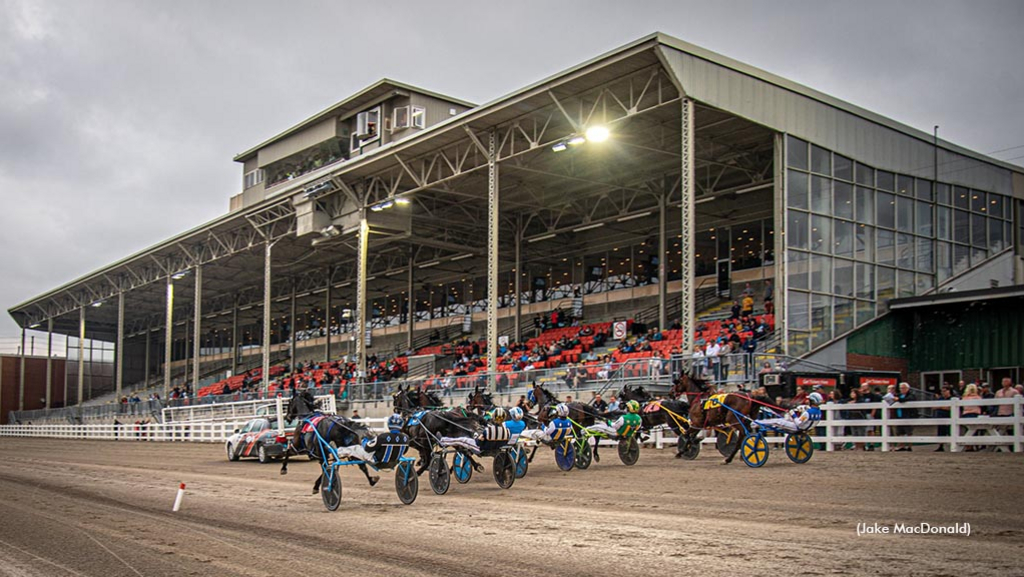 Round one of the Pop Up Series for male claiming pacers commenced Monday evening at The Raceway at Western Fair District, and six divisions were necessary considering the entry box was jammed.

Titanium N turned a two-hole trip into a 2:00 triumph in his $5,400 assignment for the tandem of driver Travis Henry and trainer Isaac Waxman.

The eight-year-old son of Tintin In America sat behind Miramichi David through fractions of :28.4, :59.2 and 1:29.3 before using a :30.1 closing panel to chase down that one and others.  Titanium N drew clear to win by 1-1/4 lengths over Rye N Clyne.  Derby Dylan was third.

Tess Waxman and Carmelo Scime share ownership on the 13-time winner.  He’s banked over $185,000 to date.

Henry then guided Brightside Melvin to a come-from-behind score in the second division.

The Gerard Demers trainee rode cover to the half before making a three-wide move going to the three-quarter pole.  With fractions of :28.3, :59.3 and 1:29.4 in front of him the gelding kicked home in :30 to win by a neck over race favourite Mack The Knife in 2:00.  Always Been Crazy was third.

Triple S Equine owns the four-year-old son of Maracas who won for the third time this season and for the sixth time in his career.  He pushed his overall bankroll over $40,000 with the win.

Brett MacDonald went to the front and didn’t look back with Hercule J M en route to a sharp tally in the third division.

American Sniper turned his two-hole journey into a even-money score in the fourth division for the duo of driver Dan Clements and trainer Bruce Goit.

The son of Western Terror tracked Dark Moves through splits of :29.2, :59.3 and 1:29 before finding clearance and kicking home in :30 to win by a head over Dark Moves in 1:59.3.  Rounding out the Trifecta ticket was May To For.

Craig Ellis of  owns the gelding who is seven-for-29 this season.  The 16-time winner is quickly closing in on $100,000 in lifetime earnings.

Bet On Brett was a popular winner in his division, and he managed to secure the win by marching to the front and leading at every call for driver J Harris.

Kevin Skilton of  celebrated the victory, but the pacer was claimed and went to a new barn following the winning decision.  Make it six wins on the year, 23 scores to date and a career cash stash that stands in excess of $259,000.

Express All That nabbed the final division, and he also managed to secure his victory thanks in large part to the pocket trip mapped out by driver Brett MacDonald.

Sent off as the 6-5 favourite, the four-year-old son of Hes All That shadowed Dabunka through fractions of :27.4 and :57.4.  He then went first-up on that foe and pressed him to the three-quarter pole in 1:27.1.  His :30.3 closing speed was enough to earn Express All That the win by a length over Dabunka in 1:57.4.  Hokie Dokie was third.

Richard Moreau trains the gelding for partners David Daigneault and Len Gamble.  It was the first win of the year for the four-time winner who recently surpassed $40,000 in lifetime earnings.