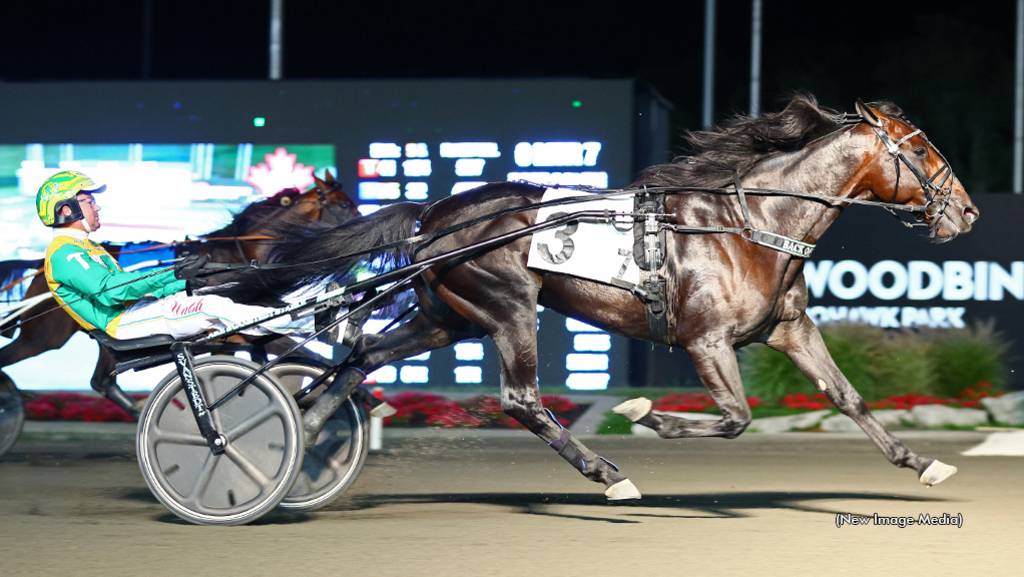 Multiple Grand Circuit stakes-winning trotter Back Of The Neck will stand stud for the 2023 breeding season.

Blue Chip Farms will welcome $1.5 million winner Back Of The Neck 1:51-‘22, to its Wallkill, New York facility for the 2023 breeding season.

Known for his ability on all size tracks, Back Of The Neck has had numerous stakes performances including victories in the Reynolds Memorial at two and three; William Wellwood elimination (third in final), Stanley Dancer, Bluegrass, NJ Breeders Maturity,  Maple Leaf Trot and the Dayton Trotting Derby; second in the Hambletonian elimination (third in final), Breeders Crown Open, Zweig Memorial and Matron.  In October, he came in second in the star-studded MGM Yonkers International Trot after being parked almost the entire mile.

In 2022, Back Of The Neck became the fifth-leading money-winning son of Ready Cash -- joining an elite grouping with Face Time Bourbon, Bold Eagle, Ready Express and Bird Parker. The sons of Ready Cash have demanded great respect for their success at stud in Europe.  Back Of The Neck will offer that same bloodline opportunity to North America.

"Back Of The Neck also boasts a fabulous maternal line," said a release from Blue Chip Farms. "This excellent pedigree foundation makes Back Of The Neck a complete outcross to almost every trotting bloodline in North America."

Out of the Andover Hall mare Big Barb, he is from the immediate family of top performers including Dan Patch Three-Year-Old Trotting Filly of the Year, Broadway Schooner.  Winner of the Hambletonian Oaks and Breeders Crown, she is also the dam of 2022 Hambletonian Oaks winner Fashion Schooner 3,1:50.1-’22 ($691,886).

Back Of The Neck will stand for a stud fee of $7,500.  Please contact [email protected] for additional information and booking opportunities.

(With files from Blue Chip Farms)

Tags
Back Of The Neck
Stallions
Most Popular Stories