This Year In Stallions 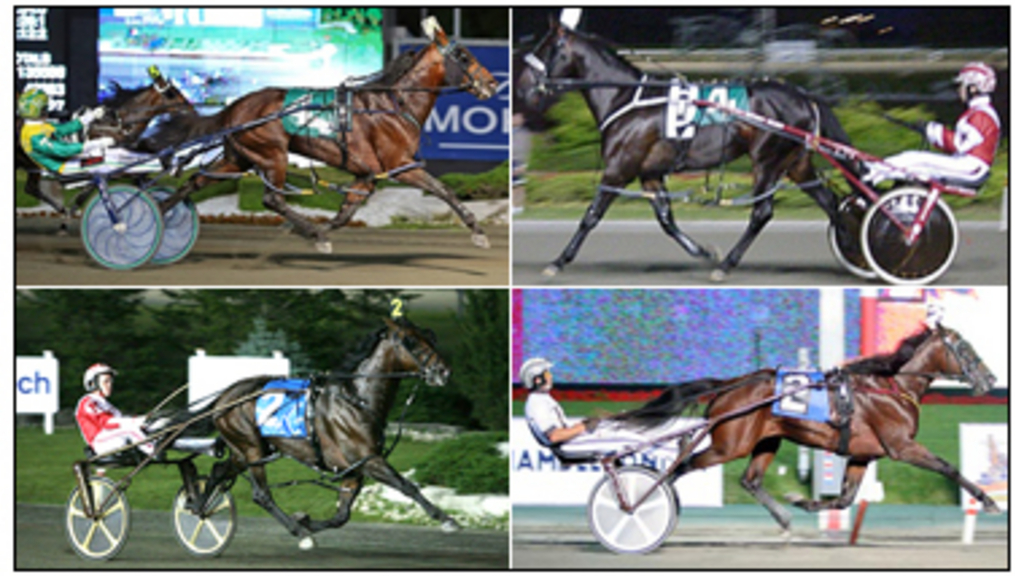 Certain names on the stallion register continued to carry their strong bloodlines through their progeny in the 2020 season, which -- despite larger interruptions to North American harness racing -- managed to exhibit the sport’s finest talent through a condensed stakes calendar.

Among the sport’s pacing stock, Bettors Delight remained on top with thanks to strong performers including Tall Dark Stranger, who banked more than $1.4 million this year, along with standouts Bettors Wish and Peaky Sneaky. From 615 foals, Bettors Delight's progeny banked $18,790,146 thus far in 2020, besting Somebeachsomewhere’s stock of 495 Standardbreds who earned $17,643,696. Captaintreacherous, with 220 foals stepping onto the track, sits third in earnings with $10,947,498.

For two-year-old pacers, the 88-horse penultimate crop from Somebeachsomewhere banked the most green in 2020 with $4,143,040 earned, well over $1 million more than the $2.9 million earned by the 68-starter crop from Captaintreacherous. The first crop from Always B Miki also put forth a strong showing, earning $2,362,609 from 55 starters. The average earnings of the 2020 Somebeachsomewhere rookies was also the best for pacing stallions (minimum 15 registered foals) with $47,080 averaged per starter.

Three-year-olds of Captaintreacherous topped the sophomore charts for the second straight year. His 84-starter crop has earned $5,952,183 in 2020, averaging $70,859 per starter, best on the pacing side. Bettors Delight’s strong sophomore crop carried him into second among earnings by pacing three-year-olds, earning $4,767,607 from 97 starters. His progeny beat Somebeachsomewhere’s 101-starter crop, which banked $4,105,993.

While the pacing side of harness racing saw several names dominate on the racetracks, the trotting side remained under the grip of one bloodline. For the fifth straight year Muscle Hill led all trotting stallions in all-age earnings, and for the second straight year he led in all categories of trotting. From 207 starters, Muscle Hill progeny earned $10,023,266, padded by strong seasons from Hambletonian winner Ramona Hill, who earned just shy of $1 million this season; Hambletonian Oaks winner Sorella and world champion Manchego.

The next best performing trotting stallion for all age earnings was Chapter Seven, whose foals banked $8,172,461. Muscle Mass performed third best, with his crop earning $6,848,920.

The only category where Muscle Hill is beat is in average earnings. Though his three-year-olds earned the highest average of $83,072 -- besting Father Patrick’s average of $56,802 and Trixton’s average of $53,717 -- Muscle Hill did not place among the top three in average earnings for trotting two-year-olds. Southwind Frank earned the top honour among trotting freshmen, with his prospects earning an average $49,317 from a 50-horse crop with 24 starters. Donato Hanover had the second-best average of $46,416 followed by Cantab Hall with $45,973.

Click these links to access the leaderboards for the year's leading stallions by earnings and by average earnings.