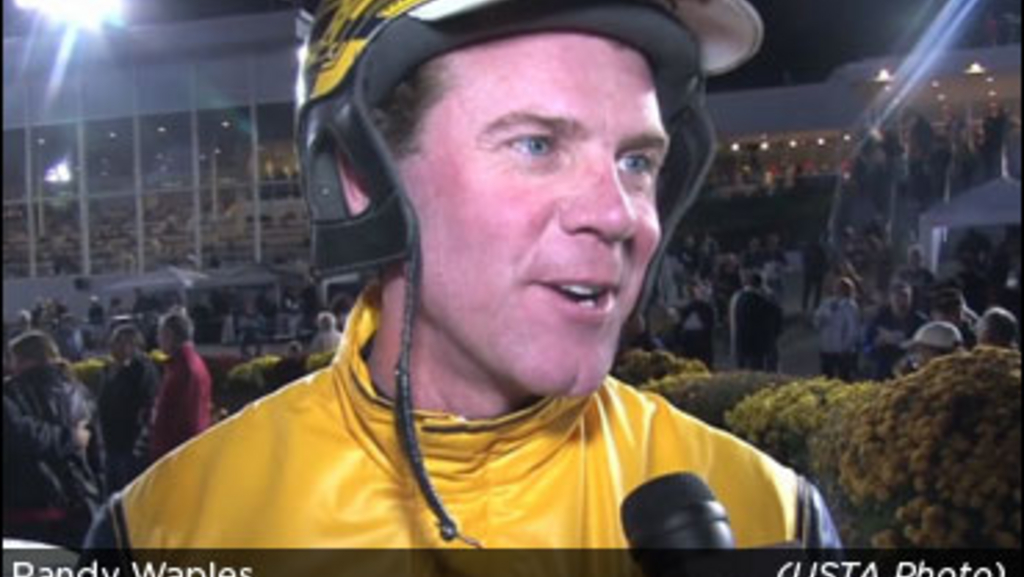 Driver Randy Waples and Allan Pootoolal, owner of Island Heat Stable Inc. of Guelph, ON, have formed an entertainment company and are planning to launch a new television and online series in the New Year

to put the spotlight on the Canadian harness racing industry.

“Randy and I have been working on this for a few months because it’s time we shed national exposure on the true entertainment value of harness racing and the behind the scene lives of those involved,” said Pootoolal. “We want to shed light on the horse, owner, trainer, caretaker and the customer, revealing the ups and downs of their lives both at the racetrack and at home. We’re not just going to be showing races, this will be compelling entertainment which will attract a whole new audience.”

Waples is excited about the project. “Having watched countless harness racing broadcasts, me and Al have decided to move harness racing into the year 2011 with an edgy, behind the scenes show,” he said. “I have always wanted to be involved in broadcasting and this is the perfect opportunity.”

Pootoolal and Waples have already engaged many participants for the project including some of the country's highest profile drivers.

“Whatever I can do to make this work I will do it,” said two-time O’Brien Award winner Jody Jamieson.

Several other drivers, trainers and grooms will be added into the mix, not to mention some of the top owners in the industry.

The theme for the show is “Road to the North America Cup” putting the focus on the lead-up to Canada's premier harness race.

Anyone interested in advertising, sponsorship or partnership of the show, or who would like to be involved in any way with the show are being asked to email Allan Pootoolal or call 519-265-2772.

hey randy we think its

hey randy we think its great go for it. We watched you race at old orangeville and raced against you . you'll remember Shooter and the kids well we are still at it only now our son Clayton drives against you .It will be good if you can show some of the heartaches as well as the wins that people that love the sport and the horses go through You know you have been there .GOOD LUCK Happy New Year everbody

As part owner of a racing 2

As part owner of a racing 2 year old colt and 3 year old filly (with a 1 year old filly eligible to race next year), I think this is a great idea. I would really like to see more people get involved in harness racing, and this is sure to help

I think this is terrific and

I think this is terrific and time someone did this!!!!!

This is great news...can't wait to watch!!
I was loyal to Race night on mondays but since the change to BetNight i quickly lost interest with it's silliness. So glad i have a new Race show to look forward to in 2011..
Thank-you Randy and Allan!!
p.s. I'd like to make a request for these guys to talk to the Baillargeon brothers and find out what the heck happened to Tailspinner?!

In reply to There was a fictional series by kinggocash

If I remember correctly

If I remember correctly "Backstretch" centred much more on the personal, romantic and financial problems of the Race Track Owner and her run down track than it did on the "owner/trainer/driver etc.! I don't think it was too well received and I think it just kinda died without completing it's intended run!!! I kinda liked it though. albeit I might have been a bit biased as MY Wheelbarrow got used a thousand times by one of the actors to wheel manure out of the Horse Barn at the Woodbridge Fairgrounds while the CBC was filming it!!!!
Elmira and the Elora gorge looked pretty good too !!

Anyway -- GO RANDY GO!!! BUT this needs exposure on MAINSTREAM TV not just preaching to the choir on The Score or TSN !

I think this is the greatest

I think this is the greatest idea. Precisely what was mostly missing from Bet Nite. Go for it guys!

There was a fictional series

There was a fictional series on CBC

about 25-30 years ago called "Backstretch" that centred on a standardbred stable and the owner/trainer/driver etc. It was quite decent. Does anyone remember it or know how to get ahold of it?

This is a great idea, by the way and I hope more drivers take Randy's lead of giving back to the sport and promoting it.

Randy Dont know if its a

Randy
Dont know if its a coincidence or not, but I have been in contact with a gentlemen in Florida doing the same thing : Road to the Kentucky Derby" He has been traveling around filming the trainers,horses etc. eligible to the Derby. If I can be of anhy help to you please contact me at Univet
Ronald Bosada

this is great stuff,

this is great stuff, something i have always wanted to watch! Go for it guys!

WAY TO GO GUYS!!!!!
Awesome Idea! I think you will be swamped with advertisers/sponsorship very soon.
This sounds like it is going to be a great show. Just what I missed on Bet Nite Live
interviews with trainers,drivers, caretakers etc behind the scenes....with a little flare thrown in the mix it'll be well worth watching.
Good Luck to All involved!!

Way to go Randy It was

Way to go Randy
It was just the other day that I happened to watch an old standardbred movie called Home in Indiana and I said to my wife this is just what we need to promote our sport back to the public again. Just after retiring Invito I made an attempt to contact a movie Producer and director to make a good family movie on Invitro but to no avail.
Randy I think this is just a great Idea, its what we need. A good down to earth story about our sport and get it out to the public. I have been very fortunate to have two real top horses in my lifetime, Invito and Bigtime ball and if there is anything I can do help you promote our sport just call. (I'm in Florida now with Bigtime Ball) All the best with this venture. Gord.

Just like we need, some out of the box thinking, WE ALL HAVE TO DO IT!!!

Well done Randall! Anything I can do let me know since I think I know what makes good television and all I will ask for is something I've always wanted a "producer credit". lol
With your energy and enthusiasm you might just have a bona fide hit.

YAHOO!!!! Good for you Randy. Finally someone has taken the initiative to put Harness Racing into the limelight, you go guy! Who better to promote our sport, than one of the most colourful and entertaining (not to mention most talented) drivers in the sport, and a member of the most well known family in Canadian Harness Racing "WAPLES". That just about says it all. From Keith and Murray, to Ronnie and now Randy. How about some colourful commentary from "Dad", who has one of the most dry senses of humour in the sport; Banter with Renee, just love to see her trying to maintain her composure when interviewing Randy. Complexion colour changes very good Renee! Some "Rags to Riches stories (referring to horses, not owners)are always very interesting. Maintains the eternal optimism in this sport, e.g. San Pail, Ramegade Bruiser, and no doubt countless others.

Good stuff....way to step up

Good stuff....way to step up to the plate RW & Mr. Pootoolal. I hope the horsemens groups & SC get on board & support this through advertising etc. Maybe The Score or TSN 2 might be willing air it on their network?

A great idea that can do

A great idea that can do nothing but help!!