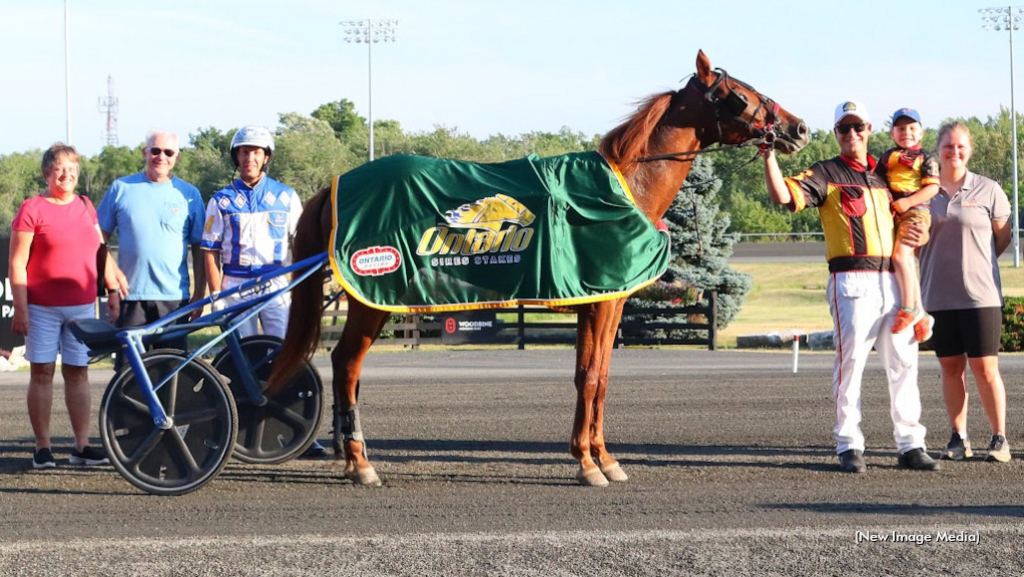 Trainer John Bax and driver James MacDonald claimed the top spots in the Ontario Sires Stakes (OSS) over the 2022 season, taking home the 2022 Johnston Cup and Lampman Cup titles as the leading OSS trainer and driver.

The Johnston Cup was established in 1993 in memory of Bruce Johnston, publisher of The Canadian Sportsman magazine. It is awarded annually to the leading trainer in the Ontario Sires Stakes program based on a point system that awards one point for each start, four points for each win, three points for each second and two points for each third.

In a career year, veteran John Bax earned his first OSS training title after sending 81 starters to the track and collecting 14 wins, 12 seconds, 15 thirds for earnings of $916,138 and a Johnston Cup point tally of 203. Gregg McNair (177 points) finished second in the Johnston Cup standings with Rob Fellows (169 points) finishing in third.

"Everybody chase Bob McIntosh for a lot of years and he's kind of the he's gold standard," said Bax on winning his first Johnston Cup. "What I'm most proud of is being consistent; I've been likely been in the top 10 for the last 20 years or most of the last 20 years or so.

"Sometimes it's a bit of a numbers game...this year it just so happened that we had a fair number of them and a lot of them turned out. Like I've said before, some years you're lucky to get one Gold [horse] and this year we had a number of them. And they performed well."

The star of the Bax stable in 2022 was two-year-old trotting filly Righteous Resolve, who topped standings in her division with four wins and one second in five OSS starts, earning $290,675 and 175 points. A daughter of Resolve and Motown Muscle, Righteous Resolve boasts an overall record of 8-1-1 and $623,704 in 10 starts with a mark of 1:53.1 in her freshman campaign. Righteous Resolve is owned by breeders Bet Max Stables Inc. and Benenati Inc., and she's the frontrunner for the 2022 O'Brien Award in her division.

Other top point earners from the Bax outfit included Righteous Resolve's full sibling Duly Resolved, who placed second in the OSS Gold standings for three-year-old colt trotters with 116 points; and Snowpiercer, who earned 111 points for the third best total among two-year-old colt trotters.

"I’m just a lucky guy to have so many great owners and trainers that support me in the OSS," MacDonald told Trot Insider. "The last few years I’ve been blessed with great horse after great horse. Hopefully it carries into 2023."

Doug McNair (374 points) edged out Louis-Philippe Roy (370 points) to finish second in the running for the Lampman Cup.