Meadowlands To Conduct Live Racing In 2011 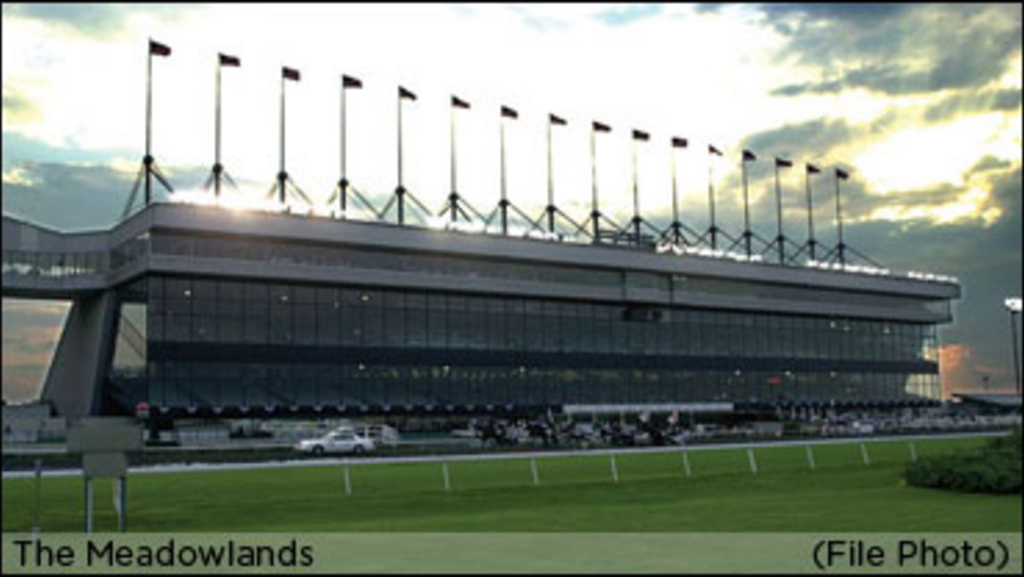 bridge the gap to a potential long-term solution that will make the Meadowlands Racetrack a privately-run, self-sustaining venture without taxpayer subsidies.

The agreement meets the Governor’s foremost requirement that operating and purse subsidies for standardbred racing come to an end. To ensure that racing at the Meadowlands can continue uninterrupted on its January schedule, the New Jersey Sports and Exposition Authority (NJSEA) will extend operations, secured by simulcast racing revenues, through only March 31, with no costs being absorbed by state taxpayers.

In the meantime, the Standardbred Breeders and Owners Association (SBOA) or its designee will be guaranteed exclusive rights to negotiate a $1 per-year lease for the Meadowlands Racetrack for up to five years, with a renewal option. If, at the end of March a lease agreement and self-sustaining operating plan is not in place, all parties agree that the NJSEA will suspend standardbred racing at the Meadowlands Racetrack, with the possible exception of the Hambletonian Meet in August 2011.

“It has been my goal all along to keep horse racing alive in New Jersey and at the Meadowlands with a renewed, financially-sound business model that meets the fiscal realities faced today by both the horse racing industry and the state,” Governor Christie said. “Given the economic realities, my first interest and priority lies with taxpayers of New Jersey and ensuring the future of the sport is no longer reliant on millions of dollars in subsidies year after year. Today, we have reached a mutually beneficial agreement for the near term, and a framework for a long-term solution to move the industry forward on an independent and self-sustaining financial foundation.”

"I am excited to find a way to operate the Meadowlands and several off-track wagering facilities in the private sector,” said Jeff Gural, a New York racetrack owner-operator and real estate developer. “I think the structure that is being proposed will be well received by our customers, as we intend to produce the highest quality horse racing product in the standardbred industry. I've been successful in Upstate New York at Tioga Downs, where we have been able to attract new and younger customers. We will use the same marketing strategies for the Meadowlands and hope for the same results.”

“We are thankful real estate entrepreneur and harness racing enthusiast Jeff Gural came to our aid during the final stretch of discussions with the Christie Administration,” Tom Luchento, president of the SBOA, said. “The deal with the Governor to save standardbred racing at Meadowlands will provide our industry a lifeline and give us time to implement innovative changes that will foster self-suffiency. The time is now for the State of New Jersey and Meadowlands Racetrack to regain their status as the world’s premiere standardbred racing venue.”

All parties involved have agreed that the state will no longer subsidize harness racing at the Meadowlands. If a long-term lease agreement and operating plan for self-sufficiency is not reached by March 31, 2011, all parties agree that a good faith effort will have been made by the standardbred industry and the Christie Administration to reach an agreement and avoid closure of the Meadowlands Racetrack.

The state’s short-term funding for the first quarter of 2011 operations will be guaranteed by the SBOA’s pledge of its right to simulcasting revenue at the Meadowlands from April 1, 2011, until the state recoups its costs.

Among the lease parameters agreed to today:

• The NJSEA will assign up to four off-track-wagering (OTW) locations, including Bayonne (but not Woodbridge), all of which would operate contingent on private operation of the Meadowlands Racetrack.

• The OTW locations would pay the NJSEA 10 percent of net OTW earnings.

• There will be no ongoing subsidies for purses or racing operations.

Yes, thank you Mr. Gural but

Yes, thank you Mr. Gural but he shouldn't be expected to virtually bale out the industry. Read his letter, he makes it very clear what has to take place in order to save the industry. It is a tough go right now, keep your head up everybody ($5500 bet at SUD the other night).

Well I'm glad to know that harness racing at the BigM is alive at least through March 31, 2011. Having said that, I feel the process is still hamstrung with the lease agreement being limited to Mr. Gural. New Jersey will always be at a competitive disadvantage without SLOTS at their harness tracks if there isn't going to be a subsidy program. Yonkers up north and Chester down south is sucking money out of New Jersey and allowing for a better purse structure at inferior properties than the 1-mile cirucit in East Rutherford. Christie is setting up one of his friends for an ambush move down the road. You heard it hear first.

Can't say how happy I am.

Can't say how happy I am. Hopefully Jeff Gural can make it work. Thing, the simulcasting dollars keep going and on track, he makes harness racing entertainment again. The best of both worlds.

Of course, it is not a done deal but it give us reason to hope.

Hopefully Mr. Gural can make it happen. A guy with his passion and energy could certainly revitalize the Mecca!