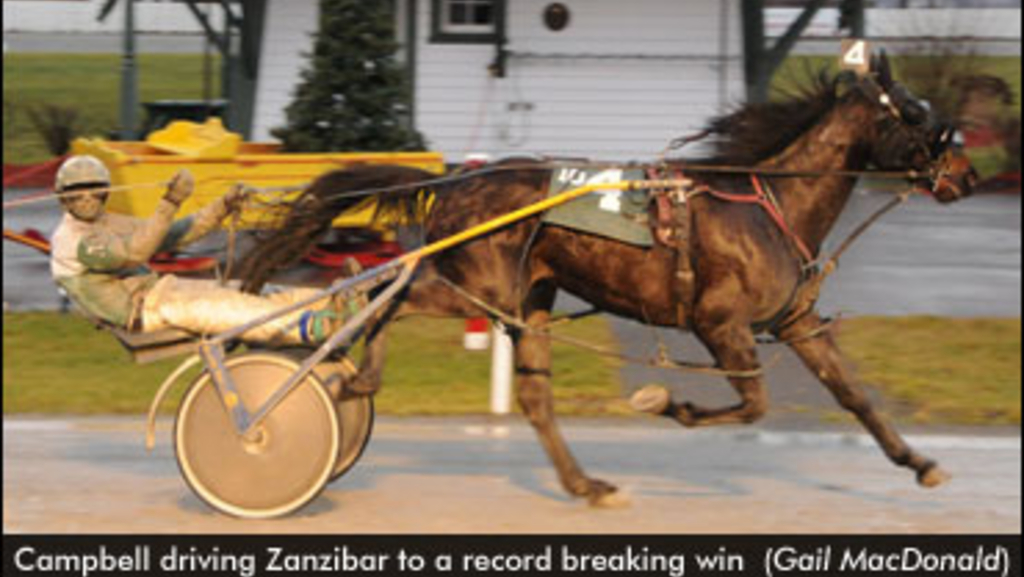 notching his 119th victory aboard Zanzibar.

The five-year-old gelding won his third in a row in with a 2:02.4 effort in Race 10 for trainer Paul Morrison and owner Kathy Furness of Vernon Bridge, P.E.I. to be part of the celebration. The 27-year-old pilot was joined in the winner’s circle by family, friends and Red Shore’s management for the special trackside presentation marking the milestone.

Campbell equalled the record set by Paul MacDonald in 1987 with Armbro Dandelion in 2:02 in his first drive of the day in Race 3. Owners David and Debbie Macmurdo of Kensington, P.E.I., along with trainer Stacey Lund, were proud to be a part of the record tying win. The O'Brien Award of Horsemanship nominee was just edged out for the win in the very next race with Scarlet Patti, a horse trained by his father-in-law, before claiming the record in a deep stretch drive in Race 10.

Riccaras Sun gave Campbell a driving triple when they teamed up to win the afternoon feature race in 1:57.4 and push the record to 120. Last Art On Deck was second with Oakrock Almighty third. The winning horse is owned by Ken MacInnis of Charlottetown and trained by Trevor Hicken.