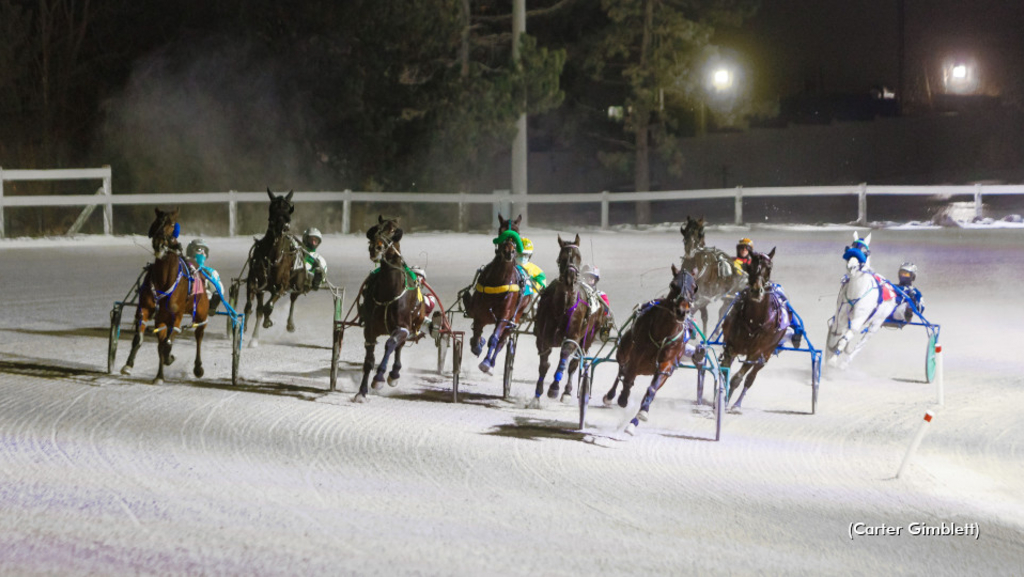 After going home empty handed in a late-November assignment at , Team Hensley gave Major League N a golden opportunity to rebound thanks to a change of scenery.

Ed Hensley pointed the distaffer to the lead from the pole position and together they managed to slice out panels of :27, :56.3 and 1:25 before sealing the deal with a final quarter clocked in :29.  She won by 1-1/2 lengths over Miss Rockadali in a time of 1:54.  Rallying to grab the show dough in the seven-horse affair was Stonebridge Drama.

Sent off as the 4-5 favourite, the nine-year-old daughter of Gotta Go Cullen-Candlestick improved her 2022 record to 6-8-3 from 37 trips postward for the Hensleys.  The 26-time winner pushed her lifetime earnings over $240,000 with the triumph.