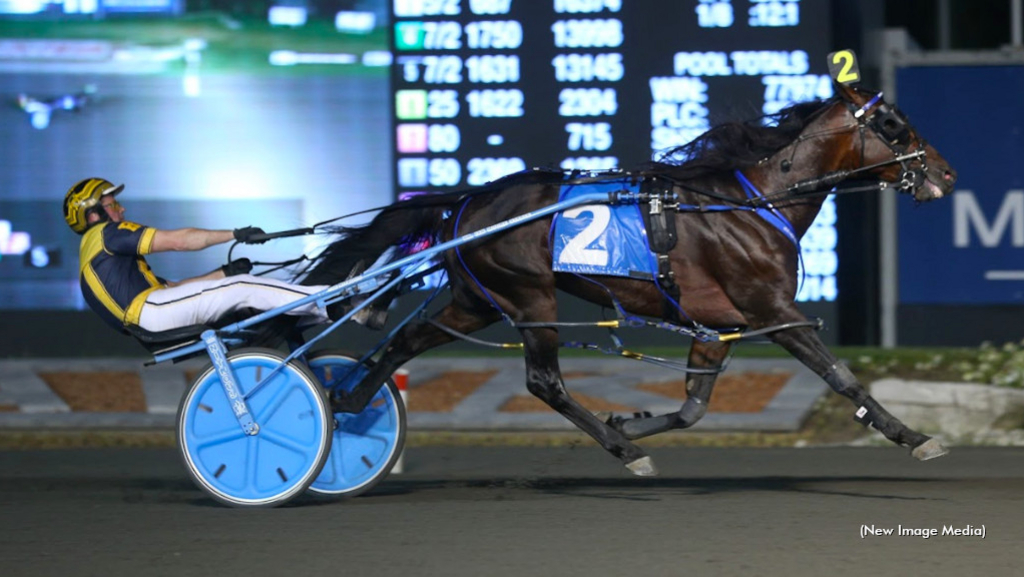 After six seasons of stud duty in Canada, former Horse of the Year State Treasurer will have a new home for the 2023 breeding season.

On the racetrack, State Treasurer sported a summary 33-15-16 from 106 lifetime starts, a mark of 1:47 and $2.07 million in career earnings. During his racing days he captured the Canadian Pacing Derby, U.S Pacing Championship in a world record 1:47, Dayton Pacing Derby, Roll With Joe, Mohawk Gold Cup and three straight editions of the Molson Pace for owners Sally & Paul MacDonald.

Now 13, State Treasurer (Real Desire - Ideal Treasure) has sired 109 foals with 84 horses of racing age. His starters are averaging $54,966 in earnings with 78.8 percent of starters having records. His best performer to date is Metro Pace and 2022 Ontario Sires Stakes Super Final winner Stockade Seelster, whose stellar two-year-old season will surely land him in solid consideration for the 2022 O'Brien Award.

Trot Insider has learned that State Treasurer will be standing in Maine at Dupuis Farm, where his 2023 stud fee will be $2,500.