Gallucci Looks Back, And Ahead 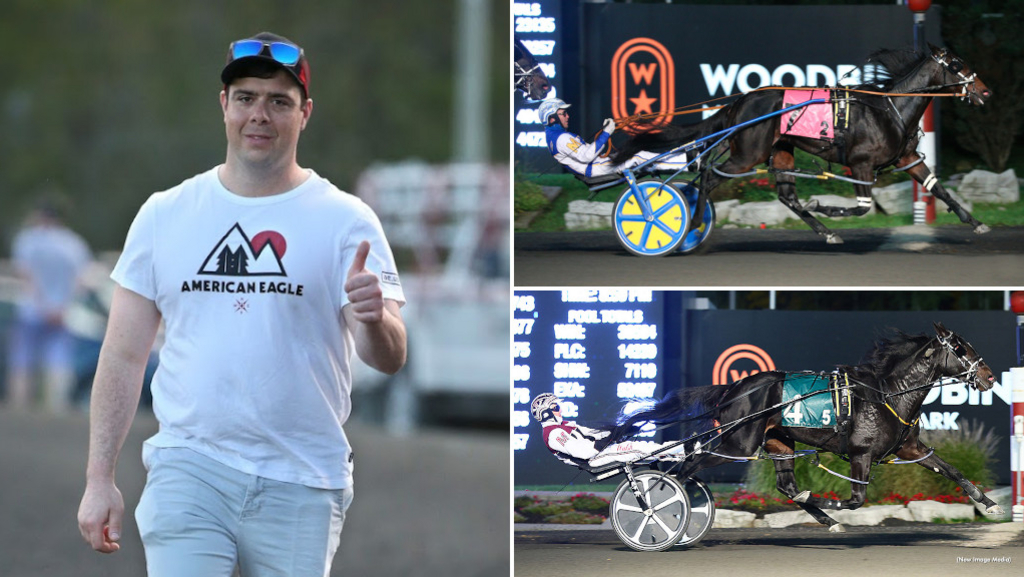 Coming off a 2021 campaign that saw him set career highs in both wins (63) and earnings ($2.1 million+), Nick Gallucci is having another strong season in 2022, which is once again headlined by his two star fillies for Millar Farms: Prohibition Legal and Silver Label. Just like they did a year ago, the duo has helped him finish tops this season among trainers in Ontario Sires Stakes earnings ($932,960), as well as helping him capture yet another OSS Super Final championship.

Gallucci doesn’t undersell the feats both fillies have helped him accomplish. Both Prohibition Legal and Silver Label have been at the forefront of some of his greatest training achievements, including his first-ever Breeders Crown appearance last month at Woodbine Mohawk Park.

“Being a part of an event such as the Breeders Crown, with it being on home soil...none of it really sunk in until the week leading up to the eliminations,” Gallucci told John Rallis writing for Trot Insider. “It’s a huge race, especially when you see the competition you’re up against. When you’re racing at that level, you want to win, obviously, but you’re happy with getting a piece because those are the best fillies.”

Both Silver Label (Bettors Delight - Hidden Gem) and Prohibition Legal (Big Jim - Catch A Wish) did enough in their Breeders Crown eliminations to qualify for the three-year-old pacing fillies final, and were, in fact, able to secure cheques in the final with a fourth and fifth place finish, respectively. Both fillies were put in play early, but worked out different trips.

“I thought Silver [Label] got the best shot she could’ve. The outside post wasn’t ideal, but she got off the gate really well. Heading into the race — to me, personally — it looked like Niki Hill was in a league of her own, but with where she drew you knew it’d make for an interesting race,” noted Gallucci. “All of those other fillies are evenly matched, which means it was going to come down to the best trip. I mean, the filly who won it [Treacherous Dragon], raced really well, but also got the best trip. As for Silver Label, Doug [McNair] drove her great. She ended up with probably the second, or third best trip, and ended up fourth. At the end of the day, it comes down to racing luck.”

As for Prohibition Legal, Gallucci will be left wondering what could’ve been if she found a way through after being locked in behind a wall of fillies in the stretch drive with nowhere to go.

“Personally, I think she wins if she finds room, but it’s hard to make that call 100 per cent without seeing it play out,” Gallucci added. “Coming into that race, that’s the best Prohibition [Legal] has been all year, so it would’ve been nice to see what would’ve happened. James [MacDonald] got her in position early, but would’ve been forced to go first up, which isn’t something either of us wanted. They were pacing quick up front, and the filly who came first-up faded to seventh. That could’ve easily been our fate – finishing sixth or seventh if she goes that kind of trip. Again, it all goes back to racing luck, but I was very pleased with how James handled her in there.”

Win or lose, the experience was a positive one for Gallucci, who, for the most part, was encouraged by the season accomplishments from his prized fillies. The two, however, progressed in opposite directions than he expected.

In eight starts last year, Silver Label had six wins and two runner-up efforts (which came at the hands of her star stablemate), while amassing $341,726. Those wins included three OSS Gold victories and a Champlain Stakes victory as well. While she was strong at two, she’s been better at three. 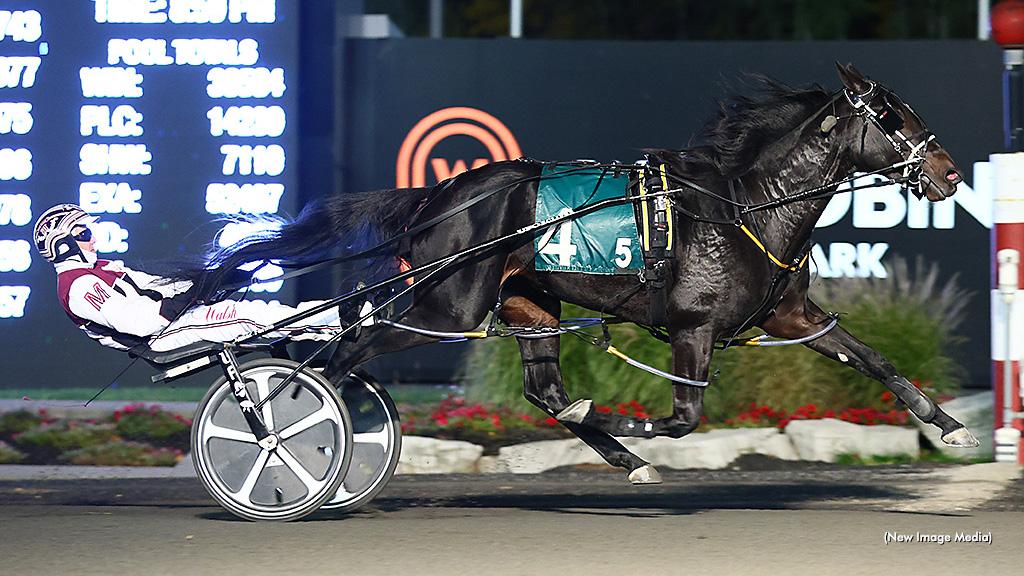 “Silver Label has made all the right steps this year,” said Gallucci. “She’s a big filly and she looked like a different animal this year after filling out. She just looked more like a racehorse this year. Last year as a two-year-old, while she raced well, she was lightly-raced. This year, she’s had more starts, and has responded well to it. I feel as though she was a lot more prepared for this year. If you go back and watch every start of hers, she was always on her game when it mattered. It was a great year for her.”

In 13 starts this year, Silver Label equalled her win total from a year ago (six), but took on stiffer competition, including some tussles against Grand Circuit company. In addition to winning two OSS Golds, she was able to finish her provincial career on a high-note, winning the Super Final for her division on Oct. 15 at Mohawk. This daughter of Bettors Delight amassed $488,222 in earnings this year, and looks to be a contender for O’Brien Award consideration as the best three-year-old pacing filly in the country.

“It’s really nice, and somewhat surprising, that Silver Label was able to carry the load for the rest of the stable. She threw in the odd mediocre race, but she was great. She always seemed better if you left hard with her and got spotted. Like you saw with her trip in the Super Final, that’s typically her style of racing.”

As for Prohibition Legal, things didn’t go exactly the way Gallucci and owner Millar Farms had hoped for this season, especially considering how dominant she was as a two-year-old. In her freshman campaign, this daughter of Big Jim dominated the provincial ranks, going a perfect six-for-six, capped off by an OSS Super Final victory. She had just one blemish on her resume, falling a length-and-a-half short to 2021 Dan Patch Award-winning filly Niki Hill in the $500,000 Shes A Great Lady final. She made $564,204 and won an O’Brien Award as the best two-year-old pacing filly. Her expectations heading into this year were immense – for good reason – but she just couldn’t find her stride. 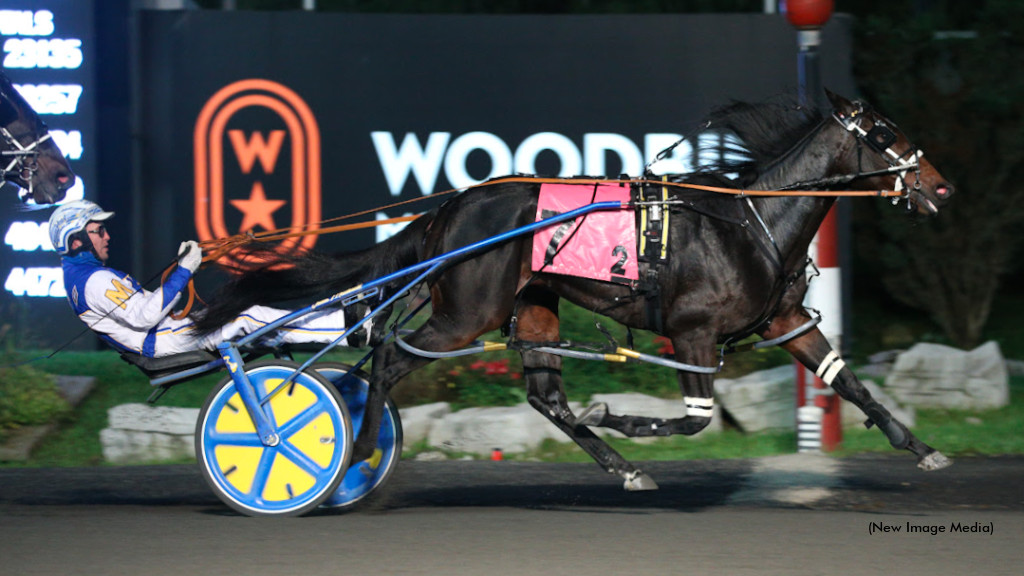 “This year was a disappointing year for [Prohibition] Legal,” admitted Gallucci. “Leading up to the year, we were hoping for a lot more success and a lot more starts. That didn’t happen, unfortunately. She was lightly-raced, but she still had a decent year.”

After sweeping the provincial program a year ago, Prohibition Legal’s lone victory came in an OSS Gold race on Sept. 26. A few weeks later, she fell short to her stablemate in the Super Final. She still made $248,437 this season, picking up a cheque in every one of her starts, but there’s no doubt everyone was left wanting more.

“I can’t really pinpoint what went wrong. I had raced both of them lightly last year in hopes that they’d be fresh, but 'Legal' just didn’t fire the way we all had hoped. It sucks the season has come to an end, because I really feel like she’s back to herself right now. I felt really good about her heading into the Breeders Crown final. She raced really well.”

With the provincial program over and done with, what’s next for these two fillies this year...and beyond?

“Both are eligible for the Matron at Dover Downs, but I think only Silver Label will be able to go since it’s based on earnings for the year and 'Prohibition' didn’t make enough money to qualify,” stated Gallucci. “We’ll have to look at the schedule [beyond this year]. It’s nice that they wrote that Margaret Juravinski race for four-year-old pacing mares at Flamboro. I’m probably going to give Prohibition Legal a really long break; I'll aim to race her in the later part of next season. As for Silver Label, I’m going to stake her a lot heavier. I’ll aim to bring her back by May...maybe even mid-April. I’d like to have her ready for the Margaret Jurvanski, as I mentioned, along with the Graduate Series and other events. I’m definitely thinking we’ll have a few races on our radar in the U.S. next season. It’ll be different trying to navigate over there, though, because that’s something we haven’t really done over the first two years of these fillies’ careers. But we’ll make it work.”

With another successful season coming to a close, is there anything Gallucci can take away from this year?

“Every year you start to adjust to the bigger pressure races. All I hope for is more opportunities to race in events such as the Breeders Crown. At the end of the day, it all comes down to how everyone develops and their progress throughout the year,” said Gallucci. “When you get a chance to train horses like Prohibition Legal and Silver Label, your chances improve significantly. They’re both special fillies and I’m looking forward to seeing what they can do next season. Hopefully I can get my hands on more horses just like them.”