Maven To Tackle The Boys 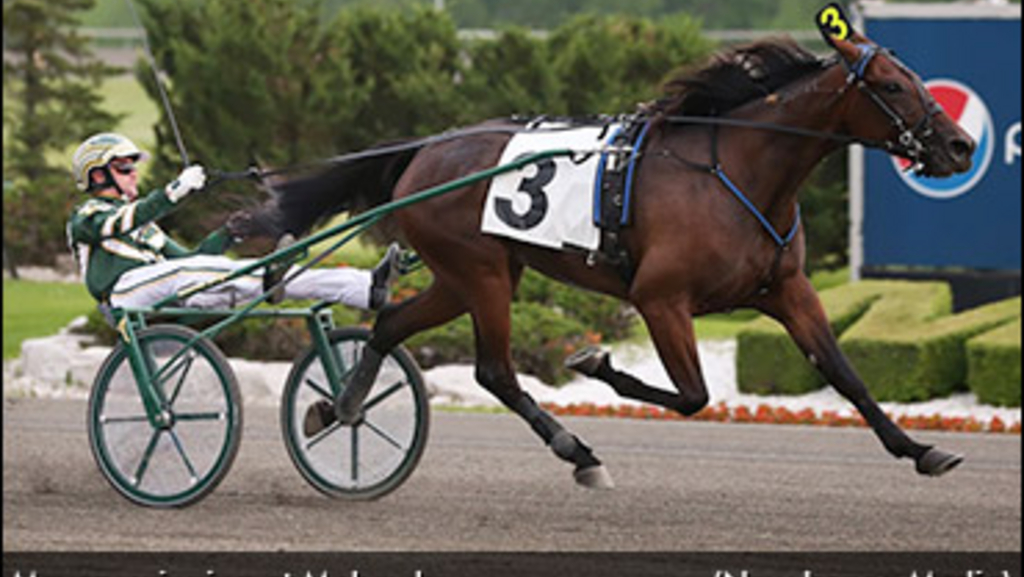 “We’re planning to maybe do a Europe trip next year, where we’ll definitely go against the best boys there are, so we’ll give it a try now and see what she can do.”

Most of the top-ranked harness horses in North America will be at Chicago’s Balmoral Park on Saturday night as the track hosts eight American-National Stakes for trotters and pacers.

Eight of the sport’s Top 10-rated horses – including No. 1 Bee A Magician, No. 2 Captaintreacherous and No. 3 I Luv The Nitelife – will be in action.

Also racing Saturday at Balmoral is No. 5 Maven, a four-year-old female trotter who will challenge the boys in the $200,000 American-National for older trotters. Maven has won 10 of 13 races this year, including the Breeders Crown for older female trotters, and earned $465,220 for owner Bill Donovan.

“She’s been racing pretty good here at the end, she’s pretty sharp right now, so we said let’s give it a try,” trainer Jonas Czernyson said about Maven.

She has won 25 of 28 lifetime races and earned $2.12 million – the most ever for a filly trotter or pacer in history.

He is the sport’s top money-winner this season, with $1.93 million and is bidding to become the ninth pacer to bank more than $2 million in a year. He is trained by Tony Alagna for the Captaintreacherous Racing ownership group.

I Luv The Nitelife has won 13 of 14 races this year, including the Breeders Crown for three-year-old filly pacers, Valley Forge and Jugette, and earned $1.21 million for owners Richard and Joanne Young and trainer Chris Ryder. She races Saturday in the $161,000 American-National for 3-year-old filly pacers.

Her $1.90 million in career purses is the most ever by a filly pacer, breaking the record of Put On A Show, who was also owned by the Youngs and trained by Ryder.

The time equaled the stakes record set by Buck I St Pat, who in 2010 was the last female trotter to beat the boys in the American-National.

“She came out of the Breeders Crown very good,” Czernyson said about Maven. “She’s still full of herself and happy as can be. She’s looking as good now as before all of this, so we’re going to give it a try. I think she might even be a tad better than earlier in the year.

“She’s just a very good horse. She just takes such good care of herself. She’s doesn’t do any more than what she has to do and she’s easy to train. That’s why she can stay at the level she’s at, and hopefully keep on staying up there.”