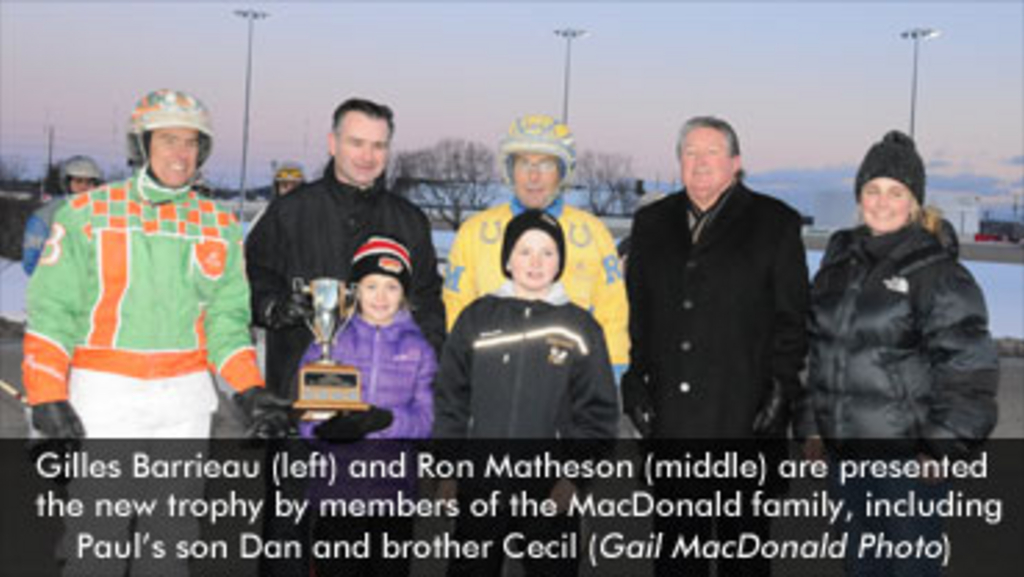 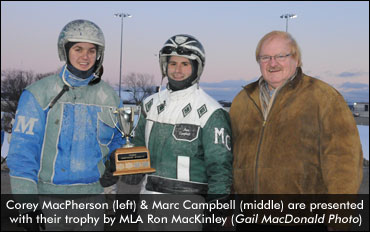 The challenge spanned eight races on the Horseperson's Day card with Barrieau and Matheson each finishing with 62 points to dead-heat for the victory.

Barrieau was off to a great start winning the very first leg aboard Woodmere No Fool. He was the point leader over Matheson and three-leg winner Marc Campbell heading into the final race, but Matheson was victorious with Van Zant and earned enough points to join Barrieau atop the standings. There was another dead-heat for the runner-up honours between Campbell and Corey MacPherson, each with 55 points.

Other participants included Jason Hughes (50 points), who had one victory during the challenge, Mark Bradley (48), two-time winner Terry Gallant (43), and Vincent Poulton (41).

Barrieau and Matheson were presented with the new driving challenge trophy, named in memory of the late Paul MacDonald, by MacDonald's son Dan and his children as well as MacDonald's brother Cecil and PEISHOA President Dr. Colleen Dickie. MacDonald won the top driver award on several occasions throughout his career and held the record for most wins in a single season for 24 years. The former E.F. Acorn Memorial Trophy was retired this year.

Campbell and MacPherson were presented with their hardware by the Hon. Ron MacKinley, minister of Fisheries, Aquaculture and Rural Development.