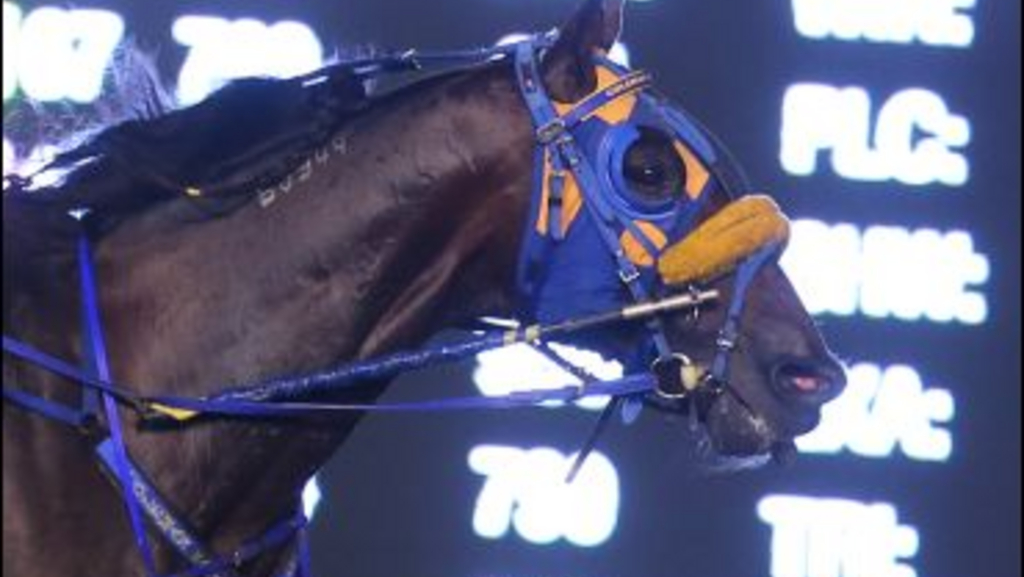 McWicked retired Saturday following his fifth-place finish in the TVG Open Pace championship at the Meadowlands Racetrack, which brought the curtain down on the eight-year-old horse’s award-winning and record-setting career. McWicked was honoured in the ‘Big M’ winner’s circle, where James, Coleman, and driver Brian Sears gathered in a light rain to offer their thoughts about the 2018 Horse of the Year.

“He’s been a real special horse for me,” Sears said. “He’s raced against the best his whole career and brought us a lot of special moments, that’s for sure. The last couple falls in Lexington, those were some great races, but he’s done some tremendous things throughout his career. He’ll be real hard to replace.” 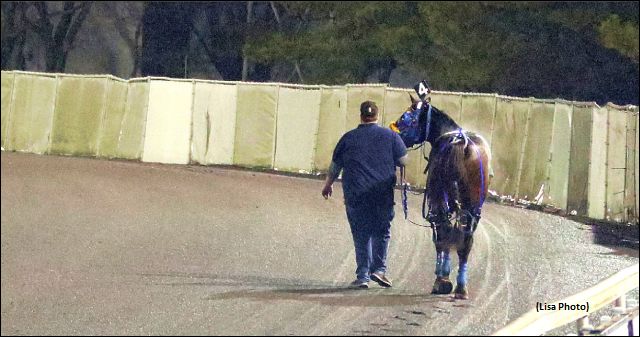 McWicked, pictured on Nov. 23, 2019 at the Meadowlands Racetrack after the TVG Final. He is pictured walking off the track, shoeless, after a retirement ceremony in the winner’s circle.

McWicked, a son of McArdle out of Western Sahara, won 40 of 110 career races and $5.1 million in purses. He is the richest pacing horse in North American harness racing history and second to only gelding Foiled Again on the all-time money list.

This season, McWicked won six of 17 races and $1.05 million. It was his third million-dollar season, putting him in the company of Foiled Again as the only pacers with three million-dollar campaigns.

Last year at age seven, McWicked became the oldest pacer in history to receive Horse of the Year honours from the U.S. Harness Writers Association. He led the sport in earnings, with $1.66 million, and became the oldest horse in 43 years to top the money standings. He also broke Foiled Again’s earnings record for a seven-year-old, which was $1.40 million in 2011.

He won the 2018 Allerage at Lexington’s Red Mile in 1:46.2, which is the third-fastest winning race mile in history.

Throughout his career, McWicked battled throat and foot issues.

“He’s tough as nails,” Coleman said. “He just refuses to lose and gives everything he’s got right to the wire every week. I’ve never been disappointed with the horse.”

James, whose S S G Stables has owned McWicked since late in his two-year-old season, made the decision to retire the horse two days prior to the TVG, which was won by Always A Prince in 1:48.2.

“He wasn’t as sharp as he used to be after eight years,” James said, noting how difficult it is for a horse to remain at the top level over such a long period of time. “He’s just good; he busts his butt every day. Casie has done a great job with him. The (drivers) have done a great job driving him. It’s about as good as it gets.” 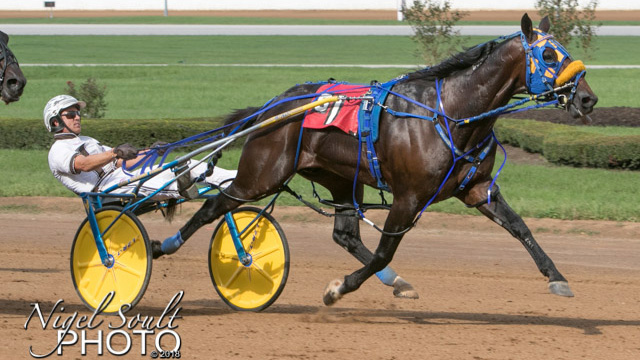 McWicked and Brian Sears, pictured winning the 2018 Allerage Pace at the Red Mile in 1:46.2.

There was no decision where McWicked, who was bred by Andray Farm in Pennsylvania, would stand stud.

“Mr. James has to make his decision what farm is best for him to go to,” Coleman said. “I know I’ll definitely buy some ‘McWickeds’ when they come to the sales. The way he looks, his speed and grit, if they’re anything like that, we’ll be good.”