McWicked To Retire After TVG 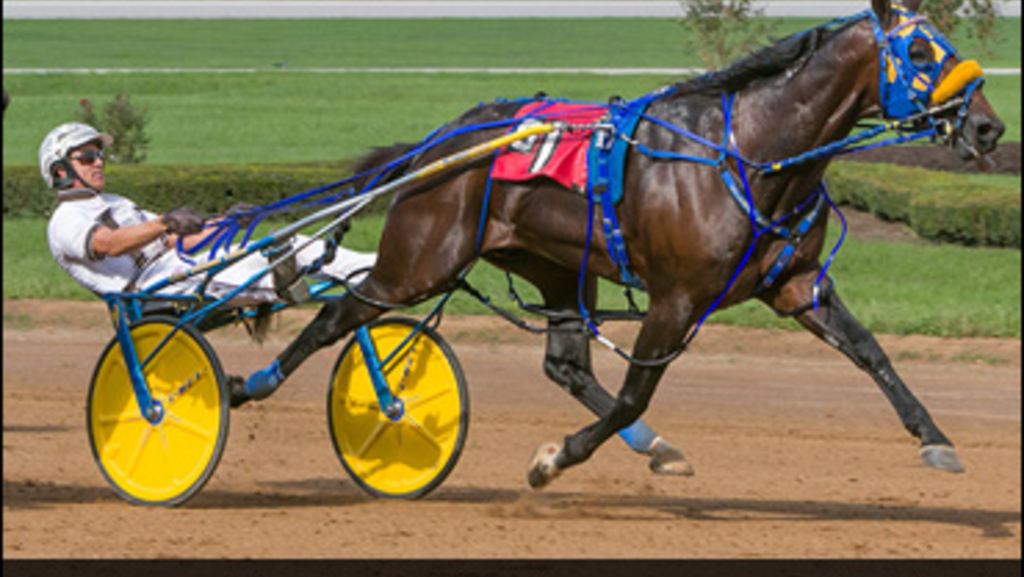 The richest pacing stallion in harness racing history, McWicked will make his final career start in the TVG Open Pace this Saturday (Nov. 23) at The Meadowlands.

Trainer Casie Coleman told Trot Insider that owner Ed James made the decision to shut the eight-year-old down on Thursday.

"Ed phoned me just a bit ago and made his decision," said Coleman from her Florida base of operations. "He's been humming and hawing on what to do and whether to race or stand [stud]. Originally he told me that he'd race in the TVG Final Saturday and then make up his mind after that. But he just called and said it's going to be his last start Saturday." 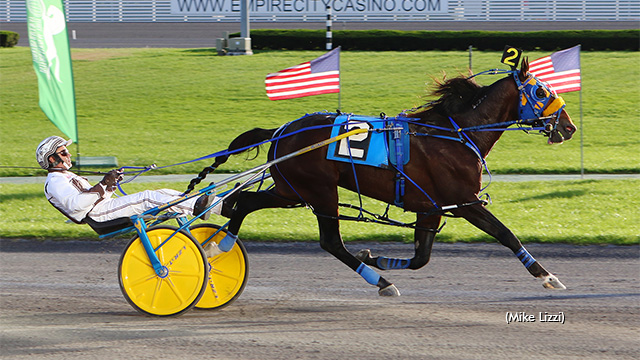 A winner of the 2014 Dan Patch and O'Brien Awards as three-year-old male pacer of the year, McWicked was the best horse in harness racing in 2018 and swept horse of the year honours in both Canada and the U.S., becoming the oldest pacer to win the U.S. Horse of the Year title. A winner of the Adios, Breeders Crown, Max Hempt, PASS Championship and Progress Pace as a sophomore, McWicked rebounded from throat surgery and battled through foot issues to capture virtually every major stakes event for older pacers. In the seasons between 2017 and 2019 McWicked prevailed in the Mohawk Gold Cup, the Jim Ewart Memorial (twice), the Ben Franklin, the William Haughton Memorial, the Gerrity Memorial, the Canadian Pacing Derby, the Allerage Open Pace (twice), the Roll With Joe, the Dan Rooney Invitational (twice), the Breeders Crown and the TVG Open Pace.

His 2018 bankroll of $1.662 million made him the oldest horse to top North American harness racing's earnings standings at the age of seven. With another million-dollar season in 2019, McWicked boasts earnings of $5,086,646 in his stellar career. The start on Saturday will be his 110th, with a summary of 40-26-16 competing almost exclusively in stakes competition. The son of McArdle - Western Sahara sports a mark of 1:46.2, the third fastest race win time ever.

The future home of McWicked is yet to be determined, with a number of states and provinces as possible locations for stud duty.

"He does have many stud farms on the table, he's got many, many options of farms that want to take him," said Coleman. "Now [Ed's] got to sit down and talk to them and decide which one seems best."

Coleman gave credit to James for keeping the horse on the track, giving both her and the fans the chance to see a superstar continue to compete when many lucrative stud offers were presented over the years.

"You're never going to replace his stall, that's for sure. I've had a lot of nice horses over the years but never one that's made $5 million and races week in and week out, year after year like him. He's eight years old and still winning top open stakes, just won Horse of the Year at seven, it's just absolutely impossible [to replace].

"My first big horse was American Ideal and I thought 'I'll never get one as good as him again' and we've been very fortunate, we've had many that have came since him. Saying that, most of them when they're this top level go to stud after their three-year-old year we don't see them anymore. Ed James was willing to keep this horse racing year after year after year and we got to see late into his eight-year-old year. It was a lot of fun. Having that horse in the barn, you're never going to fill that stall again, it leaves a big empty void no doubt."

Coleman's next crop of potential superstars are currently in training in Florida, including 10 from the first crop of 2016 Horse of the Year Betting Line, as well as half-brothers to Sportswriter and Captain Crunch. As hopeful as one can be with that talent, Coleman is fully aware that McWicked will be nearly impossible to replace.

"I can't say enough about the horse...Even though he's a stud, he's a nice stud. He makes a lot of noise but he's a pleasure to have around the barn. It's definitely going to suck not seeing him anymore."

McWicked will not only leave a void in Coleman's stable, he'll leave a void on the racetrack in the older pacing division as well. The trainer noted that she's never had a horse with such a fan following.

"It's crazy how many people stop by the paddock and see him, they send me messages on Facebook asking if they can come to the barn and see the horse. It was cool to be a part of and I'm sorry to all the fans that they're not going to see him on the track anymore."

The last chance to see McWicked on the racetrack comes this Saturday at The Meadowlands Racetrack. McWicked has drawn post four in the $350,000 TVG Open Pace, a race he won decisively a year ago. After a sick scratch from the 2019 Potomac Pace, McWicked qualified last Saturday at The Meadowlands to prepare for Saturday's start. Regular pilot Brian Sears guided McWicked to a third-place finish behind fellow TVG starter Geez Joe, with his mile individually timed in 1:52.2.

"I admit, watching the qualifier I wasn't happy with it. I wasn't there, I was watching it at home here in Florida. But once I talked to Brian, he said 'listen, I never spoke to him once' and he didn't get to score him down because it's a qualifier, he went right to the gate, and he just came off five days antibiotics."

Coleman couldn't recall the last time McWicked had a high temperature like the one that forced him to miss the Potomac, and the pacing powerhouse understandably wasn't at 100 percent in that qualifier.

"Saying that, he trained much much better on Tuesday, his blood's way better, he's been off the antibiotics for a full week and he's feeling good. He's sharp, he's sound and he's healthy...I like the way everything looks. No I don't think he's 100 percent normal McWicked but I do think he's good enough to give a good showing of himself and hopefully go out with a win. I wouldn't put him in the race if I thought he wasn't right; he's definitely ready to go."