Outlaw C My Shadow One Of Six For Campbell 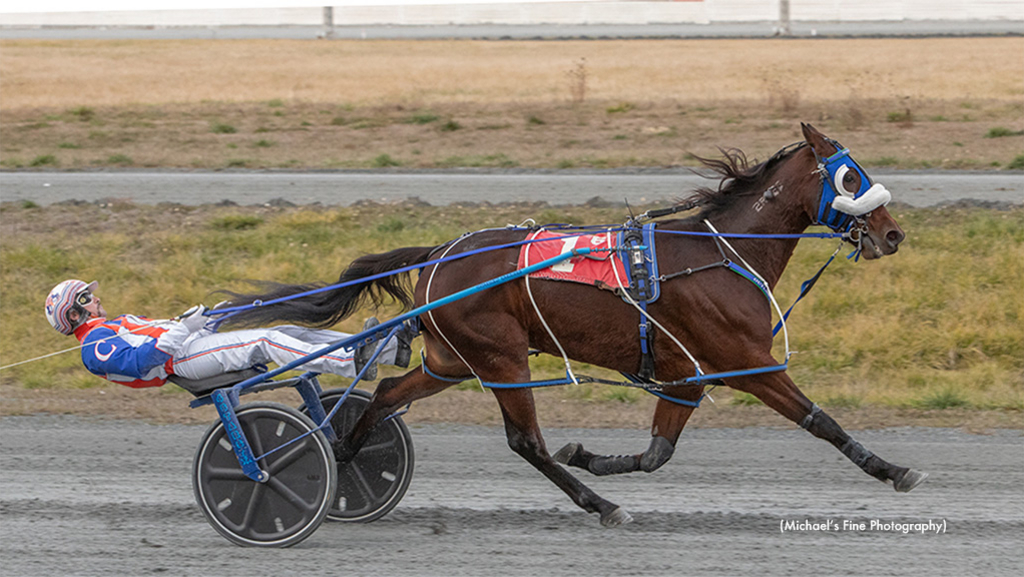 Nine races made up the Sunday afternoon (Nov. 20) card at Fraser Downs and six horses were driven to victory by Brandon Campbell, including the gate-to-wire performance by Outlaw C My Shadow in the $10,000 Open Pace. The remaining three victorious horses on that card were piloted by Kelly Hoerdt.

Outlaw C My Shadow started from the rail as the second choice and left from the gate among his field of five. From the outside position, bettors' choice Armycaptain Hanover (Kelly Hoerdt) moved into the pocket. Through fractions of :26.4, :56.3 and 1:24.3, the field remained single file until the final turn. Campbell and Outlaw C My Shadow separated from their competitors down the stretch to win by 2-1/2 lengths in 1:51.4. Hoerdt and Armycaptain Hanover came in second 2-1/2 lengths over Waitin Ona River (Kevin Anderson).

Outlaw C My Shadow is trained by Connie Kolthammer, who also shares ownership as part of the Outlaw West Stable of Alberta. A son of Shadow Play, the five-year-old gelding earned his fourth win of the season and moved his career record to 11-12-15 in 81 starts with $130,322 in lifetime earnings.