Shadow Play On The Move 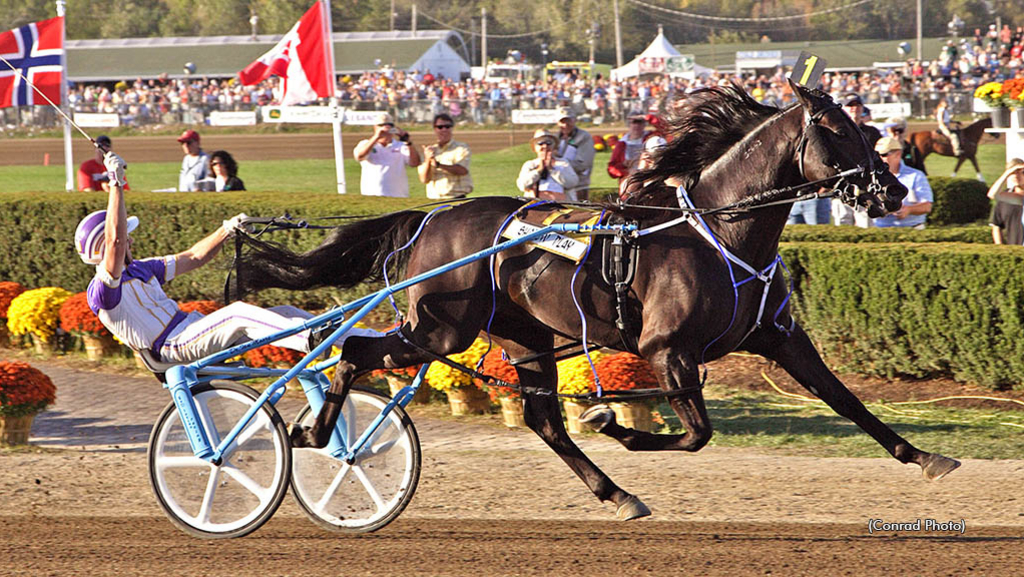 Shadow Play, Canadian Horse Racing Hall of Fame inductee and sire of the fastest Standardbred in history, will have a new home for the 2023 breeding season.

A 20-time career winner with more than $1.5 million in earnings, Shadow Play took his lifetime mark of 1:47.4 in the U.S. Pacing Championship at The Meadowlands as a four-year-old. His racing career highlights include winning the 2008 Little Brown Jug and setting a world record for three-year-old colt and gelding pacers on a five-eighths-mile track of 1:48.2 in the elimination of the Coors Delvin Miller Adios. Trained by Dr. Ian Moore, the son of The Panderosa-Matts Filly also won the Adios final, Windy City Pace and American National Stakes during his sophomore campaign and finished second to Somebeachsomewhere in the Messenger Stakes and Breeders Crown.

"Shadow Play has some exciting crops coming up," said Blue Chip Farms in a press release. "He bred 121 and 125 mares, respectively, the last two years, up significantly from the year previous."

Shadow Play will be standing in New York  for 2023. His stud fee will be $6,000. Anyone wishing to breed to Shadow Play in his new location before his book fills up this year should contact Blue Chip Farms at 845-895-3930.

(With files from Blue Chip Farms)