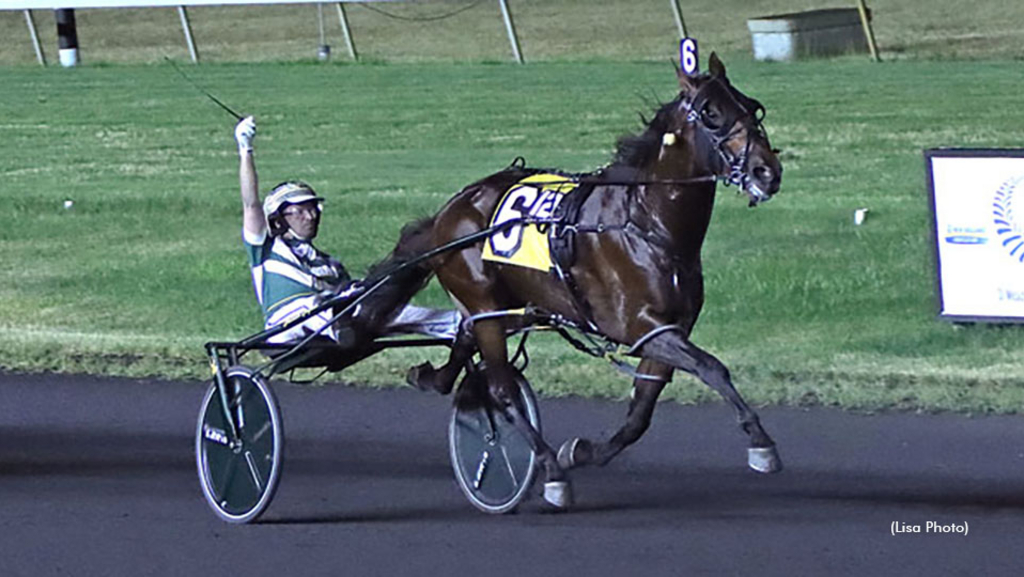 After a six-week absence because of throat surgery, Meadowlands Pace champion Beach Glass is ready to return to the races in the first of Thursday’s two $35,000 Progress Pace eliminations at Bally’s Dover.

Beach Glass will start from post five in the six-horse field and is the 5-2 morning-line second choice with Yannick Gingras driving for trainer Brent MacGrath. I Did It Myway, the Kentucky Championship Series winner coming off consecutive second-place finishes in the Breeders Crown and Matron Stakes, is the 2-1 favourite.

The top four finishers from each elimination advance to the Progress Pace final on Nov. 23 at Dover. Pebble Beach, who counts the North America Cup, Breeders Crown and Matron among his nine victories this year, is the 8-5 favourite in the second elim.

Beach Glass has finished no worse than second in 14 of 16 career races, winning 10. The homebred son of Somebeachsomewhere-Im With Her has earned $1,044,916 for the Schooner II Stable ownership group.

This year, Beach Glass has won seven starts, with the Cane Pace, Max C. Hempt Memorial and a division of the Simcoe Stakes joining the Meadowlands Pace on that list. His only finish worse than second in 11 races this season came in a division of the Bluegrass Stakes on Oct. 1 at Lexington’s Red Mile, where he led to the stretch before ending up fourth.

Beach Glass had surgery to correct a trapped epiglottis two days later and was being pointed toward a return in last month’s Breeders Crown, but a second surgery was required. He heads to his Progress elimination off a 1:50 qualifier win, with a last quarter in :26.2, this past Friday at Woodbine Mohawk Park with Paul MacDonell in the sulky.

“He was stronger than I thought he would be,” said MacGrath. “He was phenomenal.

“It was our goal to get him back to the races this year to make sure we had the problem fixed and it appears as though we’ve got it licked. We scoped him again after the qualifier and he scoped perfect.

“We’re very happy with the results of the surgery. He’s just a different horse. He’s a lot happier. He’s eating better, he’s feeling better. If Friday is any indication, he’s going to race better too. He’s healed up very quickly. You wouldn’t even know he had surgery.”

MacGrath, who is based in Nova Scotia and among the horse’s owners, during the summer discussed the idea of racing Beach Glass as a four-year-old. With the colt back in action, a 2023 campaign remains in the cards.

“Definitely,” said MacGrath. “That plan never changed, as long as he was healthy. We want to race him bad next year. He’s a perfect horse to race as a four-year-old.

“There is some nice racing on the half-mile [tracks] and he liked the half-mile in Nova Scotia training down. I see no difference in him on the half as on the big track; he handles the turns just as well on the small track. I think he will be very handy on half-mile tracks.”

The early-season MGM Borgata Pacing Series would not be a target, but races such as the Charles Juravinski Memorial Cup at Flamboro Downs and Battle of Lake Erie at MGM Northfield Park could be.

“I’m going to train him [on the half] in Nova Scotia all winter, so he’ll be used to it again,” said MacGrath. “We’ll know how it’s working out and judge it accordingly. We’re excited about the opportunities next year.”

For now, though, MacGrath is focused on the opportunity this week for Beach Glass.

“Hopefully, he’ll have a good go Thursday night,” said MacGrath. “We’re looking forward to it. We’re excited. He seems good. What else can you say?”

The first Progress Pace elimination is race eight on the 15-race card. In addition to I Did It Myway, who starts from post one with Andy McCarthy driving for trainer Tony Alagna, the field includes Pennsylvania Sire Stakes champion and Little Brown Jug runner-up Fourever Boy. The colt is 7-2 with Dexter Dunn in the sulky for trainer Tim Twaddle.

Pebble Beach will start from post four in the second elimination with Todd McCarthy driving for trainer Noel Daley. Mad Max Hanover, who finished second in the Meadowlands Pace, Cane Pace and Tattersalls Pace, is the 5-2 second choice with Tim Tetrick handling the lines for trainer Jake Leamon.

To view the complete entries for the card, click here.