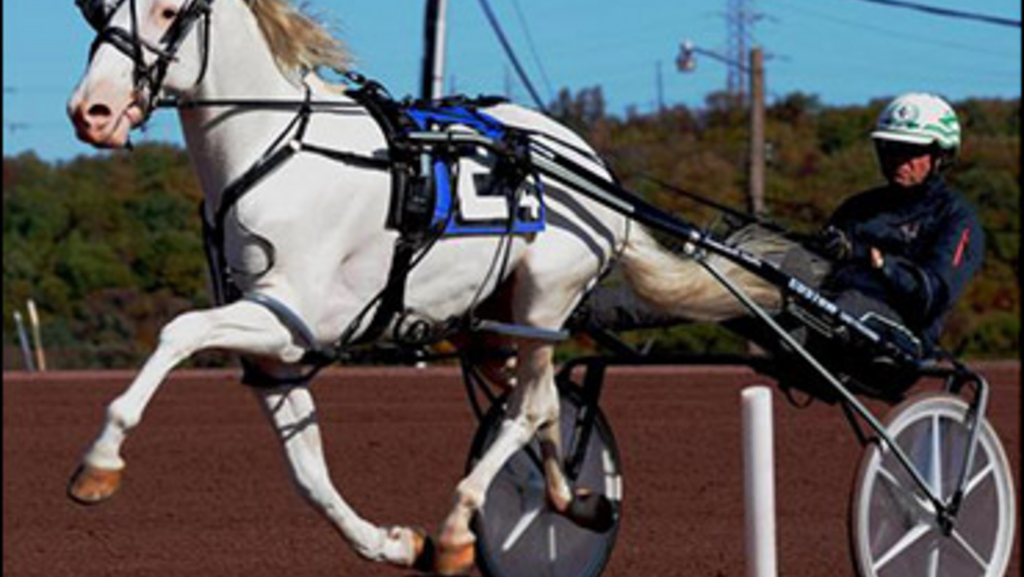 It wasn’t a Hollywood ending for White Bliss in his pari-mutuel debut Tuesday evening at Pocono Downs, but the white colt’s connections would have to be pleased with his third-place finish.

Trained and driven by Ake Svanstedt, White Bliss got away fifth before being shuffled to sixth as the field reached the mid-way point of the $12,000 event for horses that were non-winners of a race. He was fifth at the three-quarter pole before advancing to fourth at the top of the stretch. After chasing fractions of just :27.3, :57.1 and 1:24.4 the youngster, who was sent off at odds of 4-1, fired home in :28.1 to finish third – a mere length behind the eventual winner.

Great effort from White Bliss as he came in 3rd and was boxed in on the back strech but finished with speed under his hoofs. So pleased!

The son of Art Major-Coochie Mama, who paced his own mile in 1:53.4, for Knutsson Trotting Inc. (Michael Knutsson and Tristan Sjoberg) and Asa Sjoberg. White Bliss sold for $240,000 at the 2013 Standardbred Horse Sale.

The colt prepped for his debut with three qualifiers at Pocono Downs. He was timed in 1:56.3 in the most recent, on Oct. 23.

(With files from HRC)