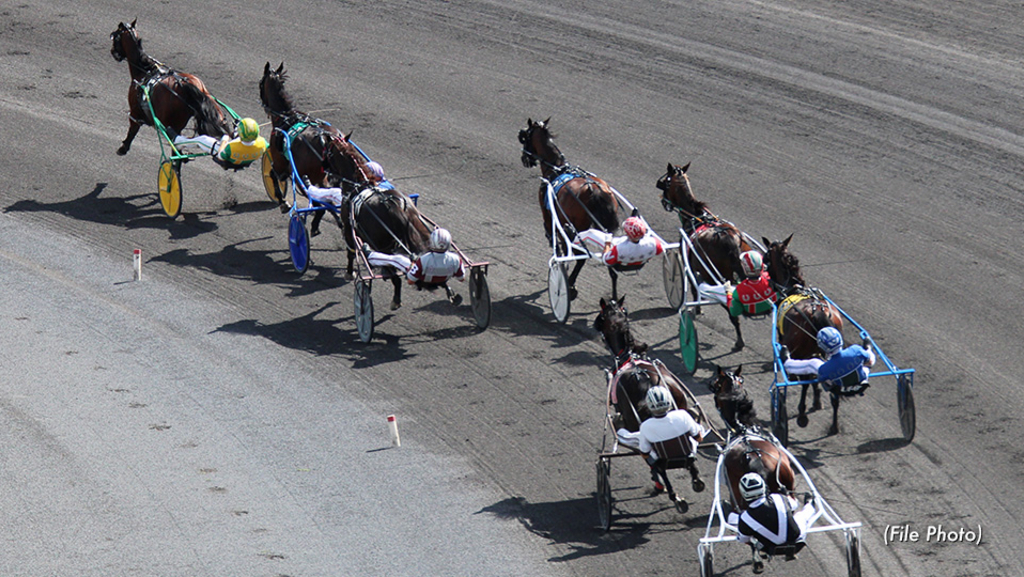 The Bar Hopping sophomore gelding Champagne Hanover has now won two straight after holding on to turn away Archery Seelster in the $14,400 featured trot at Harrah’s Philadelphia on Thursday afternoon (Nov. 10).

Jack Pelling made two early moves with the three-year-old to control the throttle, then met a stern challenge from Yonkers invader Archery Seelster from midbackstretch onwards. The uncovered rival raced courageously but Champagne Hanover himself proved game and won by a half-length in 1:55.2, missing his lifetime mark by a tick. Annie Stoebe, trainer of Doherty winner Instagram Model, and that filly’s owner R. Lynn Curry combine on this promising youngster with co-owner Philomena Curry.

The veteran Lindy The Great moved his lifetime earnings up to $1,607,256 with a 1:53.3 victory in the $13,000 fast-class featured trot. Andy Miller tucked the son of Crazed in fourth on the first turn, then moved him out raw down the back. He picked up the cover of pocket-sitter Robbie Pev nearing the three-quarters, then had enough to go by that good rival by three-quarters of a length for trainer Julie Miller and owners Andy Miller Stable Inc., John Schmucker, John Mehlenbacher, and VIP Internet Stable.

This contest was part of a sequence of four races where five different Millers were victorious: in order of occurrence, Marcus, Andy, David, and Tyler Miller steered a horse back to Victory Lane, with Andy’s winner in the chain, Lindy The Great, as mentioned trained by wife Julie. Andy Miller also led all drivers at Philly on Thursday with three victories.

Friday’s (Nov. 11) $15,300 featured pace is headed by Trendy Teen, who has four wins and three seconds (all by a half-length or less) in his last seven starts, and who will start as the 8-5 morning line favourite from post 5 in the field of eight.