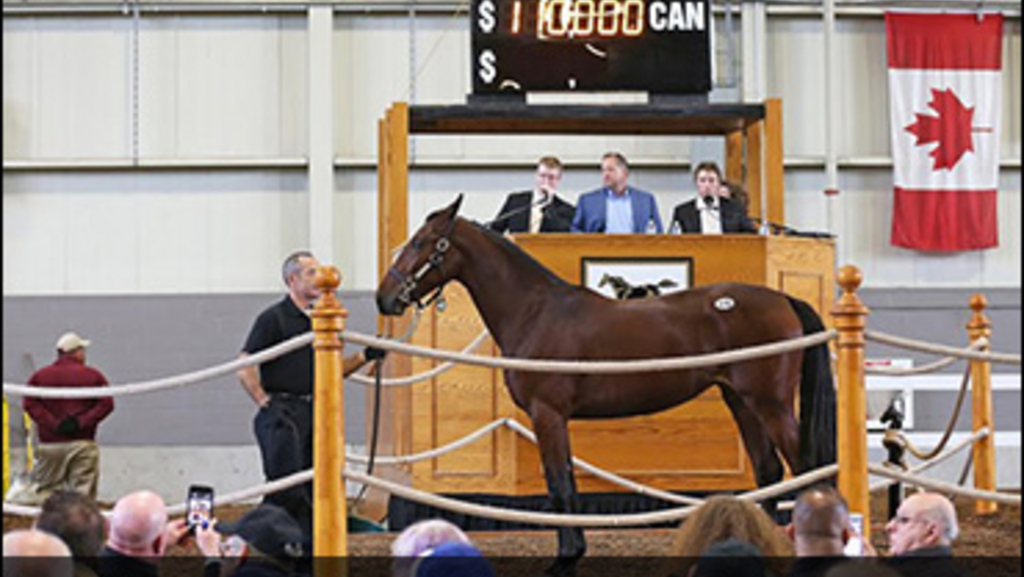 Reaction from buyers and consignors is overwhelmingly positive in light of a strong 2016 Forest City Yearling Sale.

The sale, which took place Sunday (Oct. 23) at the Metroland Media Agriplex in London, Ont., saw 133 yearlings sell for a gross total of nearly $3.5 million. The gross was up despite selling three less yearlings than in 2015, where the sale was comprised of 136 yearlings which sold for $3,197,000.

“I think the sale reflected a show of optimism for the industry and confidence in the product. The industry seems to be turning a corner especially with the incentives now being offered,” noted sale manager Ann Straatman. “It appears that breeders are looking at offering quality over quantity.” 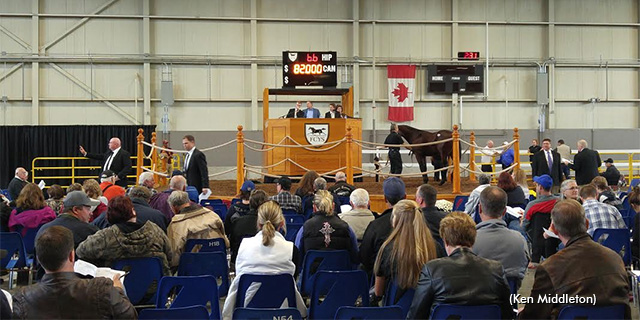 Trainer Tony O'Sullivan purchased five yearlings at the 2016 Forest City Yearling Sale, and his assessment of the sale also spoke to the strength of the horses offered.

"I think it was pretty good. There were some good-looking horses there and the prices reflect it," O'Sullivan told Trot Insider. "I figured the two Mach Three colts we bought would be $50-60,000. You always hope for less but that's what I kind of figured. Honestly, what I bought, I thought that was the number they should have gone for."

"It appeared to me, as the sale progressed, if you wanted a decent one out of that sale -- and that sale had a lot of quality individuals in it, a lot more than some years in London -- quality as an individual, and quality on the pages, and that's what you're going to be racing against up here ... if you wanted a quality yearling out of that sale, you were going to have to pay for them.

"There were about six Shadow Plays I liked and they all went for more than $50,000."

On the pacing side, Mach Three ($40,286) and Shadow Play ($33,786) topped the sire averages. Pacing colts boasted a solid average in excess in $32,000. Of the 14 Mach Threes sold, four will report to the O'Sullivan barn. Moore purchased two yearlings, both by Shadow Play.

"There were certainly more pacers in the sale than trotters but I think the strength of the pacers held throughout the entire sale," said Seelster Farms' Walter Parkinson. "People wanted a well-bred, well-conformed horse from the popular sires, and they sold." 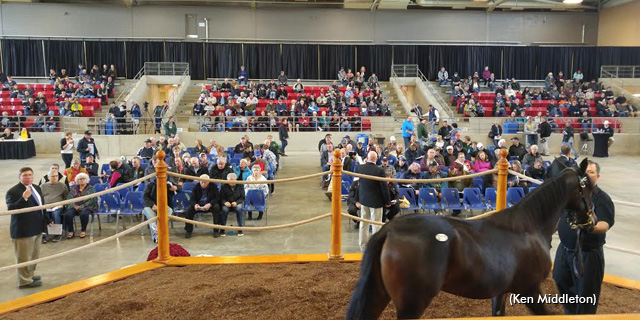 Parkinson also pointed to a number of factors that helped strengthen the sale's numbers.

"Supply and demand is still in our favour, I think there's still big demand for the low supply that we have," he noted. "Certainly the incentives, the new $2 million owners' bonus that will be in effect next year as these yearlings turn two...the relative strength of the OSS program is very good and there's certainly a more positive outlook now that we've duplicated and increased sale results these past two seasons. There's still a lot to be optimistic for and people showed that with their buying habits yesterday.

"I think people were feeling if you didn't get a horse yesterday then your last opportunity if you want an Ontario Sired horse, and their numbers are down significantly too for Ontario Sired, is Harrisburg. And the dollar is in our favour. People want to spend their Canadian dollars in Canada versus having to pay the exchange on it."

The exchange and the incentives were acknowledged by both Moore and O'Sullivan.

"There's obviously renewed enthusiasm because we're kind of secure," said O'Sullivan. "The breeding incentives and the Ontario Bred incentives, you can get an extra cheque at the end of the year...that's huge."

"It seemed yesterday that a lot of people expressed the sentiment that they weren't going to spend the extra 30 percent in the U.S.," offered Moore. "Anything that looked good and any kind of line, people were willing to spend money on them."

That enthusiasm was certainly noted and appreciated by the consignors.

"We were very pleased," said Winbak Farm's Garrett Bell. "It was a good sale with good horses, a lot of people were there. I think it shows that the Ontario program is on its way back if not already here...so we were very happy.

"I think the biggest pleasant surprise was the amount of people that were there, and that they were willing to spend money."

Parkinson was equally impressed by the response of the buyers.

"A great sale, we were extremely pleased with our consignment and certainly happy with the reception people had for our yearlings. Our average was just under $36,000 and our median was really strong, which I was happiest to see. I think we had a median of $31,000, that was awesome. I don't know if the farm, in my time, has had a median that was that strong.

"We had a strong showing of viewers on Saturday for viewing day but certainly it was very busy the morning of the sale. People wanted quality yearlings and they spent right from the start of the sale to the finish."

One of those six-figure yearlings purchased by Moore was from the Seelster consignment, Atomic Seelster. The son of Shadow Play out of the Astreos mare Angelina Seelster is a half-sibling to the Mach Three mare Aniston Seelster ($193,683 - 1:52.4) but Moore saw something more than a pedigree page of black type.

"Of all the babies I've looked at by Shadow Play since he's been at stud, he'd be the one that most closely mirrors his father in terms of his look," confessed Moore. "I'm glad he stopped at $100,000 because I would not have went to 105. That was the limit."

"I kind of thought the filly would go for a bit of money, based on her family. Six of us are in on her. We're all very happy...a lot of the original Arthur Blue Chip group and the Shadow Play group are in on her. She's a really nice filly. We like her. When I look in her eyes and at her face today she looks a lot like Arthur so hopefully she'll be as good as he was."