Fools Rush In Rushes To Victory In Meadows Feature 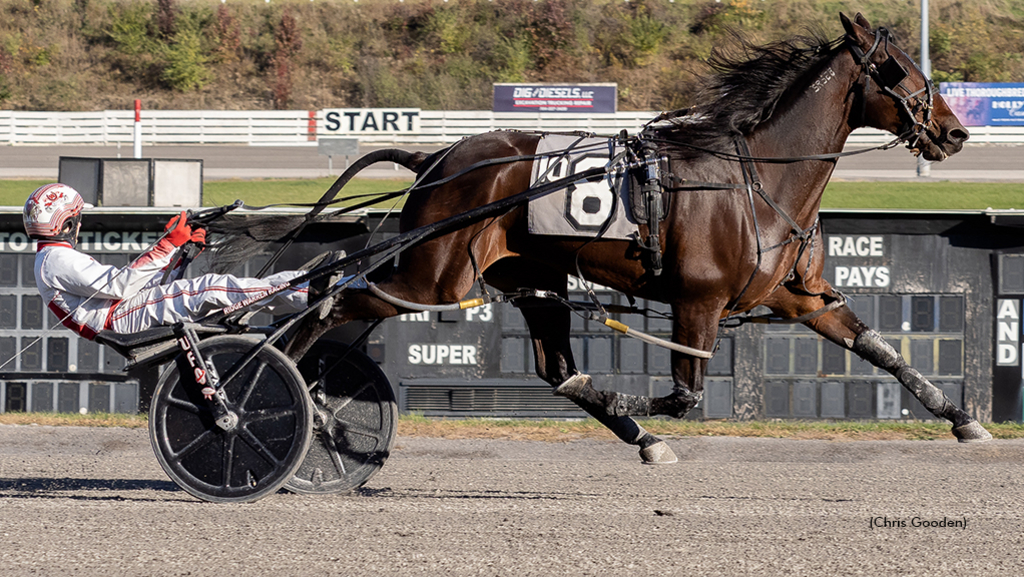 Fools Rush In outkicked 2-5 favourite Youmakemyheartsing in the lane to capture Friday’s feature at Hollywood Casino at The Meadows, a $15,400 claiming handicap pace.

Fools Rush In zipped to the lead from post eight for Ridge Warren but released Youmakemyheartsing when the favourite challenged at the quarter. In the stretch, however, the five-year-old American Ideal-Foolish Kiss gelding was by far the stronger horse, downing Youmakemyheartsing by 3-1/2 lengths in 1:52. Like A Shadow finished third.

Justin Pirillo trains Fools Rush In, who boosted his career bankroll to $128,317, for Thunder Racing Stables.

Dave Palone collected four wins on the 10-race card, including a pair for trainer Ron Burke.

Don Sherman and Fingals Wave found another gear in the stretch and drew off to an eight-length rout in Friday’s $9,000 leg of the Great Lakes Amateur Driving Association (GLADA) trotting series.

Tom “Mayhem” Svrcek, driving Whiskey Lindy, cut the fractions through three-quarters, but when Sherman and Fingals Wave — the 1-9 favourites — moved through the final turn, they were gone in a heartbeat, scoring in 1:56.1. Joelene Christman and Romanee Blue Chip finished third while Bob “Bomber” Barnard and Luvcrunchess completed the ticket.