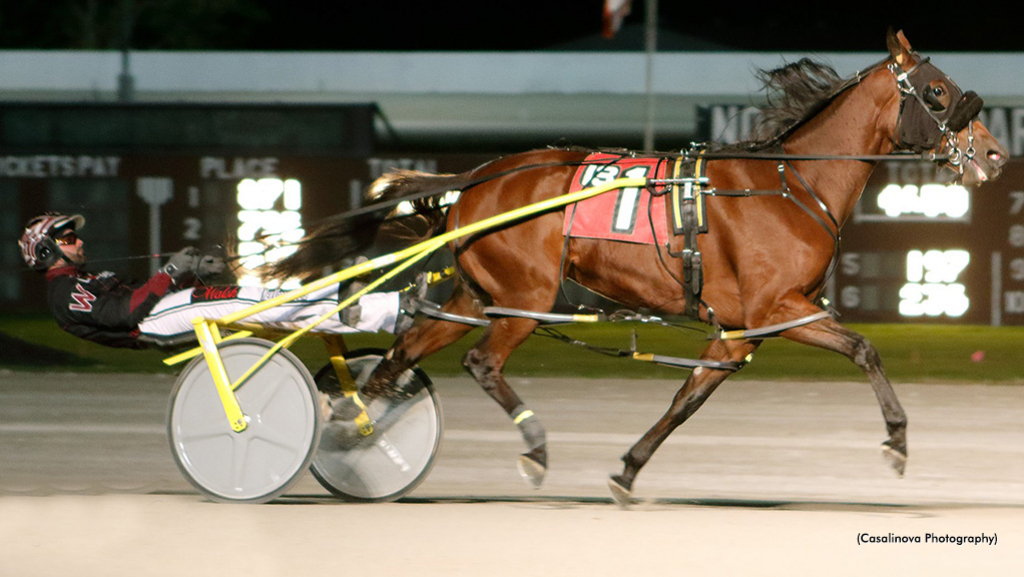 Mark MacDonald left alertly with Valar Dohaeris. The pair dueled until the mid-point of the first quarter when MacDonald decided to take a hole in the pocket.

"I wanted to push hard leaving the gate," said Wrenn Jr. after the race.

Exiting the first turn, Captain Cowgirl tried to make a move from third but broke stride. Galleria Hanover led by 1-3/4 lengths past the opening quarter of :27.3. Coming to the half, Lookatmyrapsheet flushed Cape Cod Hanover out of the three-hole to challenge the leader. Galleria Hanover, under confident handling, got to the half in a leisurely :56.1.

Moving past the five-eighths pole, Cape Cod Hanover moved within three-quarters of a length of the leader but, approaching three-quarters, Wrenn shook the lines at Galleria Hanover and she kicked clear to a 1-3/4-length lead past three-quarters in 1:23.2. Through the stretch, Galleria Hanover edged away to win by 5-3/4 lengths in 1:50.4 over Valar Dohaeris, who got a perfect trip in the pocket. Give Me This Dance finished third, and a hard-closing Sweet Treasure took fourth.

It was the fifth win of Galleria Hanover’s career of 28 starts for trainer Ron Burke and owners W. J. Donovan, Purnell & Libby, and Joe Sbrocco.