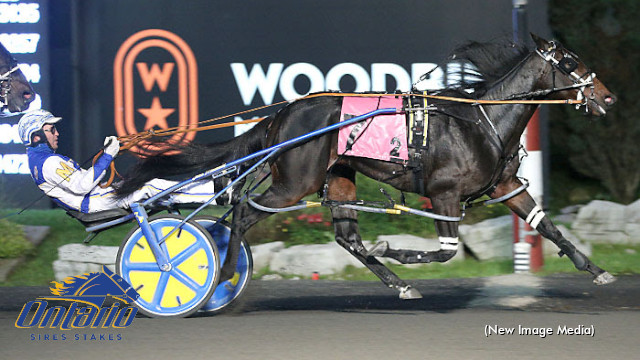 Driver James MacDonald made his move with Prohibition Legal from an early three-hole after the :27.1 opening quarter, taking command from her quick-leaving stablemate Silver Label (Sylvain Filion). From there, she cruised through middle splits of :56.2 and 1:25.1 with confidence en route to the 1:52.1 victory with Silver Label keeping pace to finish one length behind in second. Balance (Scott Zeron) advanced first-over from the backfield to finish third ahead of Love That Smile (Louis-Phillippe Roy).

With three-time Gold winner Silver Label finishing second, it was a 1-2 finish for trainer Nick Gallucci and owner/breeder Millar Farms of Stouffville, Ont.

"What a wonderful filly," said George Millar of Prohibition Legal. "She just hasn't done anything wrong all year. She's had a little bit of bad luck with sickness but other than that, she's just been kind of perfect. She always seems to show up. I guess, that's what they tell me, good racehorses do. The nice thing is I raced her grand dam Little Black Book and her mother Catch A Wish and now I'm racing her. I'm kind of looking forward to in three or four years maybe starting to train some of her babies. It's nice, they've got a home for life so it's pretty exciting."

The homebred Big Jim-Catch A Wish filly topped the OSS two-year-old pacing filly division with victories in all five Gold Series legs during the regular season. She is now eight-for-nine overall, with her only loss a runner-up finish in the Shes A Great Lady Stakes. The lion's share of the purse boosted her bankroll to $564,204. 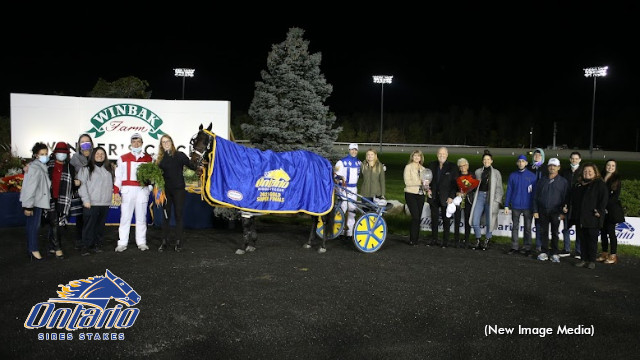 "It was very special," said Gallucci of his first Super Final victory and the added bonus of a 1-2 finish with his trainees. "We trained them both down at the farm and to have them make it the whole year like they did and have pace at the end, it was very special."

Be sure to check out the rest of the recaps in the 2021 Ontario Sires Stakes Super Final News Centre.